This is TMU: Our Brand Mark 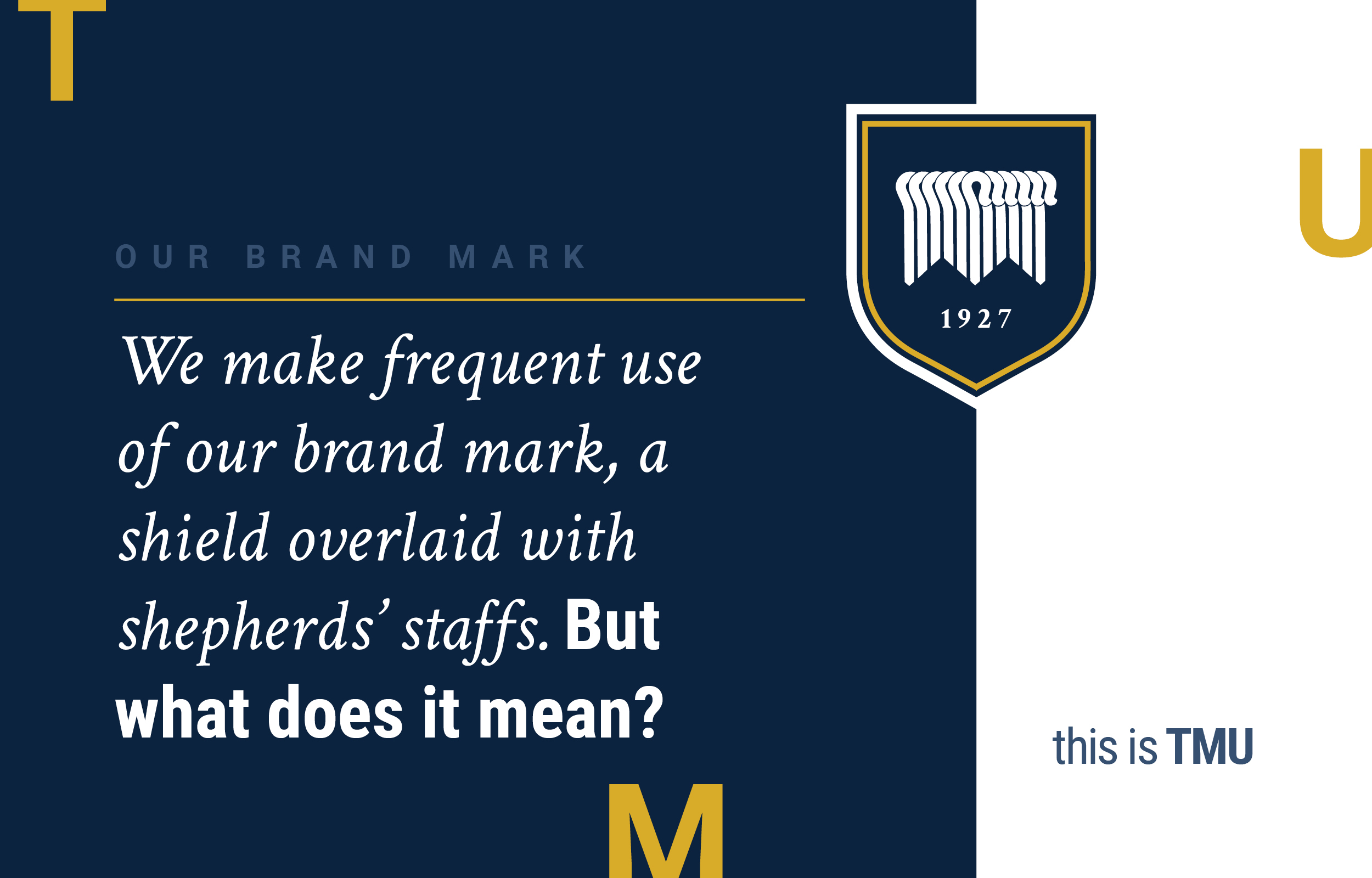 The Master’s University began to widely use its current brand mark, in its original form, in the early 2000s.

Though it has since been simplified, the core elements of the design have remained, because they hold an enduring symbolic value to the heart and mission of TMU.

First and foremost, the shepherds’ staffs symbolize our great shepherd, the Master of The Master’s University: Jesus Christ. They also represent our mission as an institution to shepherd our students. In turn, our students go out into the world to shepherd (disciple) others.

The bottoms of the staffs form the shape of an M, and this symbol likewise has multiple meanings. Firstly, the M stands for the Master. Secondly, the shape represents two mountains. Throughout Scripture, mountains serve as a symbol of God’s presence, revelation and protection (Exodus 24:12; Psalm 125:2).

The Master’s University was founded as Los Angeles Baptist Theological Seminary in 1927. Though we’ve changed our name, our location and our program offerings since then, our commitment to Christ and Scripture has remained the same since the very beginning. In celebration of this legacy of faithfulness, we include the year of our founding on the shield.

TMU’s official seal has a much longer history than our brand mark, having been based on a seal used during our very first years as an institution in the late 20s. The Greek text is a quote from Revelation 1:9, which reads this way: “I, John, your brother and fellow partaker in the tribulation and kingdom and perseverance which are in Jesus, was on the island called Patmos because of the word of God and the witness of Jesus” (LSB).

The seal also features a reference to Ephesians 2:20, which reads this way: “Having been built on the foundation of the apostles and prophets, Christ Jesus Himself being the corner stone” (LSB).

Together, these two verses reflect TMU’s commitment to standing firm on the foundation of Christ and Scripture.

This is TMU: Our History