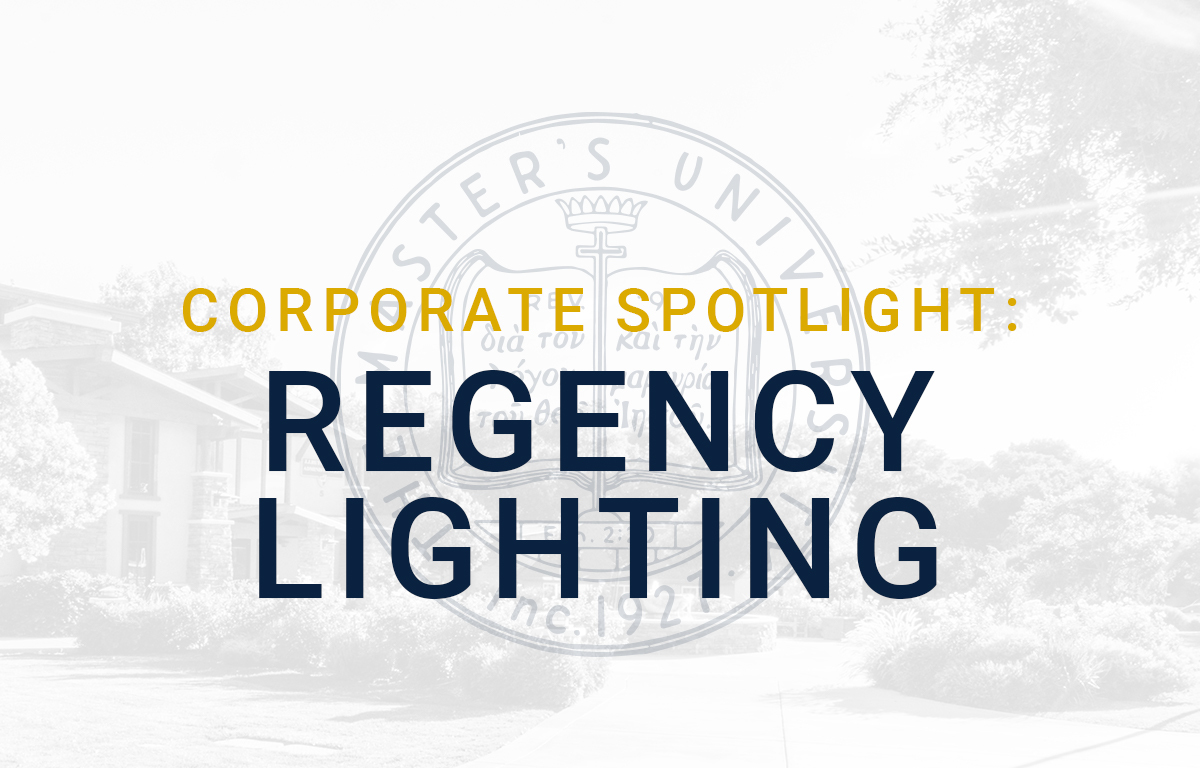 When employees enter the headquarters of Regency Lighting in Chatsworth, California, they’re greeted by a reminder of the company’s priorities.

Signs hanging near the building’s entrance display the names of Regency’s non-profit partners — organizations like ZOE International and Joni and Friends. The posters may be a simple gesture, but they’re one way of showing each team member that they’re part of something bigger than simply one of the nation’s leaders in the lighting industry.

“People want to be part of making a difference in other people’s lives,” says Evan Regenstreif, CEO and co-owner of Regency, which has offices in Chatsworth, San Francisco, San Diego, New York and Atlanta. “And that’s really what keeps people motivated. It’s like, ‘I can go get a paycheck anywhere. But I want to earn my paycheck working with people I enjoy and where there’s a greater calling, a greater mission, a bigger story than just selling light bulbs.’”

As a full-service lighting distributor, Regency guides its customers through all stages of the lighting process: from pre-construction design support and energy-saving retrofit projects to on-site maintenance and easy product replacement.

Regency does this in several ways.

First, Regency supports dozens of non-profits. In 2016, it partnered with Connect 2 Ministries to build an orphanage in Haiti. The project was designed to house 100 children, their caregivers and an on-site school. Regency has also worked with Joni and Friends to collect wheelchair donations that are then refurbished and shipped overseas. And in another instance, Regency supplied funds to ZOE International for a shelter dedicated to boys caught in the sex trade in Thailand.

With each of its non-profit partners, Regency provides opportunities for its employees to engage with the organization, whether through missions trips, local events or giving.

Regency also operates according to a set of values expressed in the acronym R.I.S.E.

The first part is “relationship.” The company believes all people — employees, customers and vendors — deserve respect, and it views healthy relationships as one of the most rewarding parts of its business. Put another way: The company prioritizes people over process.

That’s been the case ever since Mike Goldstone and Ron Regenstreif founded Regency in the early 1980s. Ron’s three sons — Evan, Isaac and Judah — all watched closely and now exercise the same people-first mindset in their roles as co-owners.

Employees aren’t robots, Evan says. They have lives outside of work that can’t always be set aside when they walk through the door. When they’re having a bad day, there is likely a reason. And Regency is a place where people want to help.

“The question is how do I have the type of relationship with that team member to where I can actually help them or serve them? Or where I can say, ‘Hey, what can I do to make your day better?’” Evan says. “If we have that perspective, then it gives us the ability to reach out to people who may not share our faith (in Christ) or may be struggling or discouraged in their faith. We’re dealing with messy people, myself included. I don’t jump out of bed with a smile on my face every morning. I do my best to choose to do that, but circumstances sometimes get in the way. It sure is a lot easier to overcome those things when I walk into the office and somebody says, ‘Hey, what can I do to help you today?’”

Jake Dennis, a project manager and one of more than 200 alumni of The Master’s University who have worked at Regency in the past 10 years, has seen the benefits of the environment Regency has fostered.
“There’s a great sense of teamwork and camaraderie,” he says. “Even though we may all work in different departments, everybody’s working together toward the goal of helping our customers.”

Integrity is another prime concern at Regency. The company wants to earn its customers’ trust by displaying honesty, sincerity and a strong work ethic. While it isn’t a Christian company, per se, Regency’s leadership seeks to work in a way that would honor the Lord. That’s why praying in executive meetings is a regular occurrence, and when business decisions have the potential of contradicting biblical principles, “we’re not even going to touch it with a 10-foot pole,” Evan says.

The “s” in R.I.S.E stands for “service,” or, as the company says on its website, “exceptional customer service that distinguishes us in the industry and results in high customer satisfaction.”

Says Dennis, “Sometimes that means putting in extra time to get lighting to a customer on a deadline. We’re going to do whatever we can to take care of our customers.”

The final letter in Regency’s core acronym stands for “expertise” — a value that benefits both the company’s employees and its customers. Practically speaking, Regency equips each team member with the skills and knowledge necessary to exceed a client’s expectations.

Dennis is a good example. He says he knew almost nothing about lighting when he accepted a position at Regency almost 10 years ago.

“I knew nothing about how many kinds of light bulbs were out there or anything about it. Most people don’t,” he says. “They gave me basic product training when I started out and taught me all the ins and outs of different kinds of lights, different technologies that are available. And really, Regency is where I learned sales. It’s where I learned project management. I’ve learned so much here.”

“It’s not good enough just to be service-oriented and have great relationships and have integrity in what you do. You still have to display expertise and be growing in your skills,” he says. “That’s the calling of being excellent as a believer. It doesn’t mean you’re perfect. It doesn’t mean you have to be the best. But you have to utilize the God-given gifts He’s given you and try your very best.”