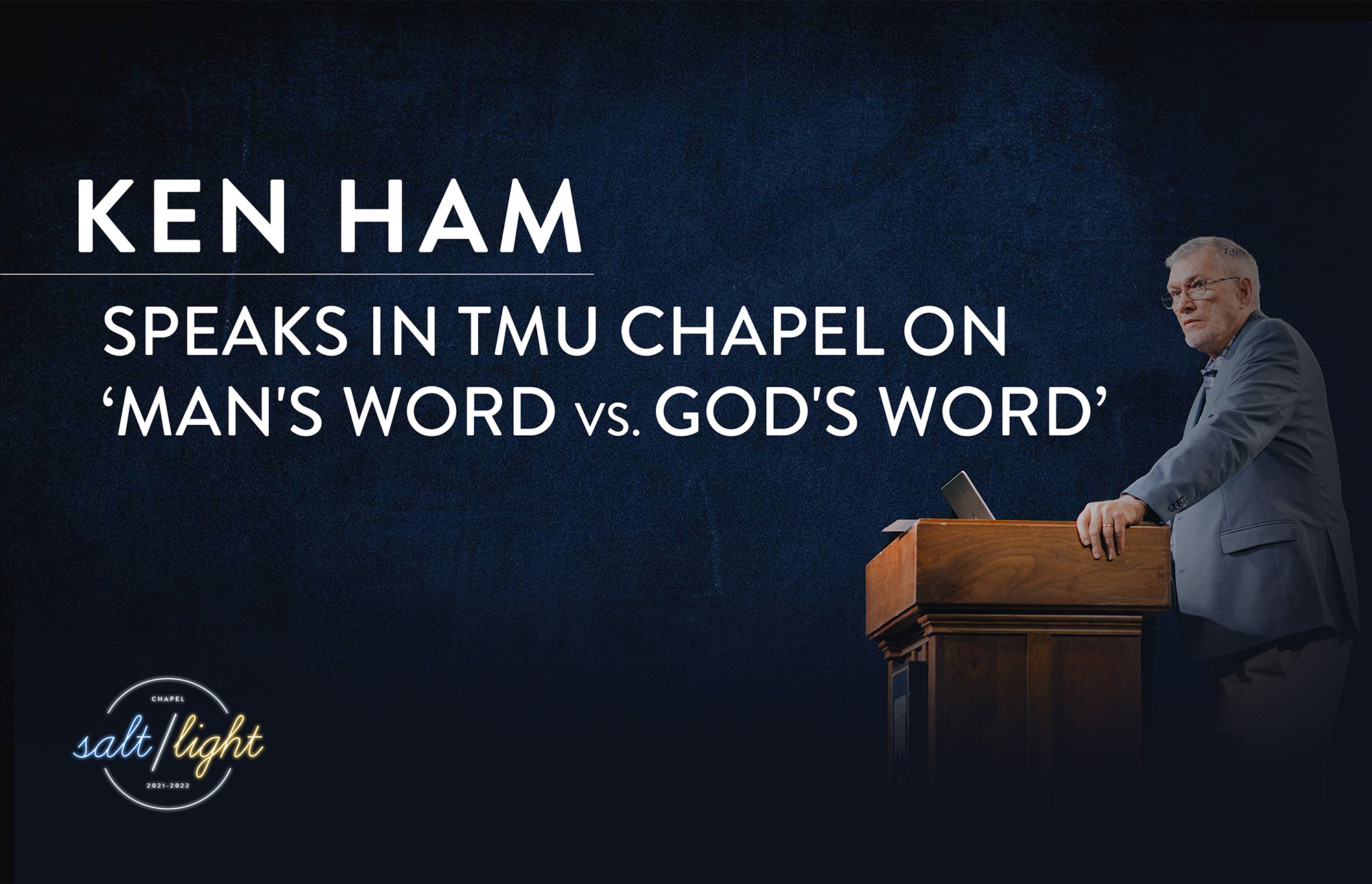 On Monday, The Master’s University was pleased to welcome Ken Ham as its guest chapel speaker. Ham is the founder and CEO of Answers in Genesis, an apologetics ministry responsible for projects like the Creation Museum and the Ark Encounter.

In chapel, Ham explained that many of the most pressing cultural issues of the day – from abortion to identity politics – stem from one problem: Many people today, including many people in the church, have chosen to trust man’s word over the Word of God.

Ham’s message drew from his recent book, “Divided Nation: Cultures in Chaos & A Conflicted Church,” which exhorts the church to stand firm in a world that’s divided into two mutually exclusive worldviews.

“You know, when people ask me, ‘What has happened to America?’ I say, ‘It’s very, very easy to understand,’” Ham said. “You take generations through an education system that teaches them the Bible is not true, you teach them evolutionary naturalism – which is atheism – as fact, and you tell them there’s no God, then who decides right and wrong? They do. Then, ultimately, anything goes.”

This way of thinking has led to confusion about gender; declining church attendance; acceptance of evolution; and the normalization of divorce. Issues like these have infiltrated Christian circles, Ham said, because many churches and Christian institutions have failed to stand for the absolute truth of God’s Word starting on page one, with the account of creation in Genesis.

Ham’s main point was this: Instead of taking aim at the various cultural battles of the day, which are only symptoms of the problem, we must address the problem itself, which is the foundational worldview that prizes man’s “revelation” over God’s. And this worldview is nothing new; it was this same temptation to doubt God’s Word that drew Eve into humanity’s first sin.

Ham said he was glad to speak at an institution that felt the same way.

“It’s great to be at a college that actually believes God’s Word, beginning with Genesis. They are sort of rare colleges today, and so I love being able to be here and promote The Master’s University.”

All of TMU’s programs, including its biological science and geoscience programs, are committed to a biblical view of origins. To learn more about TMU’s School of Science, Mathematics, Technology & Health, see this page.