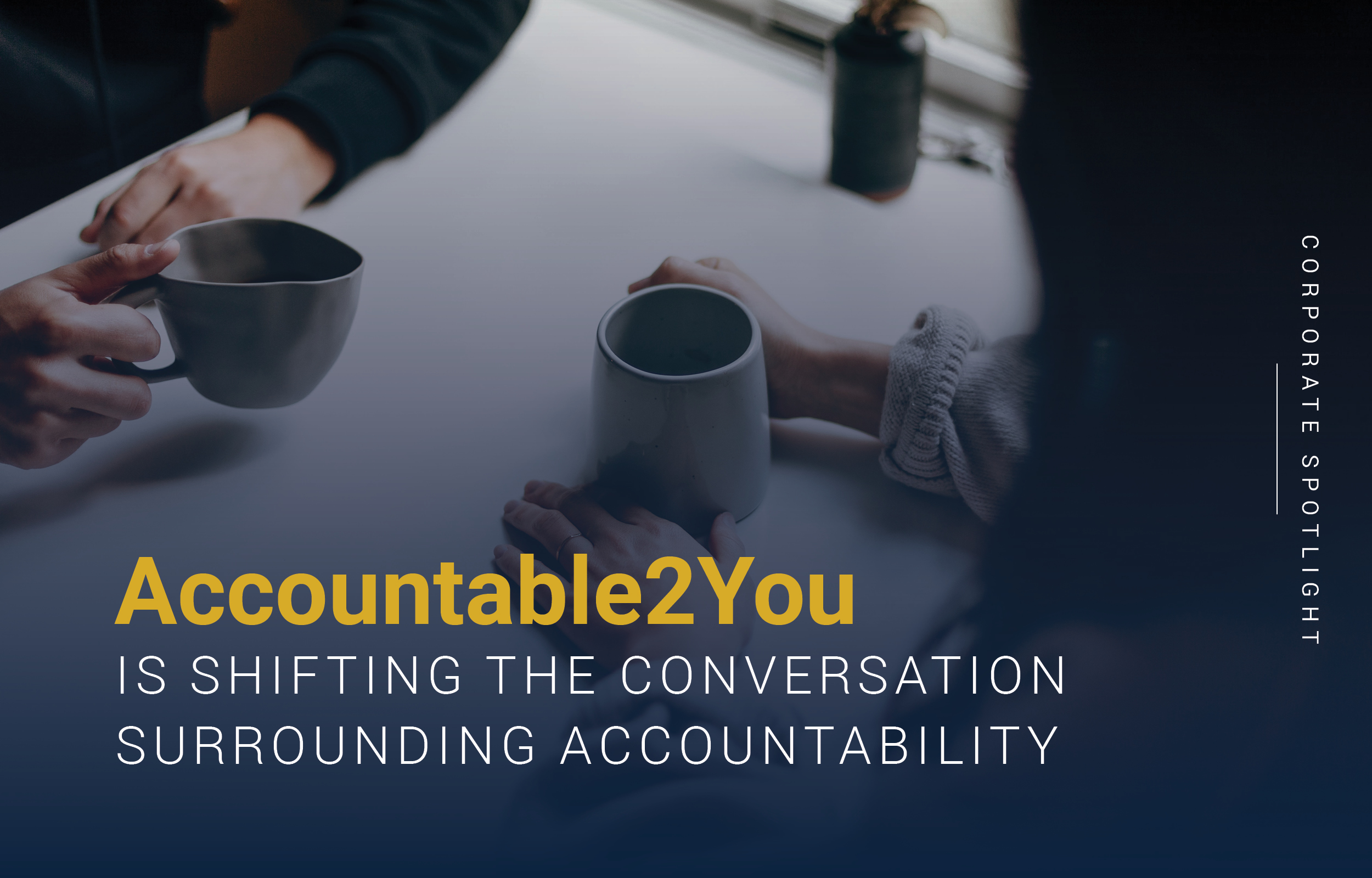 The word “accountability” sometimes conjures feelings of shame or defensiveness. It is often only pursued after something has gone wrong.

But one couple doesn’t believe accountability needs to be viewed this way.

Ben and Alissa Lawrence, co-founders of Accountable2You and friends of The Master’s University, have been working to change misconceptions surrounding accountability through how they design and talk about their software), which monitors computer and phone activity for the purpose of purity and integrity.

One issue they are trying to change is the stigma surrounding accountability.

Ben says, “Accountability apps often come with a negative stigma, promoted simply as apps to help people quit looking at explicit content. The problem with accountability today is that it usually is sought out too late — after sin enslaves an individual. We want to remove this stigma and promote a healthy culture of transparency and accountability, especially within the church.”

The Lawrences have been tackling this problem from a few different angles. For one thing, they don’t just market their software to adults seeking accountability for themselves; they also market to parents who are looking to make accountability an early and normal part of their family life.

“Accountability is a good thing to seek after,” Ben says. “Teach your kids accountability while they’re young. That way, hopefully, struggles and enslavement to sin can be avoided.”

Another angle they take is emphasizing that accountability and device monitoring are about so much more than explicit content. Digital temptation, they say, comes in diverse forms. For some, it’s an overreliance on social media. For others, it’s simply too much time spent watching Netflix. But regardless of the specifics, Ben and Alissa hope to help normalize accountability within families and churches, so that problems can be solved before they become crises.

“That message isn’t very marketable, because how do you sell a product to someone who doesn’t have an issue?” Ben says. “So the road we’re taking with accountability isn’t a popular one. But we feel it’s the correct one. So we’re leaving the results to the Lord.”

There is also another misconception about accountability that the Lawrences are trying to correct. That’s the idea that software alone will fix someone’s problem.

“People expect a tool to be their solution,” Ben says. “They expect it to be the Holy Spirit. We see that a lot. So in our education and our resources, we’re really trying to promote biblical accountability with a lot of emphasis on Scripture.”

Alissa agrees: “A tool is not going to fix your issue. That’s the Holy Spirit’s job.”

Instead, Ben and Alissa focus on facilitating “honest, heart-level relationships” within families and churches, which the Holy Spirit can and does use to promote holiness.

When it comes to the importance of sanctifying relationships, the Lawrences are on the same page as TMU, which is something they saw clearly during a visit to campus in March 2021. While they were here, they talked with faculty, staff and students, and Ben says that he and his wife “saw the importance placed on the spiritual health of every individual on campus.”

“We’re very much of a like mind with TMU in communicating, ‘Hey, there are temptations out there, and you should be on guard,’” he says.

Spreading that countercultural message has not been an easy process for the Lawrences. They say many people have unhelpful but deeply-ingrained ideas about what accountability is and how it works. But they believe that promoting a more biblical view of accountability is work worth doing.

“For so long, accountability has been perceived a certain way,” Ben says. “We’re really trying to change that at a grassroots level.”

Read more about how Ben and Alissa approach accountability at accountable2you.com.