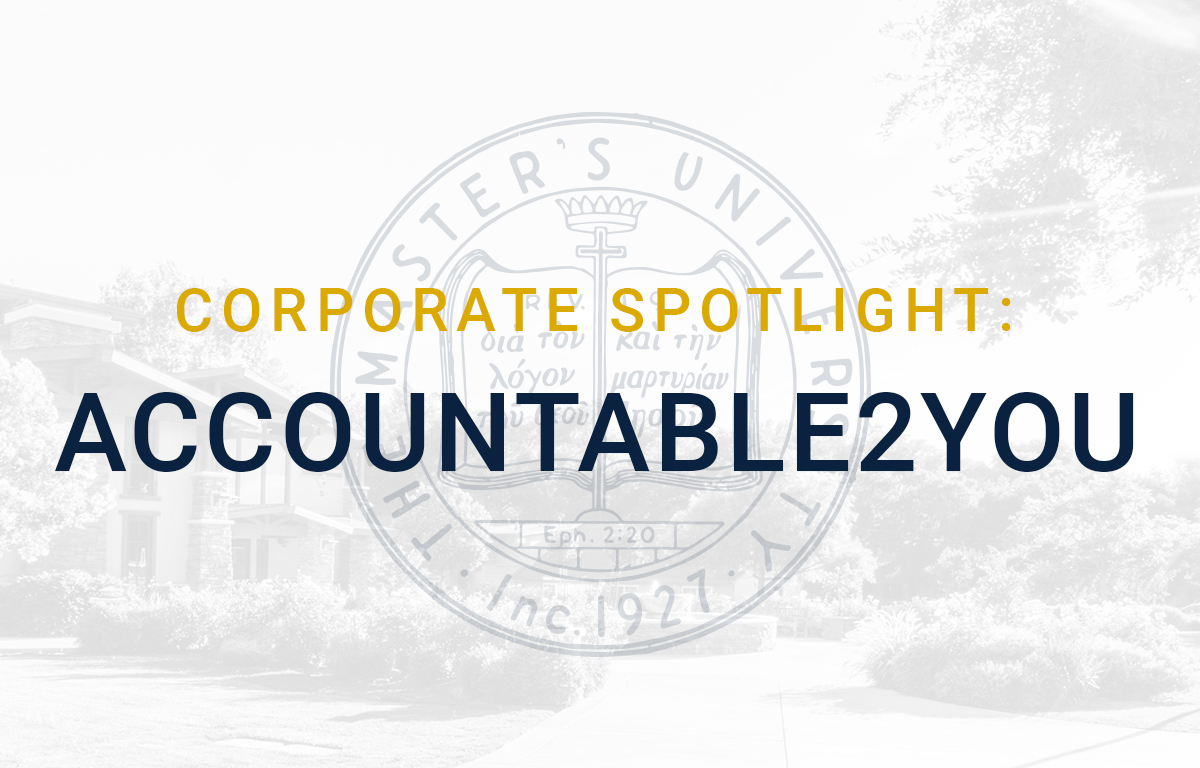 Ben and Alissa Lawrence hadn’t always dreamed of developing a widely used software application that monitors computer and phone activity for the purpose of purity and integrity. The couple created Accountable2You in 2008 out of necessity and with a desire to help others. In the beginning, they didn’t even charge for the platform.

“We gave it away for free early on because my heart was so wanting other people to experience the same accountability (as me),” Ben says.

Ben believes one of the biggest unseen struggles in society today is the isolation that comes with being alone on technology. “Being alone on a device can quickly lead to making poor choices,” he says.

At one time, that was the case for Ben. After repenting, he desperately wanted to be transparent with Alissa, but he couldn’t find an accountability service that didn’t cause computer problems or slow internet speeds.

“It just tore me up so bad because I wanted accountability and I couldn’t get it,” says Ben, who worked as a computer consultant at the time.

So, the Lawrences started Accountable2You. They created software that records browsing history, monitors screen time and physical location, and sends text message notifications to accountability partners in the case of highly questionable activity. The application’s trigger words can be tailored to a person’s individual struggles.

In 2011, the Lawrences switched to a paid model, allowing them to further develop the software and help a larger group of people. The program has now been utilized by more than 100,000 men, women and children.

“For me, I have to give the glory to God,” Ben says. “He was the one who started it in my own heart to do this. I’m thankful to be used.”

As the company started to grow, a challenging part of accomplishing its goals was assembling a team that holds to Accountable2You’s trio of core values. The company looks for team members who possess a higher calling; a servant’s heart toward both clients and coworkers; and an eager perseverance (a determination to relentlessly pursue challenging solutions with joy).

They found these traits in Scot Chadwick, a 1996 graduate of The Master’s University, and pastor at Liberty Bible Church in Crittenden, Kentucky, where the Lawrences attend.

Chadwick is a content writer for Accountable2You, and the Lawrences appreciate his skills as a researcher and writer. “He’s an excellent fit in this company,” Ben says.

At Master’s, Chadwick was a Biblical Exposition major. His wife, Mariah, also a Master’s alum, majored in Christian Education.

Since then, the couple has served local churches in California, Michigan, Israel, Texas and Kentucky. Chadwick has also built an impactful writing ministry.

Chadwick says his time at Master’s — where he served in student leadership and with the college ministry at Grace Community Church — solidified his conviction that the Bible speaks to every problem in life.

Since his first day at Accountable2You, his writing for the website provides another platform to impact people for the glory of Christ. He knows that no level of accountability — even from an application as sophisticated as Accountable2You — can change a person’s heart. But, he says, with a hunger for righteousness, “a community of believers seeking accountability can encourage each other to be more like our Lord.”

“Accountability is central to discipleship since it helps us flee from powerful temptations we all face from the world, the flesh and the devil,” he says.

Accountable2You’s model is built on two aspects of Galatians 6:1.

First, Accountable2You strives to help those trapped in sin for the purpose of restoration. Second, it hopes to help others avoid temptation by providing a layer of transparency.

Ben and Alissa say accountability shouldn’t be stigmatized as only for those caught in sin. They believe it is an undeniably biblical concept. Dr. John Street, chair of the Master of Arts in Biblical Counseling at TMU, agrees.

“The Apostle Paul acknowledged that sometimes the Christian walk necessitates someone coming alongside to help you in your weakness,” Street says. “… (This) is a software that’s designed to help you to be accountable and to compensate for the weakness of the flesh so that you’re loving God with your entire heart.”

What gives Ben the greatest joy is hearing testimony after testimony of changed lives because of the software’s impact. “When people start making better choices as a result of removing isolation, individual lives and marriages flourish with the trust that is built through being accountable,” he says.