Union With Our Lord 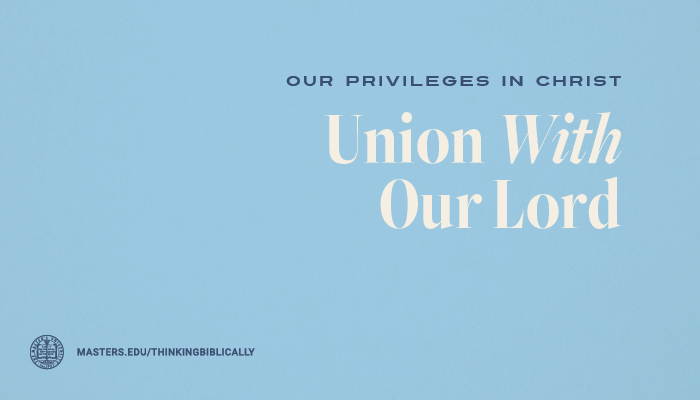 And coming to Him as to a living stone which has been rejected by men, but is choice and precious in the sight of God, you also, as living stones, are being built up as a spiritual house for a holy priesthood, to offer up spiritual sacrifices acceptable to God through Jesus Christ. (1 Peter 2:4-5) (LSB)

The first spiritual privilege we have is this: union with our Lord.

It is one thing to come to a living stone. It is another to become a living stone. This is Peter’s way of saying that when you come to Christ, you become like Christ. As a Christian, you are a miniature Christ.

He is the cornerstone, and we are stones who also are being built up as a spiritual house. We are united. We are a part of the same building. We possess the same life. It flows from Him through us. That’s why Peter can say this:

For by these He has granted to us His precious and magnificent promises, so that by them you may become partakers of the divine nature, having escaped the corruption that is in the world by lust. (2 Peter 1:4)

This is spiritual privilege. We have the same strength that a stone has, we are built into the same great edifice that Christ is the cornerstone for, and we possess the same resurrection life. What a thought.

So then you are no longer strangers and sojourners, but you are fellow citizens with the saints, and are of God’s household, having been built on the foundation of the apostles and prophets, Christ Jesus Himself being the corner stone, in whom the whole building, being joined together, is growing into a holy sanctuary in the Lord, in whom you also are being built together into a dwelling of God in the Spirit. (Ephesians 2:19-23)

Christ is the cornerstone, the rest of the foundation is apostolic doctrine, and we as believers rise up to be built upon that foundation as the very spiritual house in which God dwells.

For Peter this is very vivid language, because he grew up experiencing the temple in Jerusalem and all that it meant. It was the material house of God. Now Peter says that there is a spiritual house. God dwells in a spiritual house. We are the stones that make up the spiritual house that contains the living God.

When you became a Christian, you began to enjoy the privilege of union with Christ. You share His life. He lives in you, both in you as an individual and in His church collectively.

And what is the result? Spiritual power. Spiritual resources for every need:

For I will not be bold to speak of anything except what Christ has brought about through me, leading to the obedience of the Gentiles by word and deed. (Romans 15:18)

For this purpose I also labor, striving according to His working, which He works in me in power. (Colossians 1:29)

We are unworthy vessels. But that is what Jesus Christ gives to those who come to Him as a living stone. His life becomes our life, and we are built upon Him into that spiritual house which is the dwelling place of God. What an exalted privilege, and how mundane is any other kind of life!