The Source of Our Spiritual Privileges 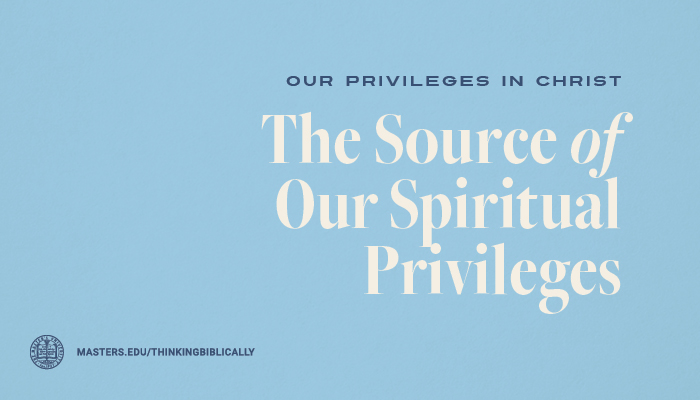 And coming to Him as to a living stone which has been rejected by men, but is choice and precious in the sight of God … (1 Peter 2:4)

As you come to Christ, you are coming to a living stone. The word stone here, lithos, is the usual word for a stone used in a building – a stone that is chiseled in order that it might perfectly fit in the building of an edifice.

So here you have a stone that is perfectly shaped, designed and hewn out to accomplish its purpose. The curiosity, however, is that Peter calls it a “living stone.” And that is a paradox, isn’t it? When we think of a stone, we think of something that is not living. We even say that something is as dead as a stone, or stone dead.

This stone lives. Why? Because it is Christ, and Christ lives because He rose from the dead. He is a living stone. He has living relationships with living people. He gives life, which He has in Himself, to all who believe.

So here is a perfect building stone on which God can build His church. And yet it is not a dead stone, but a living stone, namely the Lord Jesus Christ. Romans 6:9 says death is no more master over Him. First Corinthians 15:45 says the last Adam, being Christ, became a life-giving Spirit. Not only is He alive, but He gives life. And because of His life we live.

Now you say, “If we’re talking about Christ as living, why use the analogy of a stone?” Because Peter also wants to talk about Christ as the foundation of the building of the church.

Certainly, when Peter says this, he has in mind the Jewish people who rejected Jesus Christ. And so he says this living stone, this perfect cornerstone in God’s building of His eternal house, this living stone who alone can give life, was rejected by men. And all who have rejected Him since fit into the same category as those original rejecters.

The word here for rejection is the Greek word which means “rejected, having been examined.” Their rejection was contemptuous. Their rejection was filled with venomous hate. Nothing was so unthinkable to them than that Jesus could possibly be the cornerstone of God’s kingdom – this foolish man who scathed them with His denunciations of their religious system, this weak man who ultimately went to a cross and died. It was unthinkable that He could possibly be God’s cornerstone. So they rejected Him.

But though He was rejected by men, He was precious in the sight of God. This is an interesting phrase in the original. It reads, “But He was elect and He was precious by the sight of God.” God examined Him, too. God took out the measurements of His own perfection and measured Jesus Christ, and God said, “This is My beloved Son, in whom I am well pleased.”

He was chosen and ordained by God. He was precious and highly prized. God looked at Jesus Christ and said, “He is perfect for the cornerstone. Every angle is perfect.” And because God affirmed His perfection, God raised Him from the dead and made Him the living cornerstone.

Men disapproved. You know what they said when they were offered Jesus Christ and Barabbas? They said, “Crucify Christ and give us Barabbas.” And men still think they can adequately measure Jesus Christ by their own corrupted measurements. But it is to that very living stone that we come to receive spiritual privileges.