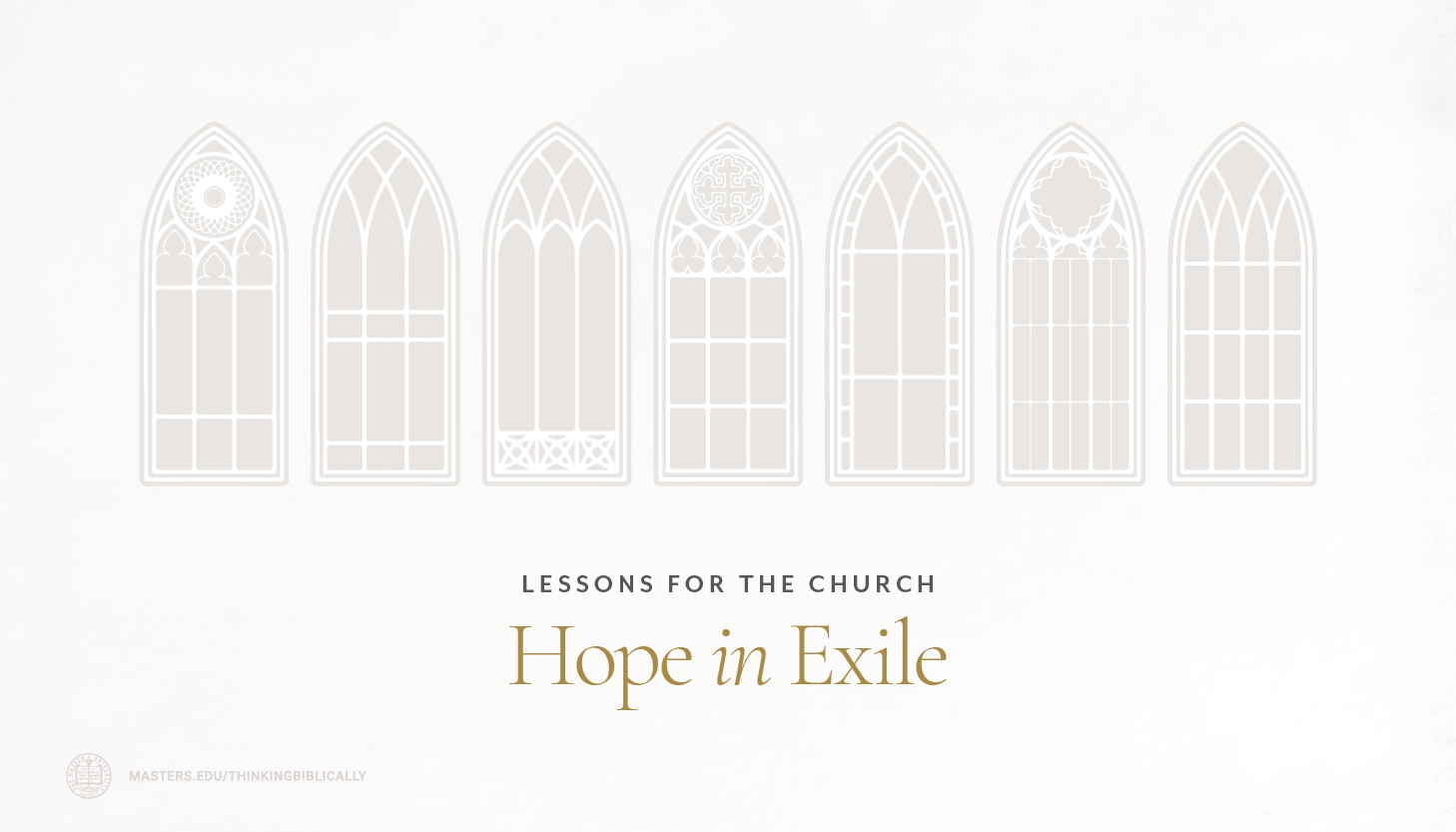 Revelation 1 answers the question, “What is the Lord doing in His church?”

This is for our encouragement — for us to know that the Lord has not abandoned us and has not lost control of His church or of the world. This is highly comforting to believers who are in times of trouble. And that defines the early church.

The book of Revelation was inspired by the Holy Spirit and written through the Apostle John in the last decade of the first century, when escalating persecution had become the experience of everybody.

By then, all the apostles were dead, with the exception of John. Believers were being killed. And there’s even more than that: Churches were defecting, abandoning their faithfulness. It was a very difficult time. John himself, an old man by this time, has been exiled as if he were a criminal to an island designed as a prison.

This, you might say, is a bleak time in the life of the church.

John is sent, verse nine says, to the island called Patmos. And why? Because of the Word of God and the testimony of Jesus. It was a crime to proclaim the Word of God and to give testimony to the lordship of Jesus Christ. For that crime, he was exiled to a criminal island. That’s where we find him when he receives the book of Revelation.

I was in the Spirit on the Lord’s day, and I heard behind me a loud voice like a trumpet, saying, “Write in a scroll what you see, and send it to the seven churches: to Ephesus and to Smyrna and to Pergamum and to Thyatira and to Sardis and to Philadelphia and to Laodicea.”

Then I turned to see the voice that was speaking with me. And having turned I saw seven golden lampstands; and in the middle of the lampstands I saw one like a son of man, clothed in a robe reaching to the feet, and girded across His chest with a golden sash.

And His head and His hair were white like white wool, like snow; and His eyes were like a flame of fire. His feet were like burnished bronze, when it has been made to glow in a furnace, and His voice was like the sound of many waters, and having in His right hand seven stars, and a sharp two-edged sword which comes out of His mouth, and His face was like the sun shining in its power.

And when I saw Him, I fell at His feet like a dead man. And He placed His right hand on me, saying, “Do not fear; I am the first and the last, and the living One; and I was dead, and behold, I am alive forever and ever, and I have the keys of death and of Hades.

This is the astounding opening vision in the book of Revelation.

The book of Revelation is introduced in verse one of chapter one as the Revelation of Jesus Christ. The whole book is one revelation after another of the glorious Christ. And this is the first vision, the first supernatural glimpse into the invisible realm of divine reality. And this first vision pictures Christ moving in His church.

There is no other text in Scripture that gives us a more complete glimpse of what Christ is doing in His church — not only the seven churches of Asia Minor, to whom the book of Revelation and the letters in specific were directly given, but to the whole of His church.

This is to tell us that now, even in the midst of tribulation, persecution, and trouble, even when the apostles and preachers themselves are being put into confinement or executed, the Lord is at work in His church.

This beloved apostle had every reason to be depressed. He had lived to see Jerusalem destroyed, at least 20 years before this. The temple was brought to rubble. Hundreds of thousands of Jewish people were slaughtered. And then the Romans marched through the land of Israel and obliterated the populations of 985 towns and villages. Hope for the establishment of the kingdom seems long gone.

John has outlived his fellow apostles. They were systematically terminated in the most fierce manner. And now he sits on a rock in the Aegean Sea about five miles wide and 10 miles long.

He had been a pastor and a leader of the churches of Asia Minor. But in the years since they were established, tragedy had taken over five of those churches. Ephesus had left its first love, and the Lord Himself will threaten to shut it down. Pergamos had become idolatrous and immoral, and the Lord was about to come and fight against that church. Thyatira had compromised with paganism and was on the brink of judgment from the head of the church. The church at Sardis was dead. The church at Laodicea was nauseating.

From a human standpoint, it is a bleak picture. Everything has ended for John differently than he expected.

The book of Revelation is given to John to tell him that there is a future. The future is this: “Behold, He is coming with the clouds, and every eye will see Him, even those who pierced Him; and all the tribes of the earth will mourn over Him. Yes, amen” (Revelation 1:7).

The story isn’t over. Jesus has not been defeated; He will come again. John, in writing this down, understands the comfort that’s coming.

This post is based on a sermon Dr. MacArthur preached in 2015, titled “The Lord’s Work in His Church” In addition to serving as the pastor of Grace Community Church and the voice of Grace to You, Dr. MacArthur is the chancellor of The Master’s University in Santa Clarita, Calif. You can learn more about TMU at masters.edu.