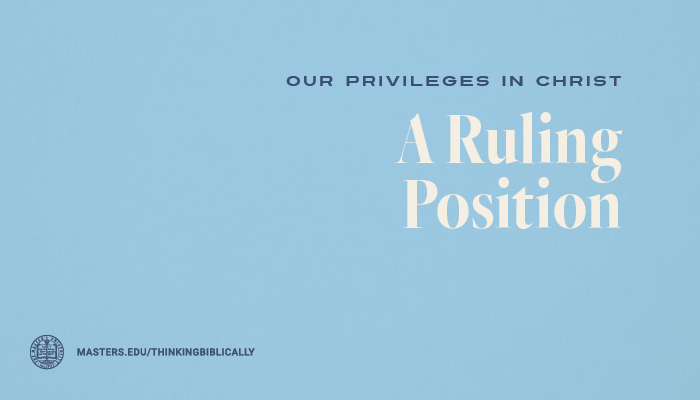 But you are a chosen family, a royal priesthood, a holy nation, a people for God’s own possession, so that you may proclaim the excellencies of Him who has called you out of darkness into His marvelous light. (1 Peter 2:9)

That is really unique. Priests are one thing, and kings are another thing. To combine the two is remarkable. A priest offers sacrifices, but a king rules.

So what does “royal priesthood” mean? It means a priesthood that exercises dominion and rule. We do not just serve – we reign. This is marvelous.

The spiritual house that is being built in verse 5, in a sense, turns out to be a royal house. It’s a family of rulers. We are a royal house of priests.

We see this combination of ideas mentioned in Revelation:

He has made us to be a kingdom, priests to His God and Father⁠—to Him be the glory and the might forever and ever. Amen. (Revelation 1:6)

And You made them to be a kingdom and priests to our God, and they will reign upon the earth. (Revelation 5:10)

Blessed and holy is the one who has a part in the first resurrection. Over these the second death has no authority, but they will be priests of God and of Christ and will reign with Him for a thousand years. (Revelation 20:6)

We are reigning priests. This is unique. There is only one person who can establish such a house, and that is the only one who was the true priest and the true king: Christ. He is both king and priest. And because we are one with Christ, because we have entered into union with Him, we inherit the nature of His priesthood. And His priesthood is very unique:

For it is evident that our Lord was descended from Judah, a tribe with reference to which Moses spoke nothing concerning priests.

“You are a priest forever
According to the order of Melchizedek.”

For, on the one hand, there is a setting aside of a former commandment because of its weakness and uselessness (for the Law made nothing perfect), and on the other hand there is a bringing in of a better hope, through which we draw near to God. (Hebrews 7:14-19)

Recall what Paul says to the Corinthians:

Does any one of you, when he has a case against another, dare to be tried before the unrighteous and not before the saints? Or do you not know that the saints will judge the world? If the world is judged by you, are you not worthy to constitute the smallest law courts? Do you not know that we will judge angels? How much more matters of this life? (1 Corinthians 6:1-3)

This post is based on a sermon Dr. MacArthur preached in 1989, titled “The Believer’s Privileges, Part 5: Election and Dominion.” In addition to serving as the pastor of Grace Community Church and the voice of Grace to You, Dr. MacArthur is the chancellor of The Master’s University in Santa Clarita, Calif. You can learn more about TMU at masters.edu.