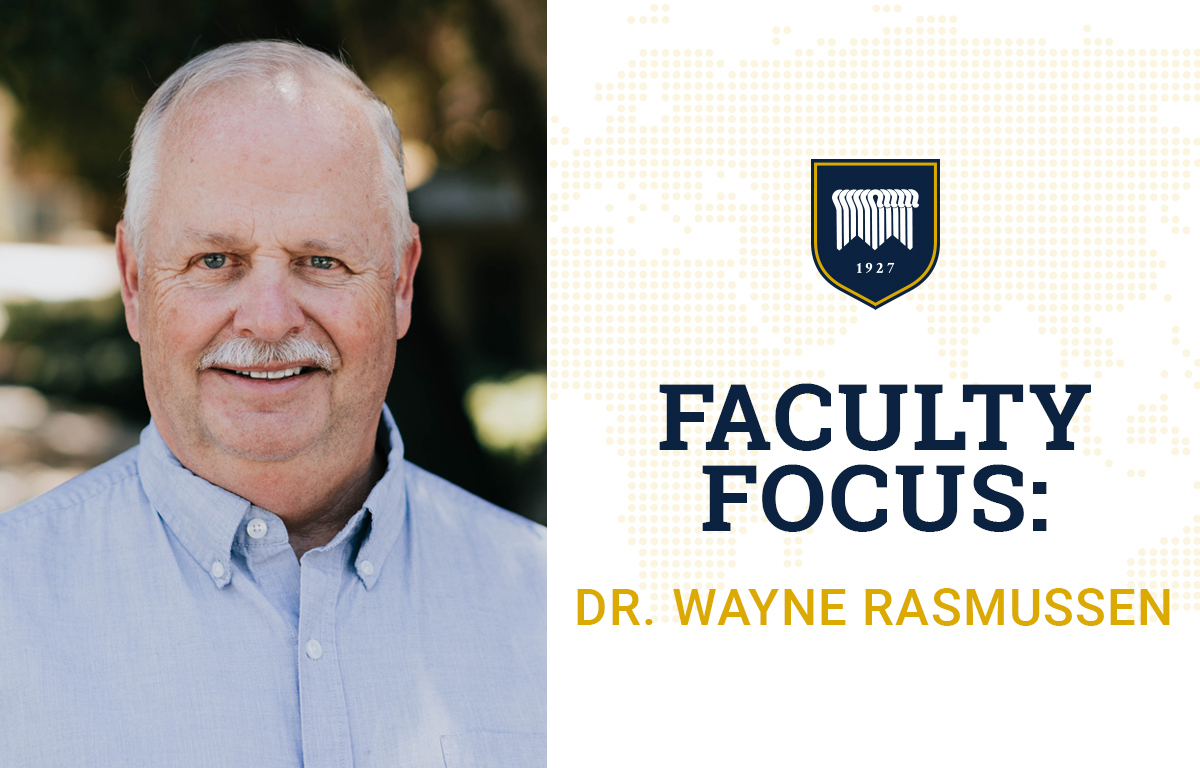 With one hire, The Master’s University has both strengthened its School of Business and Communication and taken a significant step toward adding a promising new major.

Dr. Wayne Rasmussen has accepted the position of associate professor in the School of Business and Communication. He comes to TMU with impressive academic credentials and high-level, hands-on experience — including administrative roles with the LA Galaxy and the U.S. Men’s National Soccer Team.

That role is of particular interest to Master’s.

Along with his teaching responsibilities, Rasmussen will lead a feasibility study of TMU’s interest in adding a bachelor’s degree in Sport Management.

This potential program would blend an academically challenging curriculum with valuable practical experiences. It would prepare students to serve in all levels of professional, collegiate and youth sports in the areas of administration and management.

Dr. John Beck, dean of TMU’s School of Business and Communication, says the University has investigated the possibility of adding Sport Management over the past six months.

“We want to send out graduates who are well equipped to represent the transforming power of the gospel in new and competitive fields,” Beck said. He believes Rasmussen’s background makes him a great fit for the school and for this potential new program.

“Dr. Rasmussen brings extensive experience in his field, and he models the Christlike character that we want to build into our students,” Beck said.

Rasmussen’s career began at Southern Methodist University in Dallas where he was an assistant soccer coach before leaving for a head coaching job at Creighton University in Omaha, Neb. He later held positions on the administrative staffs of the U.S. Men’s National and Olympic soccer teams — as well as roles with three Major League Soccer clubs.

Notably, he was the LA Galaxy’s director of operations and player development during the team’s inaugural MLS season in 1996.

At Master’s, Rasmussen will serve as Faculty Athletics Representative, monitoring the eligibility of the school’s student-athletes. And, thanks in part to generous donor engagement, he will also support the School of Business’ ongoing development of entrepreneurial studies.

“Beyond that,” Hopewell said, “Dr. Rasmussen loves the Lord, is a mission match, and will pour his life into our students and this campus.”

Rasmussen said he is “very excited for the privilege of serving the Lord by serving the students here at Master’s,” and he believes the location of TMU’s campus will prove to be an asset if the school adds a Sport Management major.

“Southern California is arguably the best region for sports of all levels in the United States,” he said. “To be able to potentially create and lead a new Sport Management program at TMU is going to be an exciting challenge with limitless opportunities for our students. For my wife and me, this will be a bit of a homecoming, as I had the privilege of working as a member of the management team of the LA Galaxy in their inaugural season at the Rose Bowl back in 1996.”

To learn more about sport management at TMU, click [here](http://www.masters.edu/academics/undergraduate/sport-management).