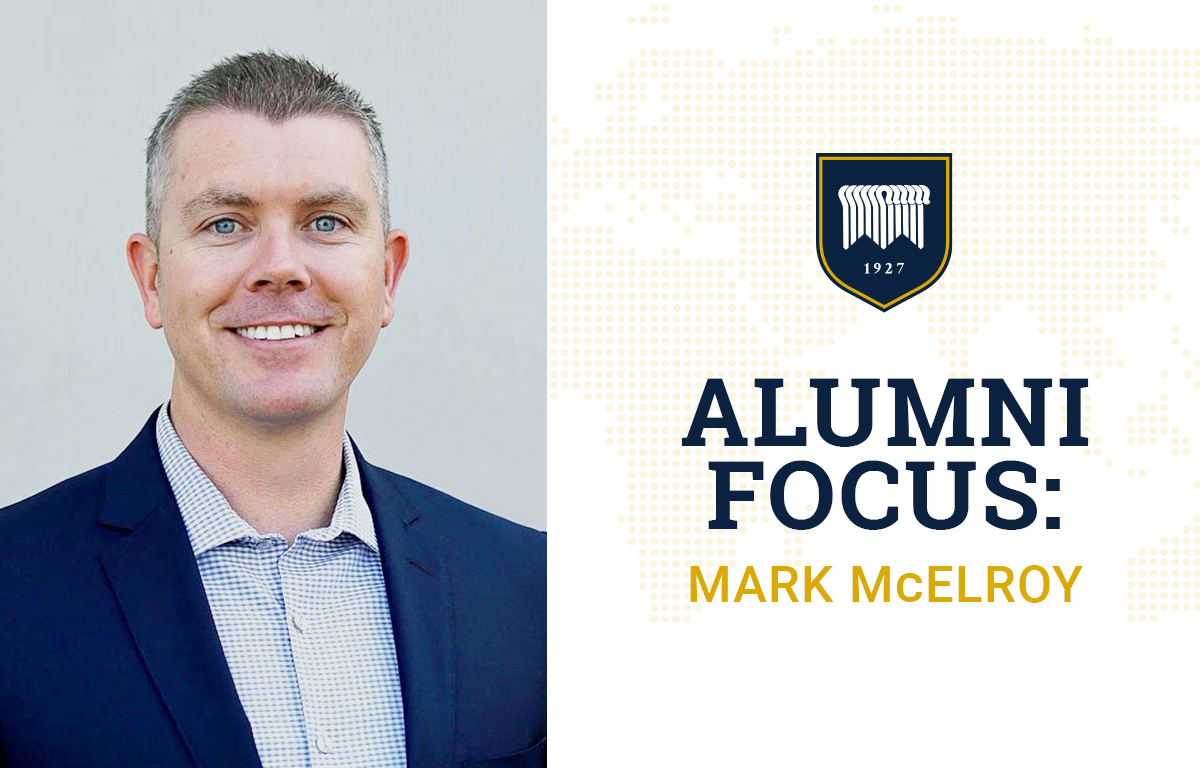 As Mark McElroy tells it, he didn’t exactly ace the most important interview of his life.

In 2006, the soon-to-be Master’s graduate was auditioning for a medical sales job, and that meant shadowing one of the company’s owners in a Palm Desert operating room.

The owner was coaching a surgeon on how to use one of the company’s products. And McElroy watched with a growing sense of unease. He cringed every time the patient’s shoulder “popped” and “cracked.” He felt flushed as blood oozed from an incision.

“Do you need to step outside?” the owner asked. Once McElroy reached the hallway, he put his head between his knees and tried to breathe. *This was all far more raw than what he’d seen on TV*.

Ultimately, he collected himself, re-entered the room and never looked back.

Now in his 15th year in the industry, McElroy works for Empire Medical as a capital sales manager, a job he never would have held had he backed away from an eye-opening introduction to the business.

Neither, of course, is the dual role of successful salesman and God-honoring husband and father of four. But by all accounts, McElroy has met that challenge, too, skillfully balancing both worlds by prioritizing prayer and the Word, working as a team with his wife Kari, and holding loosely to *me time*.

“If you’re prayerful toward this thing, I think the Lord is faithful to broaden your shoulders and allow you to handle more and more,” he says.

It’s a prayer God has answered ever since McElroy left Fresno, Calif., to attend Master’s in 2002. In addition to four years as a pitcher on the Mustang baseball team, McElroy excelled as a business administration major (under the guidance of “incredible” professors, he says) and made time to date his now-wife. The couple married before his senior year.

After surviving the aforementioned interview and securing his first job in medical sales, McElroy faced a considerable learning curve.

His initial assignment was selling knee surgery devices in San Diego. So, he set about learning everything he could about ACL reconstruction and meniscus repair. He visited numerous doctors, hospitals and surgery centers, immersing himself in the procedures, studying the anatomy, better understanding the products and building relationships.

He needed to know each procedure inside and out so he could guide nurses and doctors as they tested his company’s products on live patients.

“In the beginning, it’s like finals week every week,” says Empire Medical owner Jonas Tracy, who has worked with McElroy for more than a decade. “You’re studying constantly and putting in a good long day in surgery and stressful situations, then you go home and hit the books for another hour or two.”

McElroy’s efforts paid off. At 37, he now manages three sales teams in the Inland Empire, the Coachella Valley and Orange County. He says there’s something especially rewarding about earning the trust of medical professionals so he can play a small role in a surgery’s success.

He loves his job and the people he works with. But his schedule remains unpredictable, the hours long and the situations stressful. It’s vital he maintains a proper focus.

There’s a phrase McElroy calls to mind when he starts to feel overwhelmed: “Go to the throne before the phone.” The idea is that he brings his anxiety to the Lord before anyone else.

The principle is key to his pursuit of balancing career and family. He starts by capitalizing on early-morning quiet.

When the McElroys’ four children, ages 5 to 12, wake up each day, they usually find their parents studying the Bible. “I think that time is important to get your mind and your head right,” McElroy says. “And I love the fact that my kids wake up every single morning, just about, and see my wife and me sitting in the same spot with the Bible on our laps.”

That’s about the time Kari (a 2005 Master’s graduate) initiates what she calls the “High Five” program.

The children have five responsibilities every morning: eat breakfast, make their beds, clean their rooms, get dressed and brush their teeth. All five tasks must be accomplished by a 7:40 a.m. cutoff.

The deadline is set so they’ll have time to read the Bible, memorize verses and pray before the school day begins.

“I’m telling you, my wife is unbelievable,” McElroy says, praising Kari as loving, understanding and gracious, even as he navigates a job that can be non-stop.

For example, at any time, McElroy might receive a phone call that necessitates an extra trip to the office or a storage unit to secure equipment for evaluation at a hospital the following day.

The scenario is not uncommon.

Kari and the kids have learned to hold schedules with an open hand and to remember that when McElroy leaves for work, it isn’t because he doesn’t love them — it’s because he wants to excel at what God has called him to. Still, McElroy aims to be proactive.

He puts his phone away during dinner. He leaves the mobile device in the other room when he puts his children to bed. And he doesn’t waste an errand: If he’s driving to a hardware store before a home-improvement project or hustling to the grocery store for milk, he’ll bring one of his kids along for one-on-one conversation.

As for recreation, the family carves out time to swim, walk, hike and bike. They enjoy traveling, and they root for the Los Angeles Dodgers.

“My kids are a blast,” McElroy says. “I love being with them. They’re energetic, outgoing and creative. They all have really unique personalities.”

The McElroys are also firmly committed at Faith Bible Church in Murrieta, Calif., where McElroy and Kari have served in high school and adult ministries. They currently host a community group.

Downtime, as you might imagine, is in short supply. But McElroy doesn’t mind.

“*Me time* for him doesn’t really happen. There isn’t time for that,” Kari says. “But he’s also not the type who wants to come home and sit on the couch and do nothing. He works hard at work and then works hard with whatever needs to be done here.”

That’s not to say McElroy and Kari never find moments to recharge. They plan date nights and weekend trips, and McElroy also spends time with men from church and work who encourage him to “remain steadfast” and hold him accountable.

In many ways, McElroy has followed the examples modeled by his father, Kevin; his baseball coach at Master’s, Monte Brooks; and his boss at Empire Medical, Tracy.

McElroy says each of those men loves his family while striving for excellence at work.

Tracy says the same about McElroy.

“This job will own you if you let it,” Tracy says, “so he knows how to shut it off and when to shut it off, and he protects his personal family time. I go to church with him, as well as work with him, and he’s extremely engaged in both areas.”

On both fronts, McElroy has come a long way since a less-than-stellar interview in 2006.

“Certain attributes of God’s character have proven to be most prevalent in our story,” he says. “God is sovereign, wise, good, gracious and kind. But it’s hard to land on a more appropriate word than ‘faithful.’

“I entertained the job opportunity because it was a solid lead, but Kari and I had no desire to move away, leaving family and friends. Yet, the Lord provided an excellent job, church and community of believers. He has and will continue to be faithful to sustain us through all triumphs and tribulations, victories and sorrow.”