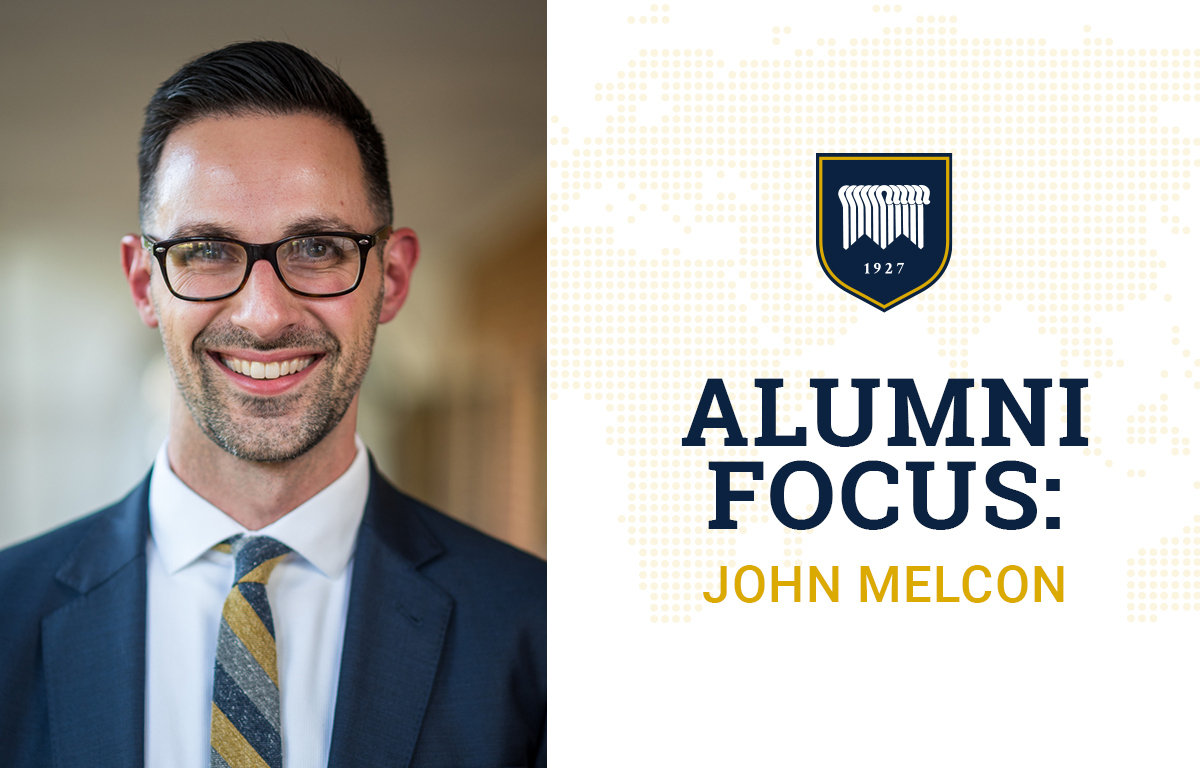 John Melcon’s path to the front lines of the battle for religious liberty began in 2015.

Melcon, a graduate of The Master’s University, was working for his alma mater as the director of admissions that summer when he attended a classical learning conference in Stone Mountain, Georgia. One speaker in particular caught his attention.

An attorney was discussing the *Obergefell v. Hodges* Supreme Court case and its implications for Christian schools. The court found that “the reasons marriage is fundamental under the Constitution apply with equal force to same-sex couples,” a decision with far-reaching ripple effects for religious institutions.

That was only the beginning. The Lord having tilled his heart to work for the preservation of religious liberty, Melcon earned a law degree from the University of Virginia in May 2019. He now works as an attorney at Sherman & Howard LLC in Colorado Springs, guiding educational, religious and nonprofit institutions as they seek to navigate legislation threatening their freedoms.

God has guided Melcon’s journey each step of the way.

After a fellow TMU alum encouraged him to look outside of California for law school, Melcon applied to the University of Virginia, the faculty of which included Douglas Laycock, a leading professor on religious liberty issues.

“It was my top choice because he was there – even though it meant moving across the country,” Melcon says. “I figured it would be worth it.”

Then, during the admissions interview, Melcon’s counselor startled him: “I’m a Christian,” the counselor said. “I read your application, I saw your transcript from Master’s, and I wish I could have taken some of these classes you took.”

Moving from Santa Clarita to Charlottesville with his wife, Kelly, and their four kids, Melcon says one of the toughest challenges was going back to school after building a career for roughly a decade. But Melcon, who received a full scholarship, had a clear purpose.

“It’s easy to go to a top-10 law school like UVA and say, ‘I have to earn these certain grades, do these certain activities to get the right kind of job and all this,’” Melcon says. “I just went into it saying, ‘I know what I’m here to do, I think God is in this, and so I’ll be faithful and trust God for the rest.’”

During one summer, he interned in Washington D.C. for Alliance Defending Freedom, an organization that advocates for religious liberty, the sanctity of human life, freedom of speech, and marriage and family. Through connections he made there, Melcon was introduced to experienced attorneys specializing in religious liberty at Sherman & Howard. Three years later, after working as a judicial law clerk at the U.S. Court of Appeals for the Fifth Circuit (and passing the Colorado Bar exam), Melcon joined Sherman & Howard.

Melcon had long recognized that for universities like TMU, where there is “a commitment to have all the faculty and staff be aligned with the doctrinal position and the overall mission of the school,” non-discrimination laws could increasingly create tension. Addressing this critical religious liberty issue is now one of Melcon’s specialties.

“When it comes to hiring and firing people in those types of jobs, the Constitution is understood to protect the religious organizations so they have autonomy,” Melcon says. “One of the things that’s happening right now in our world as attorneys is helping religious organizations craft their internal policies, job descriptions, and handbooks to best align with things that the Supreme Court says, helping these organizations flesh that out and write their documents in such a way that captures that.”

“If a religious organization cannot selectively employ people that really align with its mission, whatever that mission is, and whatever its theological positions are, then it’s just a matter of time before that organization capitulates and is no longer able to really be distinctive and do what its founders set out for it to do,” Melcon says. “That’s where I see myself fitting in.”

*John Melcon is a 2005 graduate of TMU. His bachelor’s degree was in history.*