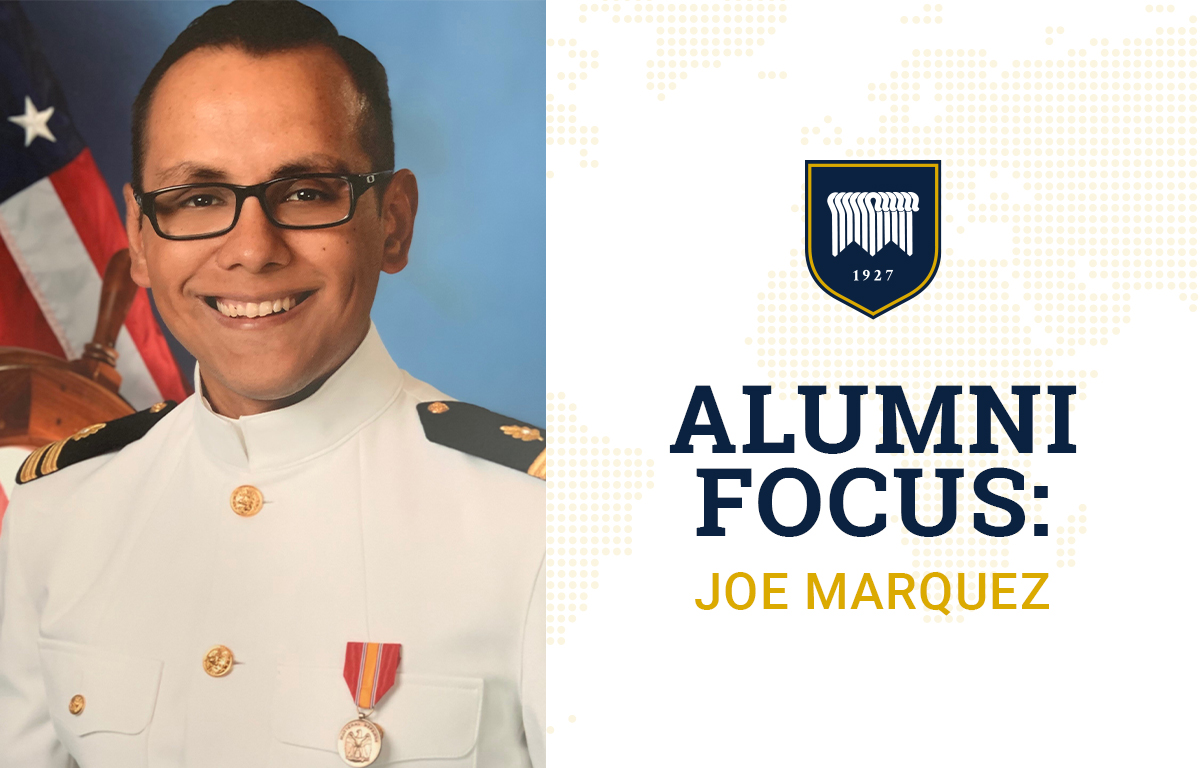 As a Santa Clarita resident who went to a Christian high school, Joe Marquez initially ruled out The Master’s University because he wanted to branch out.

Besides, Marquez planned to attend medical school, and he’d already been accepted to an undergraduate program at Johns Hopkins University in Maryland. It seemed like a logical — and impressive — first step.

Then came a decisive meeting with Dr. Taylor Jones, a longtime chemistry professor at TMU.

“At the time, I felt that if I didn’t go to a big, well-known school, my chances of getting into medical school would be hindered,” Marquez says. “Whenever people talked to me about Master’s, they emphasized the faith aspect — which is obviously important. But I wanted a program that was strong academically, too. Dr. Jones was an intelligent man. He balanced both aspects.”

Marquez graduated from TMU in 2011. He then went on to Western University of Health Sciences, a private medical school in Pomona, California, finishing in 2016.

He now works as a Navy doctor in Norfolk, Virginia, specializing in family medicine. His days consist of delivering babies, seeing intensive care patients and serving as a member of a fleet surgical team, which, if called upon, could be deployed across the world.

Reflecting on his journey, Marquez says the pre-med program in TMU’s Department of Biological Science — and the hands-on experiences he pursued outside of the classroom — in many ways laid a foundation for success in medical school and the career that’s followed.

“Master’s means so much to me in terms of my development as a person — professionally, spiritually, everything,” says Marquez, who met his wife, Liz, at TMU. “One of my dreams would be to go back and teach at Master’s someday because of the impact the professors had on me. I want to have that kind of impact on students.”

Marquez’s decision to attend TMU may have been last-minute, but his choice to study medicine wasn’t. His father works as a hospital administrator and his mother is a nurse, leaving an example Marquez has long wanted to follow. His parents, who immigrated from Peru, also instilled in him a deep sense of patriotism, something that fueled Marquez’s desire to join the U.S. military.

At TMU, those dreams merged.

“My freshman year at Master’s, the science department invited an ER doctor from the Army to talk to us,” Marquez says. “It was a lightbulb moment for me.”

The path wouldn’t be easy.

TMU’s pre-med program is designed not only to prepare students to score well on the Medical College Admission Test and get into medical school (TMU has a 95% medical school acceptance rate), but also to excel once they get there. That means an undergraduate curriculum flush with some of the school’s hardest classes.

“We don’t go as fast as medical school. That would be too much of a killer,” says Dr. Ross Anderson, who taught at Baylor College of Medicine in Houston before coming to TMU. “But the depth and the rigor and the standards are very much like medical school.”

Marquez, whom Anderson described as hardworking and proactive, was up to the challenge. “He always wanted to know what he could do to improve,” Anderson says.

That meant late nights studying for medical microbiology and physiology classes and organic chemistry, a course which taught Marquez that multiple routes to a solution can exist.

“It stretches your brain and forces you to look at problems more three dimensionally,” he says. “With medicine, it’s helpful to be able to think that way.”

Marquez showed plenty of both.

For example, he and other students worked with Dr. Joe Francis — dean of TMU’s School of Science, Mathematics, Technology and Health — to research bacteria that grows on salt. They wanted to stop the bacteria from contaminating manufacturing processes that use high salt, like the making of leather.

The team discovered a new antibiotic and wrote a patent describing its benefits for the leather industry.

Marquez seized other opportunities, too.

On weekends he moonlighted as an ER technician, and, during summer breaks, he interned at two of Southern California’s most prominent hospitals: assisting oncologists at City of Hope and sleep specialists at Children’s Hospital Los Angeles.

Before his senior year, Marquez also went on a month-long TMU Global Outreach trip to the Philippines, where he performed circumcisions, inserted IV lines and helped install a pharmacy. He says the trip “helped cement the reality of healthcare.”

“Rather than just being an abstract collection of facts and knowledge, it grounded that information and showed us how it impacts a patient,” he says.

All his efforts, however, couldn’t shield Marquez from stress as graduation loomed. *Had he done enough?* The question led to another heart-to-heart with Dr. Jones.

“He sat me down and said, ‘Joe, do you know who actually decides if you get into medical school?’” Marquez recalls Jones, who passed away in 2015, saying. “I said, ‘Well, there’s an admissions board, they decide.’ And he said, ‘No, if you’re going to go to medical school, it will happen because the Lord wants it to.’”
Marquez felt a wave of relief.
“As I got older, and especially as I got into medical school and I applied to residencies, I had this new mindset: I’m going to do the very best I can, but once that time is done, I’ve learned to say whatever happens, that was God’s will.”

In the end, Jones’s earlier advice also proved true. At TMU, Marquez built a well-rounded resume for medical school. He learned the verbal reasoning and writing skills — and science knowledge — necessary to score well on the MCAT. And the Lord opened the door at WesternU, where the Navy paid for his schooling.

After WesternU, Marquez completed his residency at Camp Pendleton outside of San Diego. Then he and his wife, Liz, moved to Naval Station Norfolk to begin four years of required service. They arrived in August 2020.

Liz, a TMU graduate who also earned a doctorate from WesternU, works as a physical therapist. Joe is a family medicine doctor, which involves a little bit of everything: “We can provide care and advice from cradle to deathbed,” he says.

Marquez is also a member of a fleet surgical team. If deployed, the medical unit would sail to an area of conflict, where it would remain aboard the ship, waiting to treat evacuated men and women.

A rash of injuries could overwhelm Marquez’s team. That’s why he regularly trains corpsmen — who otherwise focus on basic first aid — in trauma care techniques.

“One of my biggest responsibilities is teaching corpsmen to be as independent as possible so next year if we deploy, instead of just having two doctors, we might have a team of 15 capable providers,” he says.

Marquez loves teaching. He has served as an adjunct professor at TMU, and, in addition to eventually opening his own clinic, he can envision himself in the classroom at his alma mater down the road.

He wants to give others the foundation he received.