TMU Through the Years 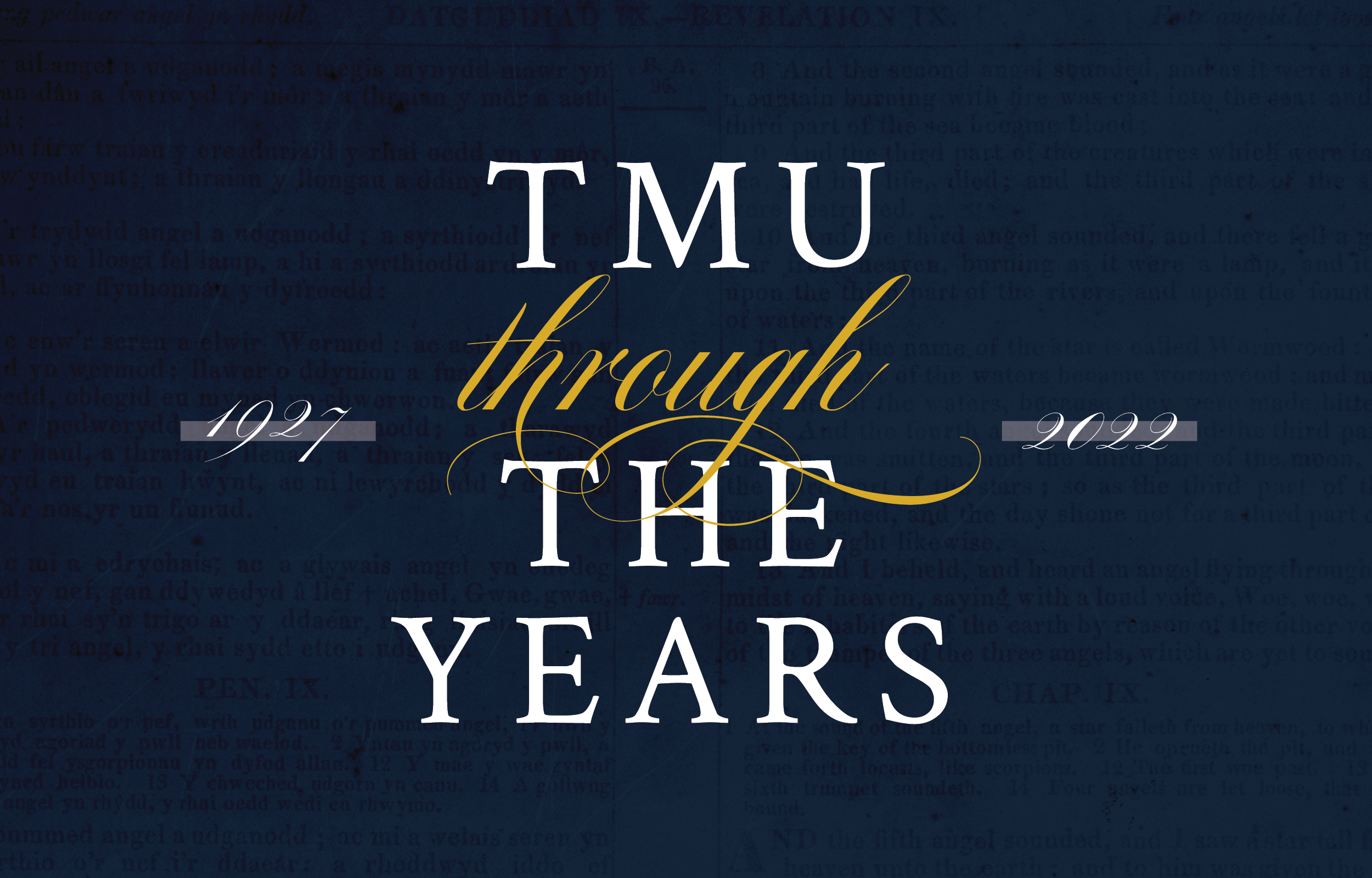 1942 – Construction completed on property owned by LABTS at Sixth and St. Louis streets in Los Angeles, and the school moved in. 1959 – Sweazy resigned as president to return to his ministry of evangelism. Dr. John Dunkin replaced him. 1965 – Ronald “Pete” Reese appointed director of physical education. School switched its athletics nickname from the Gideons to the Mustangs. Spring 1985 – Dr. John Dunkin stepped down from the presidency after 26 years.

May 1985 – Dr. John MacArthur named president, and the college changed its name to The Master’s College. Fall 1985 – Enrollment reached 445 students, a more than 50% increase from the previous semester.

1986 – The Master’s Seminary is established. 1993 – Center for Professional Studies is established. 1999 – TMC moved into the “North Campus” facility it purchased from Grace Baptist Church. 2015 – In the spring, TMC Online began offering first bachelor’s degrees: Christian ministries and organizational management. In the fall, it added a bachelor’s degree in biblical studies and an MBA program.