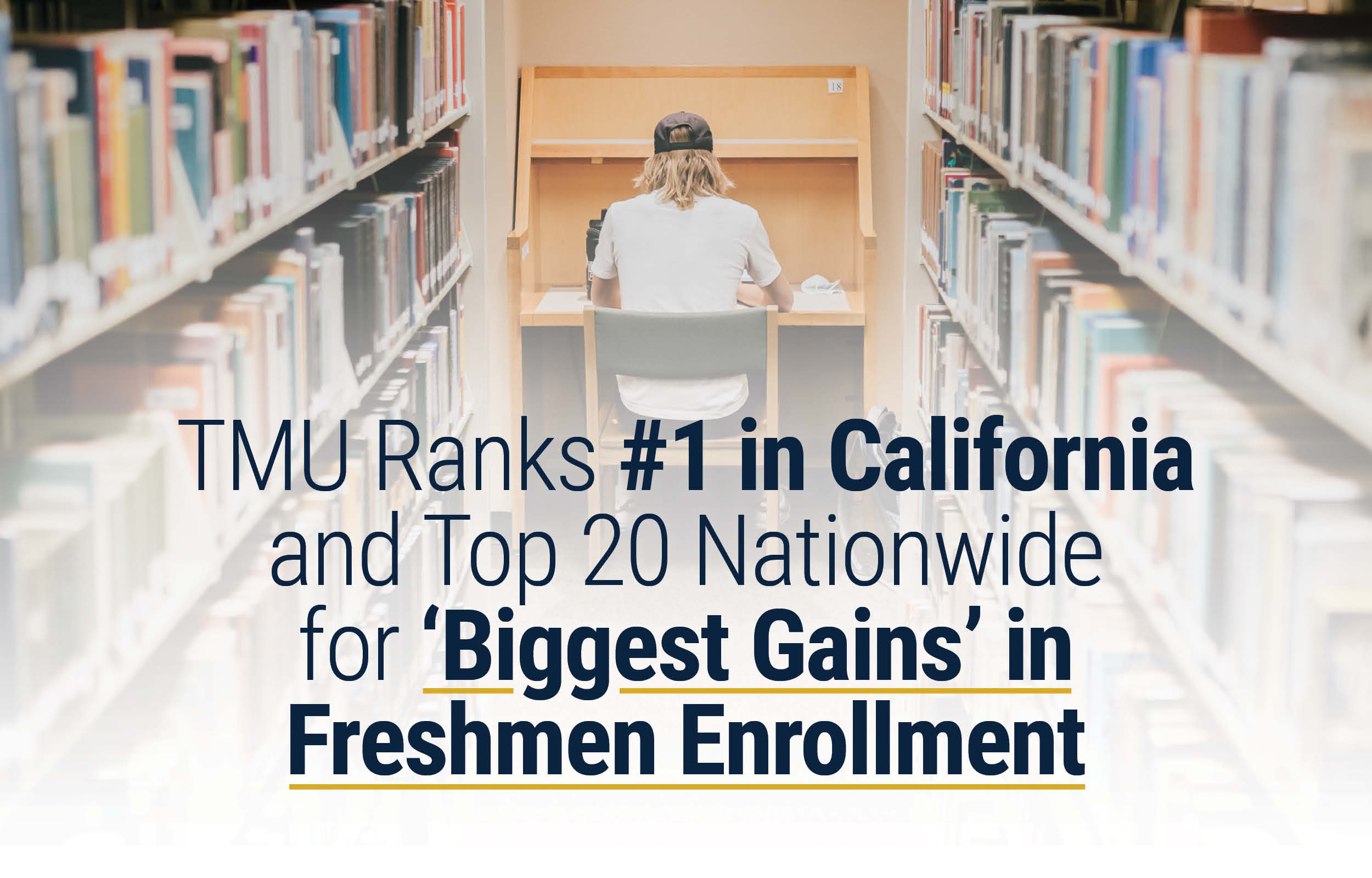 A new study exploring year-over-year changes in the number of freshmen enrolled at colleges across the country shows that The Master’s University saw the highest rate of growth in California and the 18th best rate nationwide between 2019 and 2020.

The study — conducted by The Chronicle of Higher Education based on federal data — counted only “first-time, full-time” freshmen, of which Master’s was listed as having enrolled 199 in fall 2019. One year later, TMU is listed as enrolling 399, an increase of 101%.

The next highest growth rate in California during that span belonged to Unitek College at 92%, and Cal State Los Angeles was third at 19%. This, of course, was before TMU’s record-breaking 2021 incoming class arrived, driving the school’s traditional undergraduate enrollment up over 1,000 students. The growth of TMU’s student body comes at a time when donor funds have contributed to a number of campus enhancements and academic expansion.

In recent years, Master’s has invested significantly in its campus, aiming to enhance the student experience through extensive dorm renovations, the remodeling of the Department of Engineering and Computer Science and upgrades to more than a dozen classrooms. TMU’s library is also currently undergoing a significant remodel.

In all, Master’s offers more than 150 programs, all taught from a biblical worldview.