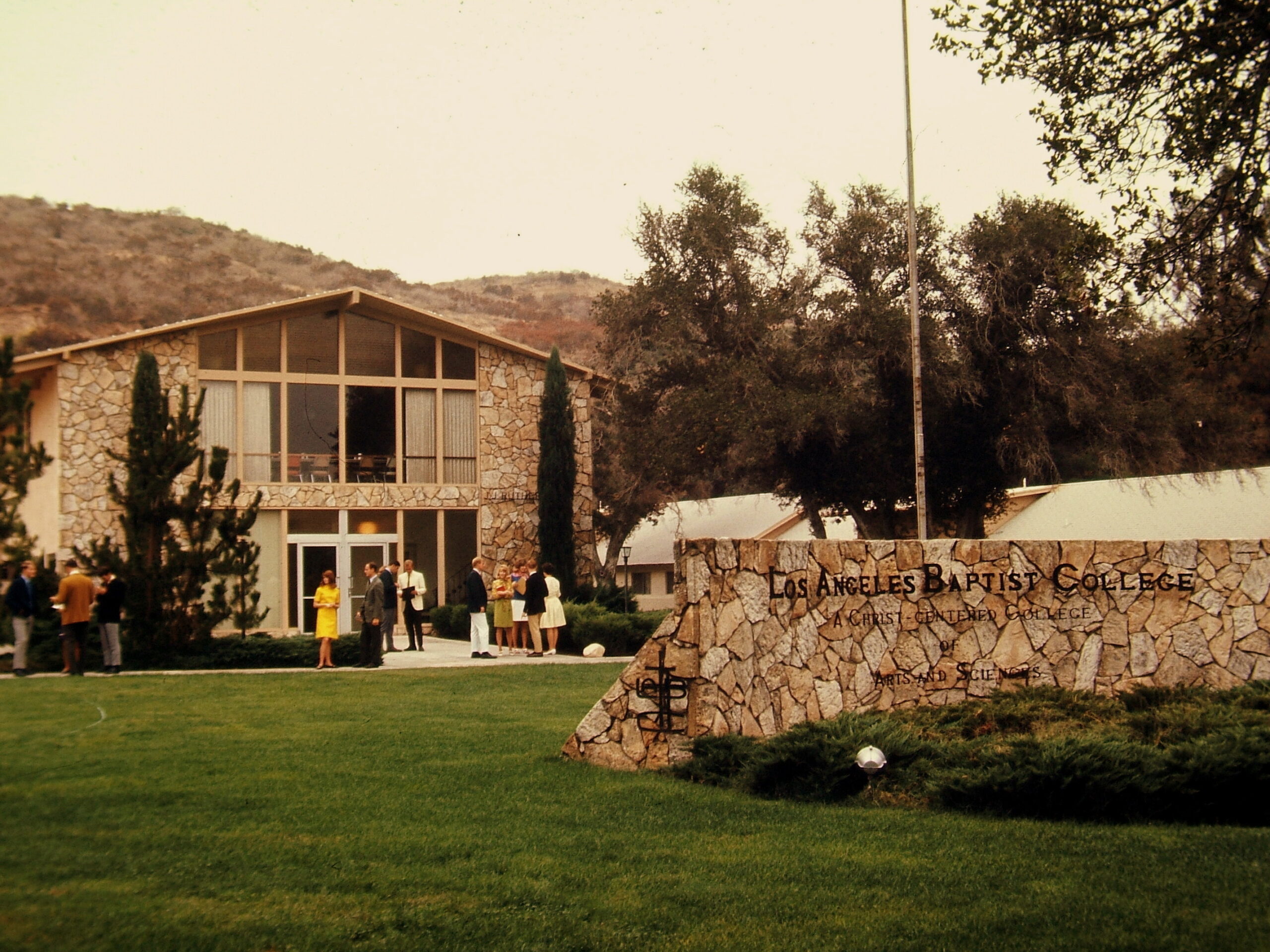 TMU has added quite a few buildings since moving to Placerita Canyon in 1961, but the location’s original charm still remains: a quiet suburban setting filled with beautiful oak trees. Once upon a time, LABC students queued up along the stairs in Rutherford Hall to eat in the cafeteria on the second floor. Now that the cafeteria has moved to the Dunkin Student Center, Rutherford serves as an administrative building, housing the executive offices alongside departments like admissions, financial aid and marketing. The adjacent Legacy Room was constructed in 2011. Bross Gymnasium, built in 1967 with funds donated by a chicken farmer named Robert Bross, has long been the center of community life on campus. The building hosts chapel services each week, and it also serves as the home of TMU’s basketball and volleyball teams. After a major renovation in 2014, the building was renamed “The MacArthur Center,” with the playing surface labeled “Bross Court.” In 1970, the entire student body could fit on one side of Bross Gymnasium’s bleachers for chapel. Those days are long gone, but TMU’s chapel services remain the spiritual heartbeat of its on-campus community. Comparing these two commencement ceremonies on our Newhall, California, campus – one in 1961 and one in 2021 – demonstrates just how much certain things have changed in 60 years. But while TMU now has a larger student body and an upgraded campus, the reason the school exists remains the same: to empower students for a life of enduring commitment to Christ, biblical fidelity, moral integrity, intellectual growth and lasting contribution to the Kingdom of God worldwide. From early cornerstone faculty members like Dr. Herbert Hotchkiss, to current faculty like Prof. Dawn Okonowski, high-caliber professors come to TMU because they share the University’s wholehearted commitment to shepherding students into a greater love for Christ and a greater understanding and mastery of their chosen discipline.

For more information on who we are at TMU, explore our about pages.