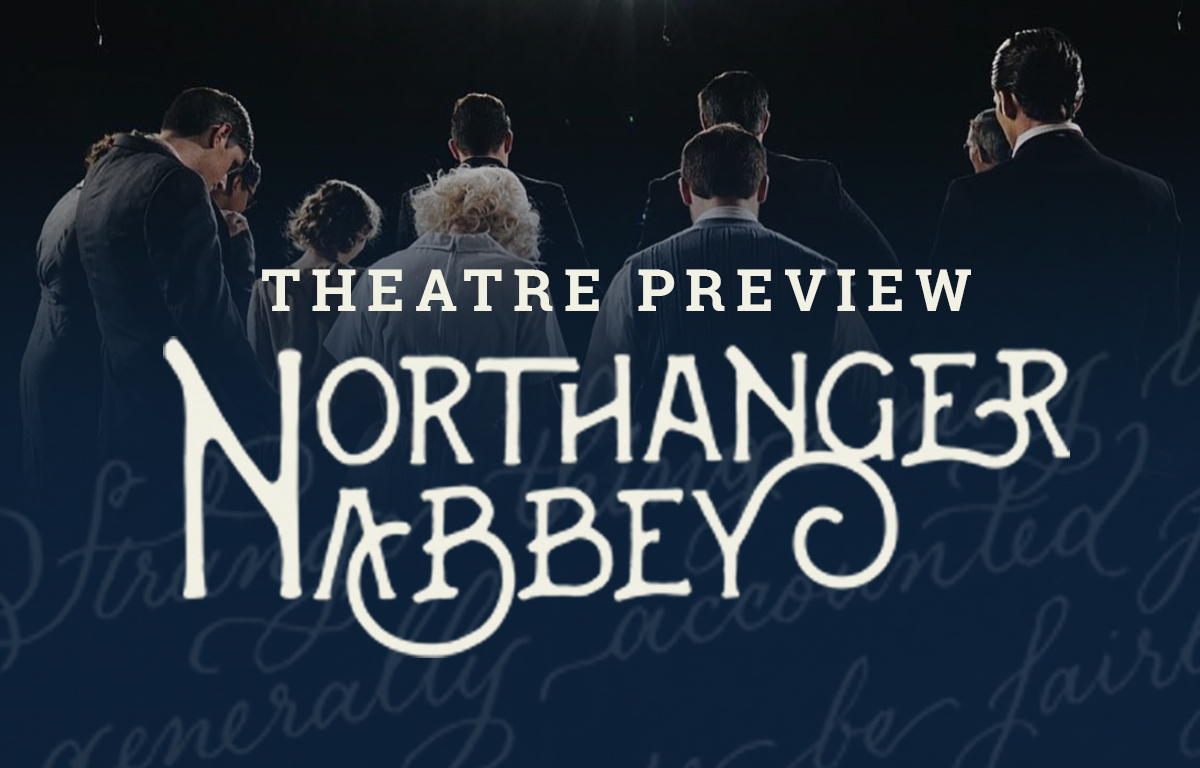 A worn Los Angeles Dodgers hat, black Vans with fraying laces, pink pants and a polka dot sweater, a one-size-too-large white hoodie and a trench coat were only some of the clothes standing out in the Music Recital Hall on Monday night. Each person, still allowed to dress in their street clothes until dress rehearsals began, then donned the garb of English aristocracy in the early 1800s.

Less than two weeks away from opening night, the Theatre Arts Department at The Master’s University is hard at work to produce “Northanger Abbey,”a play adapted from Jane Austen’s first novel.

This cast and crew of 59 students bring to life the classic coming-of-age story. Catherine Morland, played by Junior Rebeqah James, is a 17-year-old girl with her head in the clouds, where life is like the countless novels she has read: daring deeds, haunted houses, ghosts, evil men lurking around every corner, a dashing prince charming and a world of heightened experience.

“I relate to Catherine quite a lot,” James said matter-of-factly. “She is innocent and clueless and, even as I grow up, I am still like that. I have a huge imagination and there are times I have to tell myself, ‘I live in the real world.’ Those who believe real life is boring don’t have their eyes open.”

Kailey Richardson, a senior and seasoned actress who has participated in seven Master’s U productions, spoke to her final character Isabella Thorpe. “Isabella is Jane Austen’s ‘Mean Girls’embodied in one person,” Richardson laughed. “She is only about herself and manipulative. I hope I don’t relate to her; she’s pretty much the worst. I used to be much more like her in high school, living for myself and my own intentions.”

Every Jane Austen novel has a formula. In addition to the innocent and likeable protagonist and the unscrupulous “best” friend, what would an Austen story be without the love interest?

According to Seth Bowling, a junior at Master’s, his character Henry Tilney is “kind, charming—though not in an arrogant way. He is genuine and sees through the shallowness of society.” Bowling quotes the 2016 film “La La Land” to explain that his character “understands he lives in a society ‘that worships everything but values nothing.’”

Austen was one of the first English novelists; therefore, her fiction has become a formula for others to follow. Though formulaic, her work has survived more than 200 years and is still widely popular. All of her books have been adapted to film, TV or the stage, including interesting parodies like “Pride and Prejudice and Zombies.”Swoon over her work or scoff at it, but there is a reason for the longevity of her art and the fact even a modern piece of art like “La La Land”can be used to describe a 200-year-old tale.

It is timeless because it is human, reminding us that we live in reality. Austen refuses to write simple characters who are purely good or purely evil, James said, and the cast of “Northanger” communicates this clearly and subtly. Merely sitting in one dress rehearsal of the first act, one can relate to every character, major and minor, innocent and manipulative. “Northanger Abbey” uses fiction to present the consequences of romanticizing life. It reveals the emptiness of fiction and the value of substantive reality. It is human.

But isn’t that one of the many purposes of art?

It can transcend reality to reveal reality. It hits the sympathetic chord in humanity and makes people laugh and cry; it provokes thought and conversation. Ultimately, these characters are played by people who are themselves observers of life. When the spotlights are turned off and the audience has left the theater empty, save for the bent programs strewn on the floor, those characters don the worn Dodgers hat, the black Vans, the pink pants and polka dot sweater, the hoodie and the trench coat.

The Master’s University’s production of “Northanger Abbey,” with its timeless storyline that speaks to the human experience, has the potential to be their all-around best production yet.