Serving the Lord in South Africa 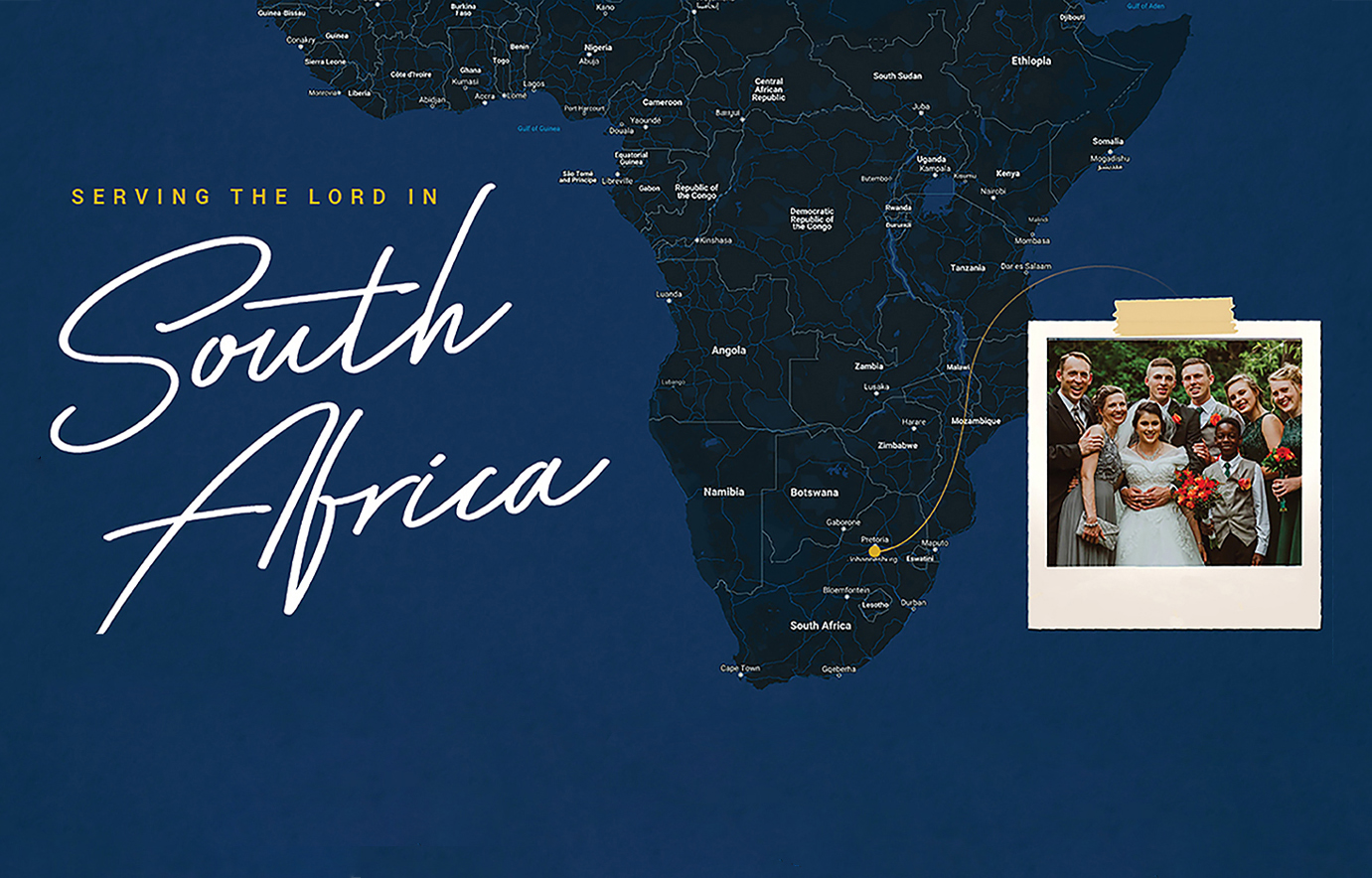 Editor’s Note: This story originally appeared in the May edition of  The Mustang Connection, TMU’s alumni magazine.

Churches are a dominant force in South Africa, including in the metropolis of Johannesburg. But as in the United States, some of these churches teach a Christianity far removed from biblical truth.

Some South African churches preach a prosperity gospel, and others teach a syncretistic blend of Old Testament law and animism. Churches with sound doctrine can be hard to find.

Tim Cantrell, pastor of Antioch Bible Church in Johannesburg, wants to change that.

Tim experienced firsthand the transformative power of a faithfully biblical education at The Master’s University and The Master’s Seminary, and he believes that an important part of strengthening the church in Africa is providing similar opportunities for local Christian leaders. To do this, Tim and his wife, Michelle, who is also a TMU grad, have helped establish a seminary in Johannesburg. They also plan to open a South African college modeled after TMU.

The Cantrells’ journey to this moment began more than 10,000 miles northwest of South Africa.

Tim came to TMU as a Bible major with a passion for God’s Word and a growing interest in global missions. While here, his desire to serve God overseas came into clearer focus. It was also here that he met Michelle Somerville, who shared that passion.

“Our friendship was very much about missions and about the work of the gospel overseas,” Tim says.

That friendship eventually blossomed into a marriage, and together the Cantrells wanted to take what they’d learned at TMU to a place desperately in need of the truth. But where?

That question was answered during a trip to Kenya, where Tim’s parents served as missionaries.

“I saw the church in Africa being a mile wide and an inch deep,” Tim says. “There were a lot of planters, but not many waterers. Some good Pauls, but not many Timothys strengthening the church and providing depth to follow the breadth. There weren’t many people training leaders.”

Tim and Michelle have spent the past 23 years striving to meet that need in South Africa. They have trained local leaders who stand on Scripture; they have helped plant churches (including Antioch Bible Church); and they’ve been involved in founding Shepherds’ Seminary Africa, where Tim serves as president.

The seminary — a trusted ministry partner of The Master’s Academy International — offers a four-year program that allows church leaders to receive a Bible-saturated education without traveling far from home.

Tim says, “We are trying to offer graduate-level training to produce pastor-shepherds who are trained in faithful expository preaching, while keeping them in the greenhouse of their own local churches who send and mentor them. And when they graduate, they can either return to or be sent out by those churches.”

In December, Shepherds’ Seminary will graduate its first cohort, a group of eight men. The Cantrells are happy to see the firstfruits of their labor, but they also have grander goals in mind.

“We have a burden to build a Christian university,” says Tim. For the past five years, the Cantrells have been helping get Genesis University off the ground. They hope the institution will one day be the TMU of South Africa (they even hope to recruit Master’s grads as faculty members).

The school hasn’t yet opened due to strict accreditation requirements (in order to qualify, the institution needs to have secured land and facilities), but the Cantrells have been praying about and fundraising for a promising campus in Johannesburg.

Titus Cantrell — the second oldest of Tim and Michelle’s five children — shares his parents’ passion for seeing a school like TMU established in Johannesburg. He is currently studying business administration at Master’s and hopes, after he graduates in 2022, to return to South Africa and contribute to Genesis University.

Titus says, “I believe my upbringing in South Africa has prepared me to influence the country with Christian education and to help provide something that is nonexistent there: a Christian liberal arts program.”

Join us in praying with the Cantrells for Antioch Bible Church, Shepherds’ Seminary Africa, and Genesis University. If you would like to contact Tim, you can email him at tim@antioch.org.za.