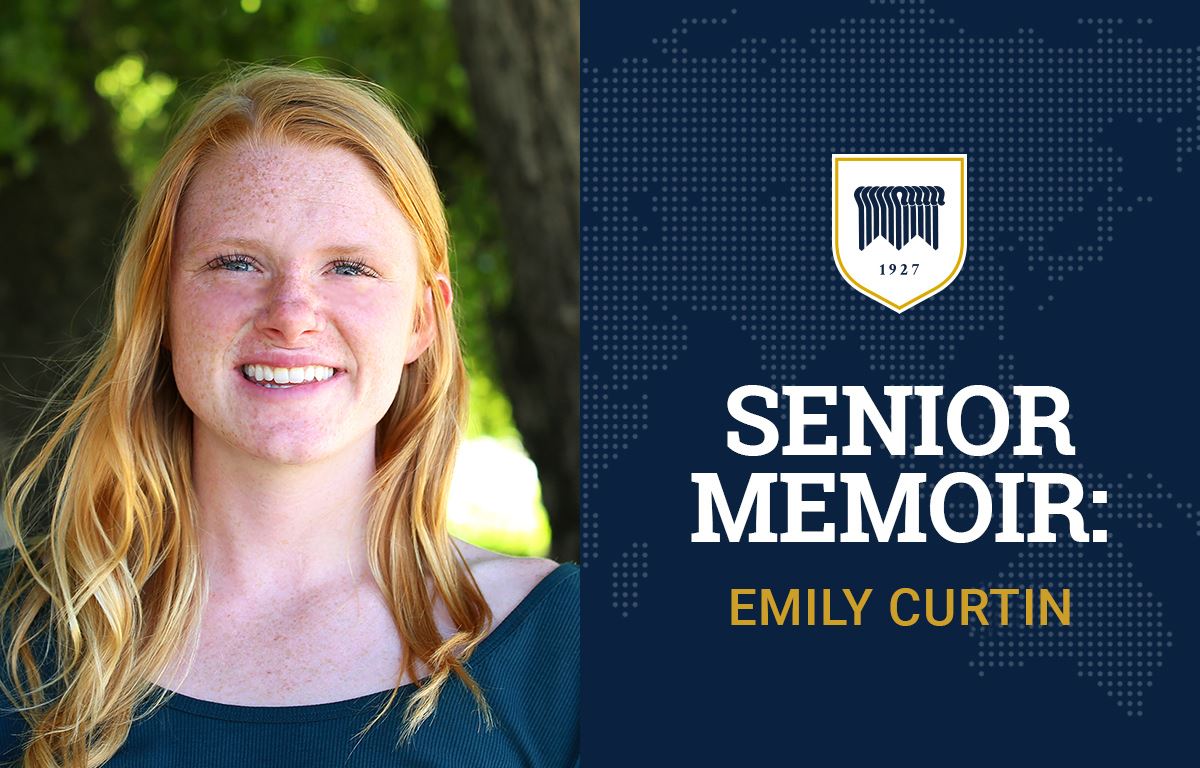 “It is not your business to succeed, but to do right, and when you have done so, the rest lies with God.” -CS Lewis

We are a world obsessed with achievement, driven by a fear of being shamed, and chained to the perceptions of our peers. I arrived at TMU with a deep desire to grow as an athlete and to grow in my relationship with Christ. In my four years I have found that self-glorification is tasteless when compared to the sweet experiences found in living a life for Christ and loving others.

It was clear from our first team practice on July 28, 2015, that I was not just an athlete, but a dear sister in Christ. The team desired to promote my growth as a player and to nurture my love for the Lord. Coach Allan Vince led by example and treated each girl as a valued individual and not just as a tool for achieving a winning record. I wish I could say that I adopted the freedom of this mindset, but God was faithful to arm our team with godly women who modeled an upright heart and godly priorities each year until I found their peace. There is no question that I have found life-long friendships among my teammates who are concerned with far more than my athleticism. I have been discipled, served and encouraged by some amazing women who make it clear that they would rather strive together with integrity than for earthly laurels.

In academia, grades seem to highlight achievement or a lack thereof, and as classes began, I was once again stumbling over a need for affirmation in my achievement through a joyless grind for excellence. I may have continued struggling as an individual, if not for the persistence of the peers that have become like family.

Future TMU students be warned – the love you will be shown by your brothers and sisters in Christ may seem overwhelming at first, but to embrace them will result in countless blessings. It is from my peers that I learned the great value of having a body of believers in my corner, and if a cord of three is not easily broken, you will find yourself bound up in support and tenderness from far more than three during your greatest failures and deepest hurt. In the world of pre-medicine, you will often find cut-throat classmates who will compromise relationships and isolate themselves to compete for medical school admission, but by the grace of God, that was not my experience here. Professors have opened up their homes to me, classmates have reached out to me when I’ve struggled, and I have always been encouraged to use my studies as a means of joyful worship and not as a means to a financially stable end.

My greatest lesson at TMU has been this: it is rarely the what, nearly always the how and usually the Who that dictates the value of your life. Achievement is fleeting, perceptions can be manipulated, but the theme of my senior year will resound in my heart for years to come – Christ is all.