Rise and Shine: Mustangs Ranked No.2 in Nation 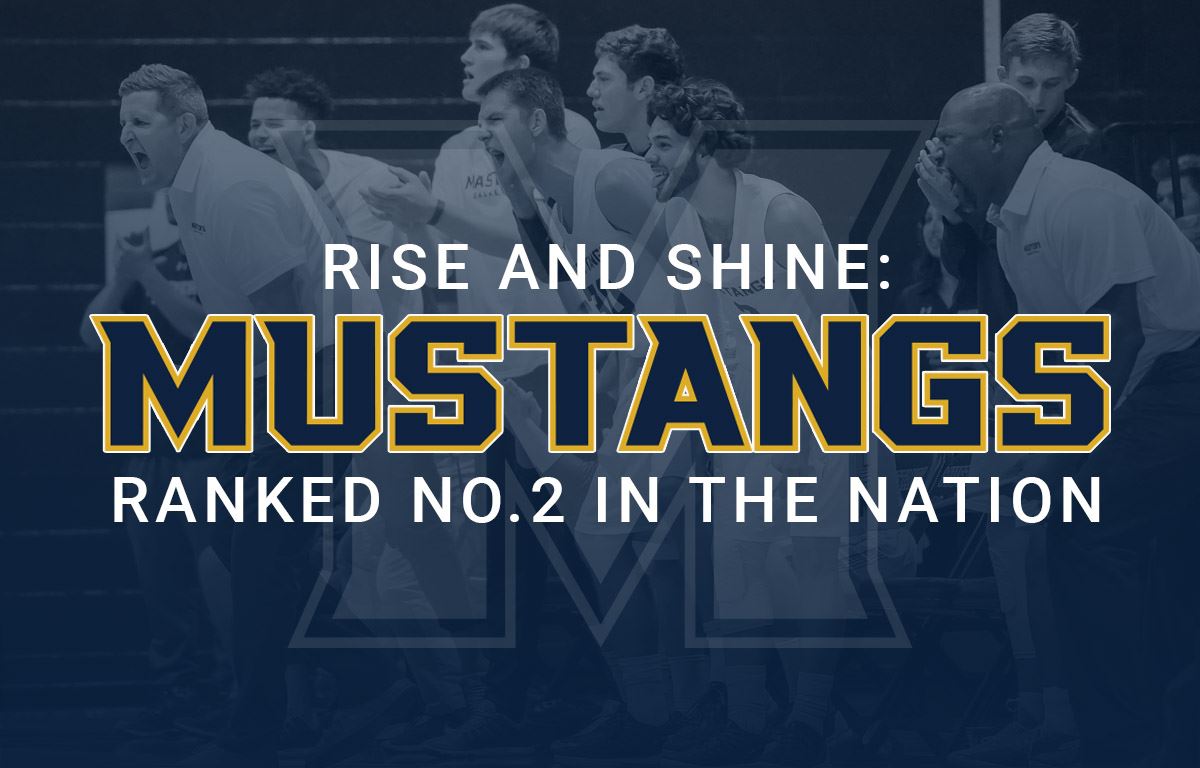 It’s not likely to be a chant bellowed from the bleachers at The Master’s University’s Bross Court.

But when you’re building something, something special, something that has come together so fast, yet, with so far to go, it says something when the NAIA Division 1 coaches poll votes you No. 2 in the country.

“Master’s is back on top where it should be,” said 6-foot-10 center Tim Soares after the Mustangs beat Vanguard University on Jan. 25 for their program-record 19th straight win.

Master’s (21-1 overall) followed with a win over No. 7 Hope International on Jan. 27, in front of another near capacity crowd, and Tuesday was rewarded with a move up from No. 4 to No. 2, the highest national ranking in program history and certainly in recent memory.

Before head coach Kelvin Starr arrived last season, the Mustangs had missed the NAIA tournament every year since 2000. This for a program that regularly pushed into the postseason in the mid to late 90s, the highlight maybe coming in 1994-95.

That year a TMU squad led by future Laker Mike Penberthy, James Mosley and Leo Gorauskas won 31 games, reached as high as No. 3 in the national ranks and advanced to the NAIA’s elite eight. At one point, it won 18 straight games, a record that stood for more than 20 years.

“That was an unbelievable team,” Starr said. “I have a lot of respect for the alumni and the program. That was my goal when I came here: to get it back to where it was. And we’re not even there yet.”

Seven games – two at home – stand between the Mustangs and the first regular-season Golden State Athletic Conference title in program history. TMU controls its own destiny, in a sense, with a one-game lead on Westmont College and a two-game lead on Hope.

“We’re halfway there, to our first goal,” said point guard Hansel Atencia, who is one of three NCAA Division 1 transfers on TMU’s roster, “which is to win the conference and go to the conference tournament.”

The Mustangs won the conference tournament for the first time last season, taking down Hope in a double-overtime thriller before advancing to the second round of the NAIA tournament. They won 27 games in all, or 23 more than the year before.

TMU’s ultimate goal is to win a national title. And Tuesday’s No. 2 ranking says it is headed in the right direction.

Reigning GSAC Defensive Player of the Year Lawrence Russell, though, said the Mustangs are focused on the immediate future.

“Our biggest goal right now is to win the GSAC,” he said, “and take it one game at a time.”

Meet the players, study the stats, come to a game, find all the information on our new site.