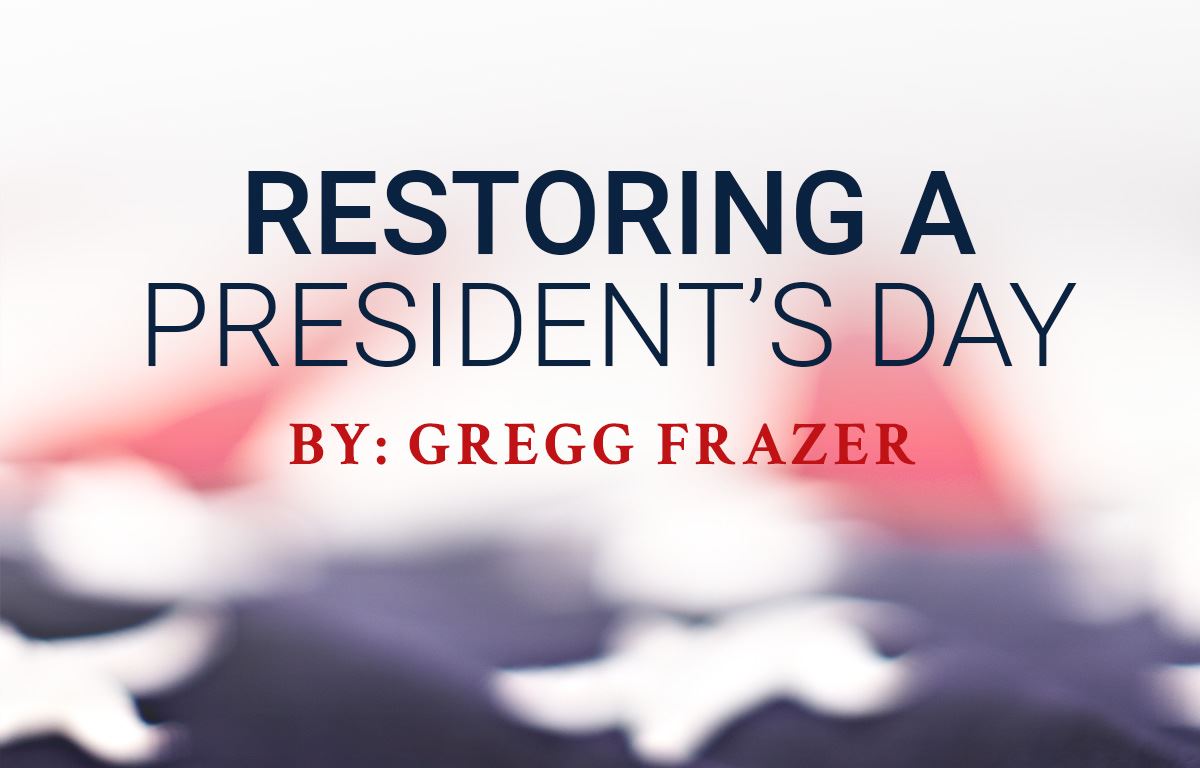 As we consider any issue, our first thought and effort should be to address the matter biblically.

God, through the Bible, requires believers to honor and respect those in authority – including presidents of the United States. But that applies only to those presently in authority, not to the question of whether we should honor past presidents. Consequently, as far as I can tell, there is no biblical approach to Presidents’ Day – and nothing anti-biblical about it, either. So, as believers, we can approach it simply via reason, history, and personal preference.

From the year after George Washington’s death in 1799, many communities in America unofficially celebrated Washington’s birthday until it became a federal holiday in 1879. In the 1960s, Congress passed legislation to move the holiday to a Monday and to include celebration of Abraham Lincoln’s birthday with Washington’s. Observance by states eventually added all past presidents to the honor roll in practice and, though the law still officially calls it “Washington’s Birthday,” the day has become known by the general term “Presidents’ Day.” Although the original recognition brought with it specific remembrances and contributions of Washington, the only remnant of that is a traditional reading of Washington’s Farewell Address on the floor of the Senate each February 22 (his actual birthday).

Long gone is any meaningful honoring of Washington, Lincoln, or any other president. It is clearly too much of an imposition on 21st-century Americans to reflect on the singular accomplishments of the greatest American (Washington) when there is so much shopping, travel, shopping, vacation activities, and shopping to do. What we really need is a three-day holiday, not any kind of civic activity that might tend to unite us or give us an appreciation of this exceptional country and those who created it and made it thrive.

With our newly enlightened democratic sensibilities, it would not be appropriate to single out any individual presidents for special recognition – unless, of course, we single them out for disapproval. Those who support the murder of unborn children for the sake of convenience view themselves as moral superiors and suitable judges of the past and present and as proper arbiters of what is culturally acceptable. Unaccomplished presidents who share certain preferred views and approved policies are now raised above incredibly accomplished, but politically incorrect persons who used to be deemed worthy of statues and namesakes because of real contributions.

By my determination, eight of America’s presidents were net positives in their influence and achievements; fourteen were net negatives; and twenty-two were mere occupants of the office. Although a believer had an obligation to honor each of them while they were in authority, there is no such obligation to honor them all after the fact. Count me among those who would like to see “Presidents’ Day” become “Washington’s Birthday” in practice again. If I were in Congress, I would sponsor legislation to return the day of recognition to February 22 and challenge Americans to set aside their pursuit of leisure and shopping to engage in substantive remembrance of the tremendous accomplishments and sacrifices of a great man.

Who knows? It might even be possible to counteract some of the anti-American indoctrination that has passed for public education for the past two or three generations. Any effort to encourage e pluribus unum – the making of one people out of hyphenated groups – and to return to the principles of Washington and the other Founders of America would seem to be worth a try.

The sustainability of the country may depend on it.