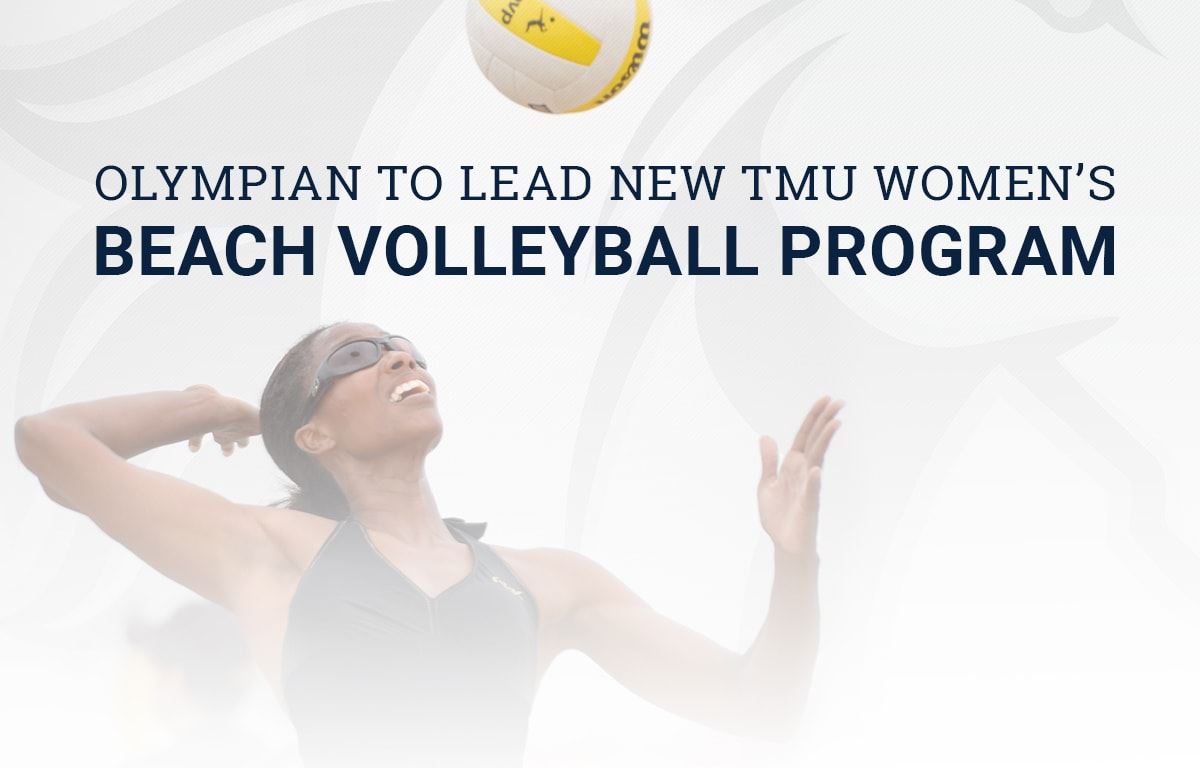 As an outside hitter on UCLA’s women’s volleyball team, Davis had won a national title, earned conference and national awards and been enshrined in the school’s athletic hall of fame.

She briefly played as a pro, but in some sense she felt there was little left to accomplish.

She loved slamming the ball to the floor against six defenders, cheers bouncing off gym walls with equal ferocity. But applying her ability to attack the ball to a game that would require mastery of every skill — blocking, digging, etc. — with sand, wind, sun and rain all in play, she wanted that challenge.

She also had friends who had transitioned to beach volleyball, and their success emboldened her to follow.

In the end, she proved she could — and at the highest level, the highlight of a 17-year beach career coming at the 2000 Olympics in Sydney where she finished fifth with partner Jenny Johnson Jordan.

Now, six years after retiring, Davis has accepted her next challenge.

The Master’s University has hired Davis as its first women’s beach volleyball coach, with the program set to begin competing during the 2019-2020 school year.

Master’s plans to build an on-campus beach volleyball complex for use in fall 2019.

Convincing the 1994 Pac-10 Player of the Year and a two-time NCAA Division 1 All-American to climb onboard was an important first step. Not that it took much convincing.

“When they asked me, it was kind of a no-brainer,” says Davis, who felt the same way about teaming up with Johnson Jordan on the sand 20-plus years ago.

The pair of UCLA teammates shared a love for Christ, each centering her life first on faith, then family, with volleyball a distant third.

Their friendship and athletic ability allowed for an expedited run to the top of a sport that can require 8 to 10 years to summit.

Davis and Johnson Jordan rose to the No. 1 ranking in the U.S. in less than three years, training in Santa Monica and Manhattan Beach in the late 1990s against some of the country’s best beach players, including Misty May-Treanor.

They qualified for the Olympics in 2000 — the first African American team to do so in beach volleyball — and went on to become one of the most prolific and longest-lasting duos in the history of the sport, winning titles all over the world.

Their rise was fast, but not without a learning curve.

“That weekly training, of getting beat daily, helped us become better faster because over time we started learning the things that they were doing in order to beat us. And we started to incorporate those skills into our game,” Davis says of those Southern California training sessions early in her career. “Within a year we were beating them. I believe in surrounding yourself and playing against people that are better than you. In the process you will inevitably improve. Our story is not ordinary. I always say it was a God thing. Our rise to No. 1 in the country should not have happened as fast as it did. God made that happen.”

As a head coach, Davis hopes to build a culture similar to the one she experienced last season as an assistant for TMU’s indoor women’s volleyball team.

Under head coach Allan Vince, the Mustangs won the first Golden State Athletic Conference regular season and tournament titles in program history. But what Davis relished was the relationships.

“I really appreciate how, even though it’s a sport and we’re competitive, I feel like to a certain degree everything is spiritual, everything is still about our walk with God,” she says. “I love when we have prayer time together, love when we find out what each other’s burdens are, and I love how we get to challenge them with Scripture in order to play in a way that would glorify God.”

The Mustangs appreciated Davis, too.

McKenna Hafner, a junior libero, says Davis brought a calming influence to the huddle in the midst of adversity.

“She never let the emotional intensity of the game show on her face, which really helps,” says Hafner. “When you see that your coach isn’t stressed out and is just focused on strategy, it really instills a confidence in all of us that she believes we can execute the game plan.”

Jane Cisar, a junior middle blocker, says Davis provided detailed feedback to help players fix mistakes. “She helped me a ton with my blocking,” says Cisar, an NAIA All-American in 2018.

Now, Davis, who will continue as an assistant for TMU’s indoor team, will get to do some of her work outside “the box.”

“Getting after it outside is different than getting after it in a box, I have to say,” says Davis, who’s married to TMU swim coach Byron Davis and is the mother of two. “Beach culture is just different. Even if you’re on sand on the school campus, there’s still just something magical about that.

“So, yeah, we’re going to work really hard. I’m definitely a disciplinarian to a certain degree; I like excellence. So I will have high standards, but obviously we’ll have fun, too. For me, doing my best is fun, and I hope I can instill in these girls that giving your all whenever you’re out there, being totally focused, gives glory to God.”