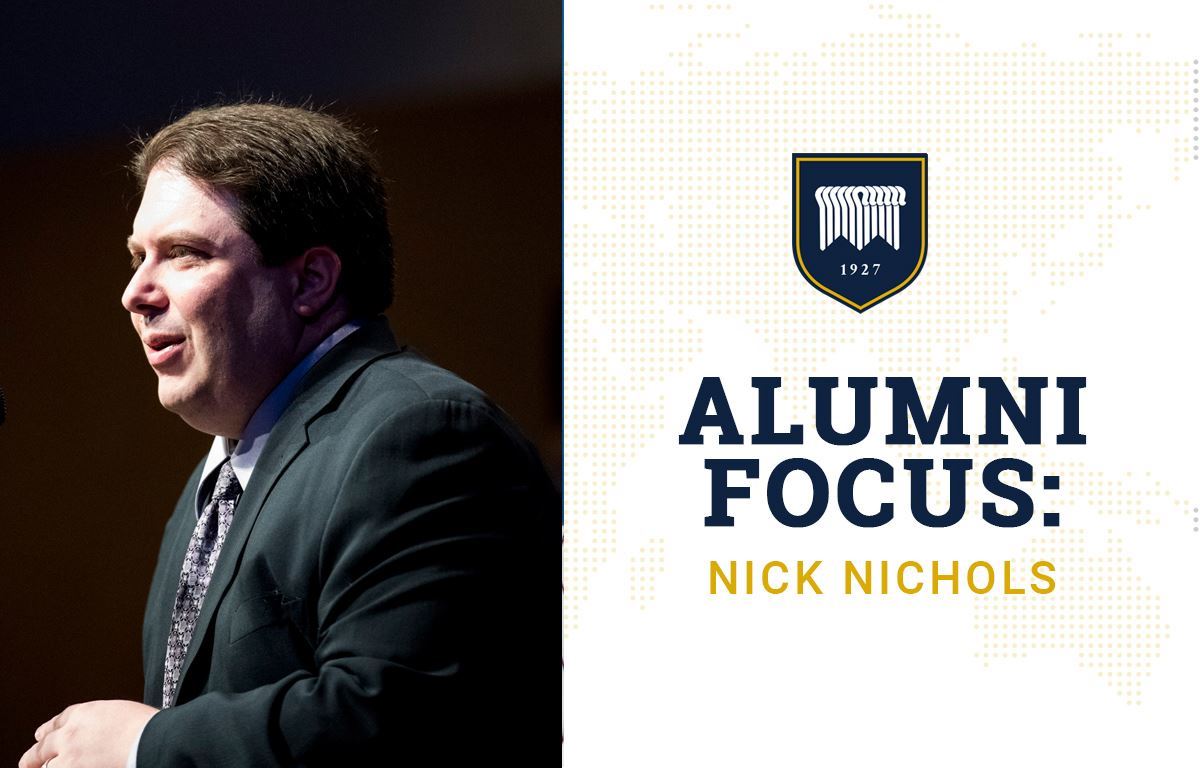 Similar to the pride of a parent for their son or daughter who finds success, TMU loves to see its graduates making a difference in the world and bringing glory to God. Alumnus Nick Nichols, founder of Inspire Charter Schools, is one of those people.

Nichols studied history during his time at Master’s with the goal of becoming a teacher. After graduating from the college, Nichols received his Master’s degree and teaching credentials from National University, later earning his doctorate from USC.

While he furthered his education, Nichols spent a decade in the Los Angeles Unified School District as a teacher. He was disenchanted with the processes and poor customer service offered as he watched both students and families soak in the negative effects. Having a window into the administrative side as well, Nichols found a disconnection between the goals of the public school system and their methodology to achieve such goals.

So when God provided the means, these experiences influenced Nichols to create another education option for students and families where they would be the first priority.

“What inspired me to start Inspire was being a part of the Los Angeles Unified School system and seeing so many kids fall through the cracks,” said Nichols. “So our mission is to empower families who homeschool their children.”

In 2014, Nichols founded Inspire Charter Schools for homeschool families in California. The school has locations in 29 counties throughout Northern, Central, and Southern California, offering its services to about 85 percent of the state’s population. Within four years, Inspire now serves 17,350 students K-12 across California and employs 1,053 people, and it continues to grow. It is the largest charter school for homeschool families in the state.

Nichols may not know why God has blessed his work so quickly, but the excellence which with Inspire operates certainly has something to do with it.

The way Inspire works is by teachers communicating with families during the week through various means. Teachers then meet with students once a month to go over homework and assignments. Families can call upon teachers on an as-needed basis for extra assistance. Inspire also provides several user-friendly online education programs, which put them ahead of the curve with their competition.

In addition, Inspire offers enrichment opportunities using student funds provided by the state. This allows students to learn skills not often available in public school systems like guitar lessons, or to take trips for cultural enrichment such as visiting Washington, D.C.

In order to create the high-quality experience Inspire does, Nichols wanted to build the school on two unique elements, which has consequently allowed the school to grow so quickly in such a short amount of time.

“Inspire is unique because we listen to parents and treat our teachers with respect as professionals,” said Nichols. “Other schools in this sector hired at-will and didn’t listen to parents, so what makes us unique is what has helped us grow so fast.”

These distinctive qualities were influenced by Nichols’ time at Master’s, especially from the impact of two history professors.

“Two of my favorite professors were Dr. [Clyde] Greer and Dr. [John] Stead,” said Nichols, “they were great examples of godly men.”

Nichols even received his doctorate from USC partly because Dr. Stead, now TMU Senior Vice President and Provost, had done the same thing. But the impact of his professors went far beyond academics, as they showed a genuine care for the students in their care and kindled within Nichols the same passion. This inspired Nichols’ desire to do things God’s way and to create something excellent with a Christian mindset.

And the work Master’s is doing now—especially with the Centers of Excellence campaign—has Nichols excited, prompting him to form a mutually beneficial partnership between Inspire and TMU. Nichols hires Master’s graduates providing them with gainful employment while building his company with employees who share his same Christian ideals.

“It’s relative to the Master’s culture to train up college youth to think about loving others and serving,” said Nichols.

“Partnering with Master’s allowed me to find likeminded people who wanted to serve others and love others.”

Looking into the future, Nichols would eventually like to see Inspire reach the areas they currently are not able to serve like Sonoma and the Bay Area. He also has plans to expand the school into other states such as Michigan, Ohio, Tennessee, and Georgia.

However, Nichols’ focus is maintaining the good work Inspire is doing in California because the bottom line is not profits, rather impacted lives.

“We’re very happy with where we’re at, so we’ll think about [expanding] when the time is right,” said Nichols. “The most important thing is to stay true to the values that made us successful, which is to serve others and listen to families.”