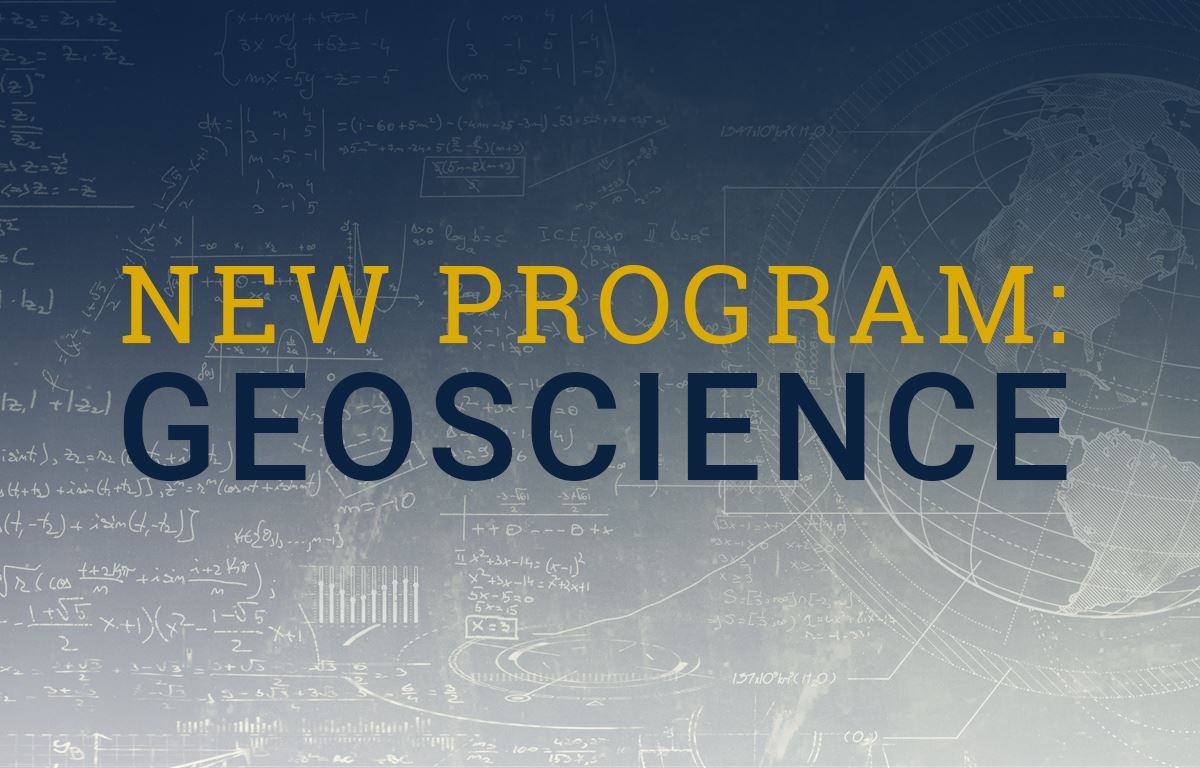 Santa Clarita, California — Starting in fall 2018, The Master’s University will launch a new Geoscience major, building on the already solid foundation offered by the Biological and Physical Sciences program. Students will now be able to graduate with a Bachelor of Science in Geoscience with an emphasis in either Geology or Environmental Sciences.

Graduates of the program will be prepared to investigate the history of our planet, the materials of which it is made and the internal structure and forces acting upon it.

“Adding a geology program seemed like a very good fit, especially… considering our stance on origins,” said Dr. Matt McLain, assistant professor of biology and geology. Master’s U interprets science through faith rather than faith through science, firmly holding to and teaching the opening chapters of Genesis—the literal six-day creation and fall of man—as historical events.

This new program not only corresponds perfectly to the study of origins, but also complements the location of the university. Jamaica Kincaid, an Antiguan-American essayist said,

“When I moved out here to California, I became obsessed with geology. It’s impossible not to be interested in the earth if you live in a place like this.”

Filled with renowned destinations like Vasquez Rocks, Sharktooth Hill, Rainbow Basin, Death Valley, Yosemite and the La Brea Tar Pits, and close to the Grand Canyon, the Petrified Forest and Zion National Park, California is a gold mine for the rock enthusiast.

“The geologist who sees the most rocks is the best geologist,” McLain explained, and this program aims for just that. The classroom is not limited to the four walls of the Reese Center for Science and Mathematics on TMU’s campus.

Field studies will practically prepare graduates for their future careers. According to McLain, there are many professional routes available, including research, the National Parks Service and oil, gas or coal mining companies. California also contains many ice age fossils and Native American artifacts—several of which are dug up consistently across the state. Consulting jobs are in high demand because builders are now required to hire a geologist to inspect the land before laying their foundations.

Entry-level geologists with only a Bachelor of Science degree earn an average of $92,000 a year and increase their profit margin within the first 20 years of employment, according to Forbes.com.

Dr. Joe Francis, the dean of the School of Science, Mathematics, Technology & Health, expressed his own excitement about the geoscience program, noting the variety it will provide for general science majors. **“It will broaden the base in their own field…” he said. “One of the ways that scientists can be successful in their field of study is through collaboration.”**

“God has left a record of His judgment in the rocks and geological formations of earth, but also left a record of living creatures, some which have never been seen in our era,” Francis continued. “There is much for science students and faculty to study as we learn more about the creative genius of our Creator from the stone cold rocks of the earth.”

“In the beginning God created…” is the very origin of the geoscience program, and budding scientists will learn that the true and revealed history of the earth only takes a bit of digging.