Neuroscience, Semiotics, and the Tower of Babel 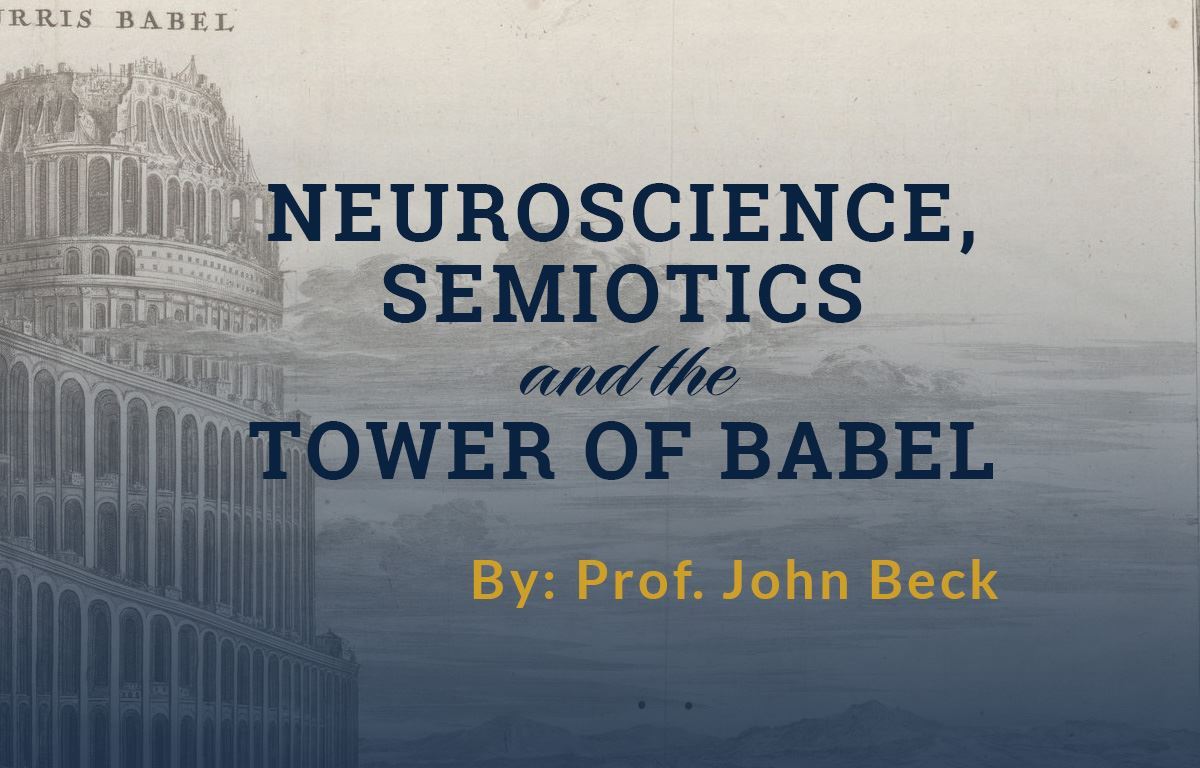 When we discuss the general revelation of God in creation, it is impossible for me to get very far before I am floored by the wonder and complexity of the human body. As God’s intended image bearers, we know that humanity holds a special place in the created order, and there are many theological directions we could go with a discussion like that.

Today what I want to talk about is the brain.

It is astounding what God has allowed us to observe regarding the brain. It is said your brain has approximately 140–150 billion individual neurons. Each is connected to between 1,000 and 10,000 other neurons at locations called synapses (Sawyer, 2012). Go ask Amazon Alexa how many synapses that comes to, and I bet she says a lot.

There has been much published recently about developments in neural imaging. There has also been a good amount of work done around neural networks and artificial intelligence. As with most empirical efforts, the advances seem to get overblown and instead of driving us to a place of humility, they do the opposite.

The unregenerate heart allows every new scrap of knowledge to inflate human pride to untested limits.

What we need to understand when we go down the road of marveling at advances in neuroscience, is that we are still truly and vastly limited in our understanding.

If you are familiar with the term PET scan, I can give you an idea of what I mean. A PET can measure volume elements down to 5 mm3. They call those little units voxels (volume elements). Those are a bit like the 2D pixels that compose the picture on your television or computer screen, but they are 3D because they have volume.

To truly observe the minute inner workings of a brain, we would need to increase our measuring capacity dramatically. So, what about the fMRI? Does the fMRI see more? What an MRI does is to look at areas of the brain that are activated by measuring the proportion of oxygenated to deoxygenated blood. When the proportion is higher it is an indication of more activity in that location.

The variation interacts with that big magnetic field in the MRI machine and that can be measured. So, are they seeing activated areas of the brain?
Yes, but the reality is that those fancy images on television that show activated areas in the brain are somewhat doctored. The whole brain is activated all the time and what the fMRI detects is only the tiniest of variations in the level of activation. These never go above 1 to 3% of baseline activity found in the brain’s resting state (Sawyer, 2012). They get those fancy pictures by canceling out the parts of the picture with no change. This is a process called ‘pared image subtraction.’

God has allowed human beings to observe some great wonders about what is going on in your noodle.

The sad news from this research is that we can’t say “right brained” or “left brained” anymore because that understanding is out of date. Instead, there seem to be networks of brain locations spread across both hemispheres which show greater or lesser activity when a person is engaged in various kinds of activities. There is even a “default network” that seems to be activated when you are awake but thinking about nothing in particular.

Other fun facts you could talk about at the dinner table:

The brain accounts for only about 2% of body weight but uses 20% of all the energy you consume in a day.

If you think that your new exercise program might be a deep thought workout, you should know that intense thought only changes the locations of your brain that are activated. All your neurons are firing all the time. Your brain is simply amazing and amazingly costly from an energy standpoint.

When you consider that these brains of ours are social, and that they not only function internally, but that they drive interaction in community things get even more interesting. The whole idea of this line of thought is referred to as social cognition.

Communication scholars have looked at social sense-making for years. It seems we try to make sense of our environments, and events in community through communication and with great subjectivity.

The best way that I can describe this line of inquiry is that it concerns subjective creation of meaning by groups of people.

It is sometimes called the social construction of reality (Berger, 1967).

Part of that sense-making function that we engage in includes the assignment of meaning to arbitrary symbols —letters that make up a language, for example. By now your biblical framework should be setting off some alarms. Are you thinking of idolatry, culture, sin?

So, you are walking around with a miracle between your ears.

Because I love to study communication, the next thing out of my mouth should be that communication must be the thing that makes us objectively and biologically special, right? Here we must return to imago Dei, and say what makes us biblically special is that we are made as God’s image bearers.

Our God is a communicating God. His first act in creation was to speak.

So, communication must be what makes us special right?

Maybe, partly, but from the standpoint of an objective observer, I don’t think communication is enough to account for what makes humanity unique in the created order. I don’t think it is tool making, it isn’t self-consciousness, and it isn’t intelligence.

What makes us biologically unique is our ability to conceive of God.

That is why I spent so much time in the fuzzy world of cognitive neuroscience earlier.

That mass between your ears is custom made to think about God. First, it is way more developed than it needs to be, it burns way more energy than evolutionary biologists would say makes sense, and it is designed in a very specific way.

By now you probably saw this coming. What massively parallel architectures are good at is **pattern recognition.** The computers they were building 30 years ago could run circles around your noodle when it comes to calculations. But that is not what makes you special; that’s not what your brain was designed for.

Your brain is custom made to detect very large, very significant patterns.

What is the largest pattern that can possibly be detected?

Is it the ‘universe?’

At the fall, when sin destroyed our ability to relate to God on his terms, and we began to ‘suppress the truth in unrighteousness’ our massively parallel brains willfully turned from their capacity to know and relate to God.

But somebody forgot to cut the ignition on our mental engine and things took a tragic turn.

The fall led us down a tragic spiral of inordinate idol creation and this expresses itself visibly in culture.

We made gods out of every recognizable pattern in nature, and even created systems of our own to worship. We began worshiping creation rather than the creator. As John Calvin once said, “Man’s nature, so to speak, is a perpetual factory of idols.”

When cultural anthropologists look at language as a manifestation of culture, the object of their study is a moving target. It is always developing because these brains of ours never quit generating subjective symbols and attaching social meaning to them. The study of symbols and the role that they play in community is sometimes referred to as semiotics.

The internet has just accelerated the process of creating and negotiating the meaning of symbols on a massive scale. Have you seen the latest meme?

OK, so I bored you to death about semiotics and neuroscience. Where does the tower of babel come in? It comes in through culture, language, conflict, wanton rebellion against God, and millennia marked by the heartache of human brokenness.

All of this built on a foundation of broken inordinate meaning construction.

When we see riots over civil war memorials, when we cringe at the sight of Nazi symbols, when the Corinthian church formed tribes around different leaders, and even when we wear our favorite sports logo (full disclosure — wearing my USC sweatshirt right now), we are experiencing little artifacts of our broken ability to worship.

It wouldn’t be wrong considering all of this to think of the human brain as a specialized sort of eye. We could even call it a ‘God eye.’ It was designed for his glory, and we have turned it to the most destructive ends imaginable.

By now your brains are bristling with biblical associations which I’ve intentionally left out. Please feel free to add these in the comments and to test these ideas against reliable principles from the word.

After all, disciplined empirical investigation of God’s general revelation, must conform to his special revelation as presented in scripture. We need regenerate minds whose unique capacities are turned to their highest use in glorifying God through Christian scholarship.

*Professor John Beck is a business professor and the chair of TMU’s new Marketing Media major, a unique program offered at no other school. This program is for the creatively-minded student with the desire to combine business strategy, communication skills and a creative flair to any company, job or endeavor. Along with this, he is the head of the online, B.A. in Organizational Management. To learn more about either earning an online degree, or the marketing media major, contact our admissions counselors.