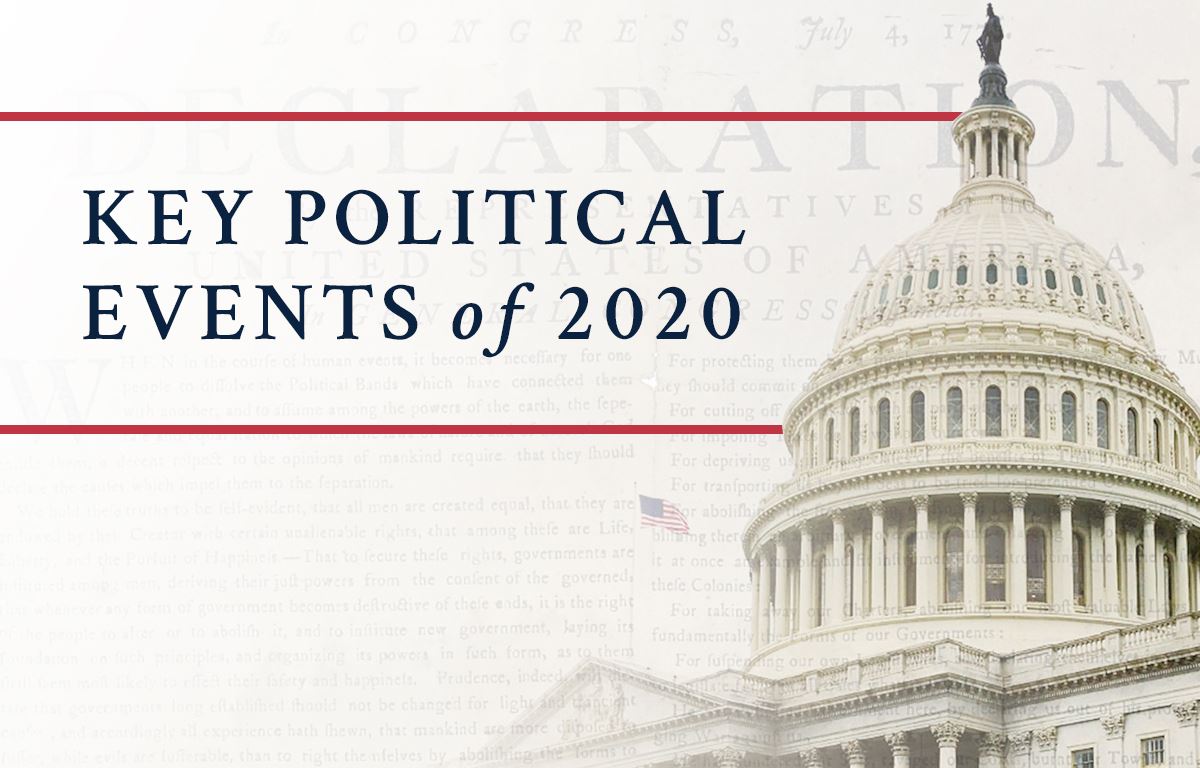 2020 promises to be a momentous year in politics. The year will be marked by at least three key political events: an impeachment trial of the president, a potentially contentious primary season, and, of course, the 2020 presidential and congressional election. I am not a prophet and I do not have a proverbial crystal ball, so there may well be unanticipated events in addition to these.

It is impossible for me to say whether the House leadership will send the articles to the Senate because I do not know which way the winds of public opinion will blow – and Speaker of the House Nancy Pelosi has her finger held firmly to the wind. If the prospect of a Senate trial remains unpopular, she will probably not send the articles. She would then declare that a trial in the Senate would be rigged and try to use that as election campaign material to claim that voters need to give the Democrats control of the Senate. This is why she is demanding a “say” concerning the Senate’s rules even though she knows that she has no authority or right to do so.

One thing is certain, if the House sends the articles of impeachment to the Senate, the Senate will acquit the president.

Near the end or shortly after the end of the impeachment saga, presidential primaries will begin. Since President Trump will be the Republican nominee, the primaries will be focused solely on picking the Democrat’s nominee. There has been a record number of aspirants – more than 20 – and 14 candidates remain in the race.

Ironically for a party focused on race and gender (identity politics) and that gets its energy from young people, two elderly white males lead the pack in polling.

Much will of course be made about the first two primaries, Iowa and New Hampshire, despite the fact that those primaries have not been particularly accurate predictors of ultimate Democrat party nominees. Since 1972, only six Iowa winners and seven New Hampshire winners have gone on to the Democratic nomination. In other words, it is a 50-50 proposition.

Probably more important will be the fact that California’s primary date has been moved up to the beginning of March. The 16 primaries held on March 3 will dwarf the four primaries held in February in terms of delegates at stake (1,709-155). Roughly 2,000 delegates are needed to win the nomination. Historically, the nation’s most populous state has had little impact on the nomination process because its primary was in June – after the nomination had already been secured. This year, its delegates (more than one-fifth of the total needed) will be up for grabs near the beginning of the campaign.

Once the Democrat’s presidential candidate has been determined, the circus that is the presidential election campaign will kick into high gear. This year’s campaign promises to be even more frantic and hyperbolic than usual, as the Democrats desperately strive to replace Donald Trump. Those paying attention will have already concluded that for the Democrats, removing Trump is far more important than placing any of their own in the office.

Dr. Gregg L. Frazer serves as dean of the School of Humanities and has coordinated TMU’s Political Studies program since its inception. His particular areas of interest are the American founding and pre-nineteenth-century political philosophy. Dr. Frazer has represented the University on the radio, across the blogosphere, and at numerous conferences and churches, speaking on the Christian’s role in politics and history and how religion relates to the American founding. He is the author of The Religious Beliefs of America’s Founders: Reason, Revelation, and Revolution (2012) and God against the Revolution: The Loyalist Clergy’s Case against the American Revolution (2018). Dr. Frazer is also a contributor to The Forgotten Founders on Religion and Public Life, edited by Dreisbach, Hall, and Morrison (2009).