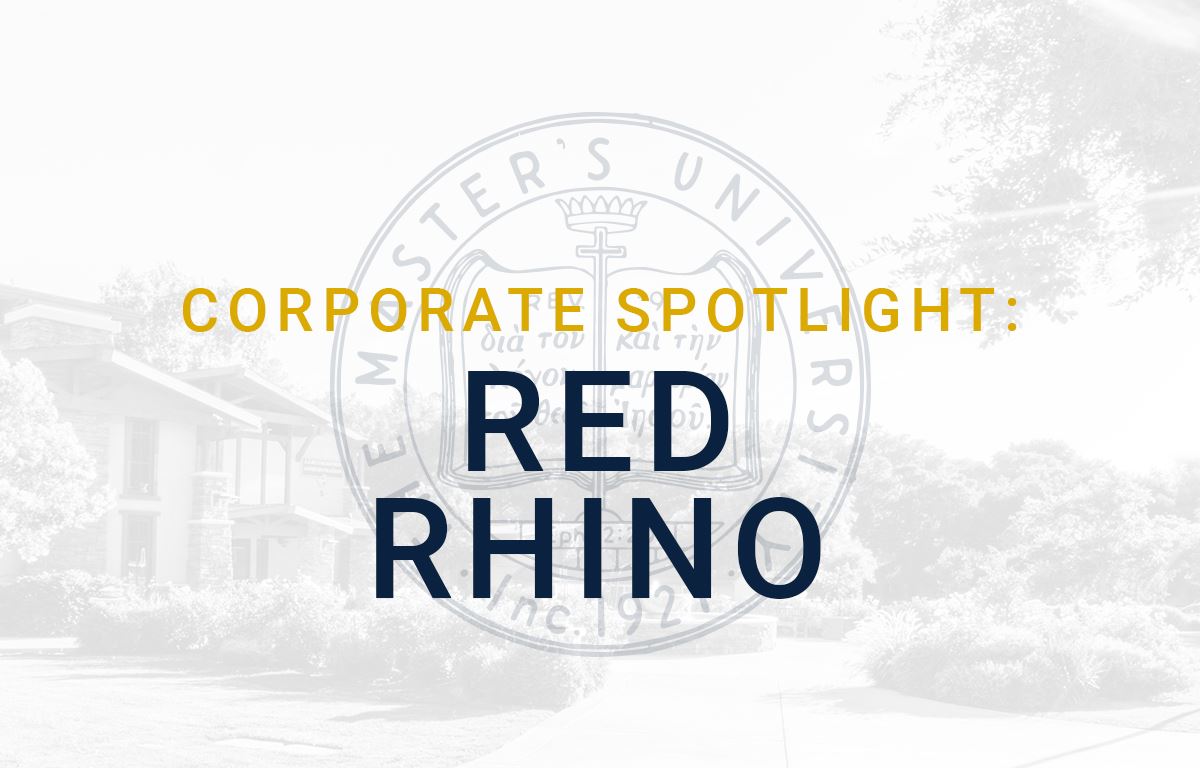 When childhood best friends Mark Marino and Danny Ferretti first met each other in their Florida neighborhood, they likely could not have imagined that they would one day own a business together. Now, their pool leak detection and repair company employs nearly 200 people and has offices on both coasts.

Red Rhino’s purpose is to “magnify God’s glory by taking care of people and funding gospel ministry.” But when Mark and Danny first founded the company in 2006, their goal was much different.

Danny says, “We were two humbled guys who needed to pay the bills.” Life before Red Rhino had been hard on both of them. After insulting his father’s business acumen, Mark had gone from running the family pool company to waiting on tables. Meanwhile, Danny had been struggling to carve out a place for himself. His own father had died while he was in college, and he didn’t have a clear place to go next.

“I convinced him to start a company together with me,” Mark says. “We went through a series of business ventures together—a series of failures.”

Along the way, they got robbed in Jamaica and lost thousands of dollars day trading.

“We lose that money, and now we have nothing. And I’m getting crushed to the ground.” Mark describes his younger self as an arrogant man; he was a Christian by profession, but nothing more. Danny was an immature believer who had little knowledge of Scripture. Their desire was for success, but their attempts weren’t yielding anything.

“I [Mark] end up going back to Dad and saying, ‘Dad, do you have any work for us?’ And me and Danny start working for my father in the pool company.” Mark’s dad put them to work as manual laborers. It was something, but the friends didn’t give up on starting a company together.

Soon, they had the idea of doing pool leak detection. It was something Mark had long been familiar with, growing up in the family industry. With the blessing of Mark’s dad, they left to create Red Rhino.

At first, Red Rhino was nothing more than another stab at business success. But when they hired their first employee, Mark’s old youth pastor, the man came with a story to share. Back when he was Mark’s pastor, he had been a worldly guy with only a veneer of faith. But since then, God had saved him, and he was now going to seminary and training to be a truly faithful spiritual leader.

“I was actually saved through that time of opening up God’s Word. It was revealing my heart—where I was truly at,” Mark says. Danny also remembers how transforming that deep exposure to Scripture was.

As Red Rhino grew through Mark and Danny’s connections, they found that their fledgling team was comprised almost entirely of seminarians and aspiring missionaries. “We turn around, and we have a company full of pastors . . . and we’re like, ‘Man, business consultants are telling us that we need to let these guys go, because they’re students and they’re working four days a week instead of five.’”

Since then, Red Rhino’s purpose has become to magnify God’s glory, and to do that by taking care of people. They’ve supported numerous seminarians and pastors of church plants, giving them a stable income and a flexible schedule to support them through what can often he a very difficult stage of life. When they eventually leave Red Rhino to transition into full-time ministry, it’s cause for bittersweet celebration.

Other Red Rhino employees have similarly “graduated” into missionary work. But others still love the company too much to leave. Among them is Tim Woodward, alumnus of The Master’s University and early Red Rhino employee.

Tim’s story was remarkably similar to Mark’s; he had grown up going to church, but it wasn’t until his first week at Master’s that the Lord opened his eyes to how lost he actually was. During his formative years at the school, his professors—and especially his baseball coach, Monte Brooks—taught him what genuine, godly leadership looked like.

After graduation, his dream of being a baseball player soon brought him to Florida. Tim and his wife joined a local church there, and they fell in love with the community. But if Tim wanted to continue to pursue baseball, they knew they would have to move again soon.

“The thought of leaving that to go back into the baseball world was becoming less and less attractive for us. We just saw our need for the church, our need for consistent body life and fellowship, and so we decided to stay.”

As it happened, Mark and Danny went to the same church. They hired Tim as a technician. Nine years later, Tim is now Red Rhino’s Director of Sales, and every day he uses the discipline and leadership skills that he learned at Master’s.

Several other Master’s alumni have also since joined the team. And now that Red Rhino has opened a location in Northern Los Angeles, they’re hoping to see that number grow.

“We want people with high character, and we want people that are hard workers,” Tim says. “And so, it only made sense to go to a place where I thought that those people exist . . . We believe that skillset is meaningless without character, and so we hope to provide the same career opportunities to people that we know are being educated and developed in the ways that matter most.”

On the other side of the coin, Master’s students are hoping for a place where they can joyfully work to the Lord’s glory alongside others who are doing the same. And Red Rhino is a unique opportunity to do just that.