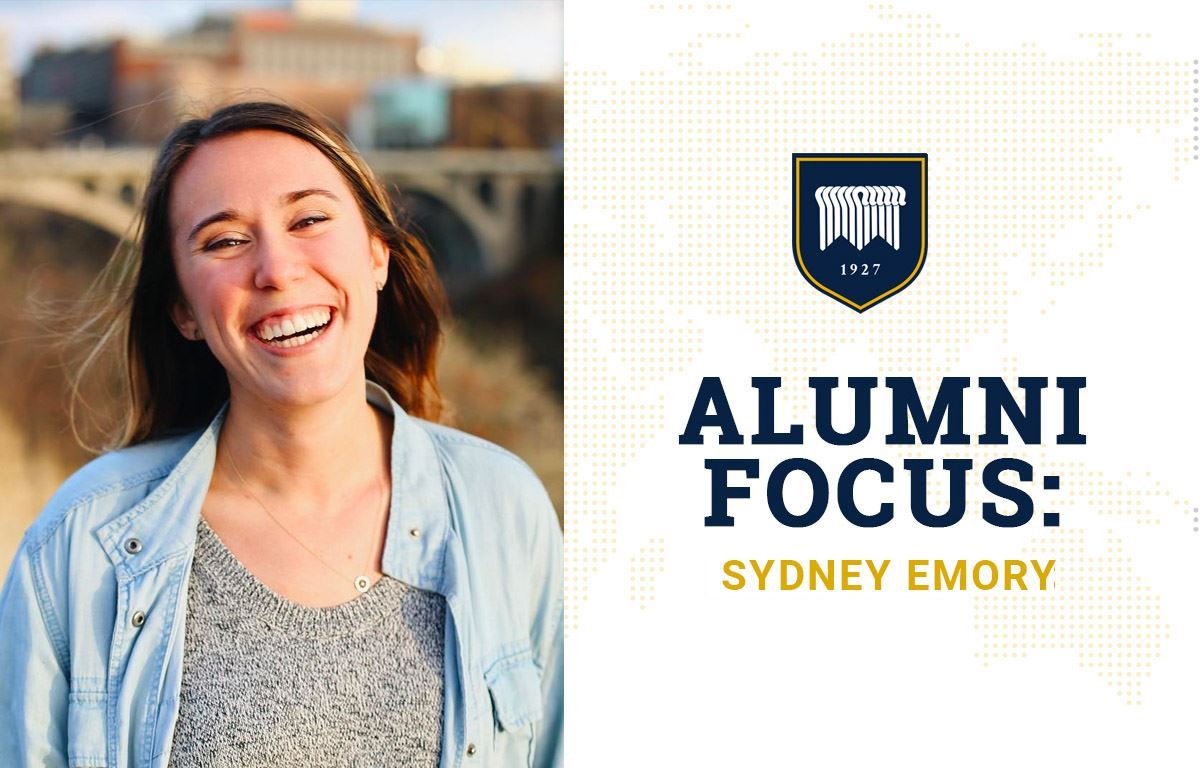 It’s the one question you should never ask a missionary.

But in May 2017, Sydney Emory had just completed her senior year at The Master’s University, graduating without a clear picture of what she wanted to do. She’d prayed, “Lord, please help me go where You want me to go,” a thousand times, but still lacked clarity as she arrived in London, England with her Global Outreach team to serve missionaries and TMU alumni Matt (’94) and Kimberly Davis (’95).

She thought the GO trip would be a good way to serve the Lord, and she hoped it would buy her time to figure out her post-graduation life. So naturally, as Emory sat across from Kimberly Davis while then team was eating in a London restaurant, the question just came out.

“What should I do with my life?”

Without hesitation, Davis answered with just a word: “missions.”

One year later, Emory is back in England serving as a short-term missionary for London City Missions, aiding “the least of these” and sharing the Gospel in a culture antagonistic towards it.

Of course, it wasn’t that simple.

By the end of the month-long visit, Emory says her heart had completely changed toward Europe. She prayed for hours about her future and talked to other missions-minded people. She even found herself figuring out how to raise funds to get back to the United Kingdom.

In June 2017, she flew home to Spokane, WA., and put her bachelor’s degree in kinesiology and time on TMU’s women’s basketball team to use. She worked three jobs — seventh grade boys basketball coach, personal trainer and aid at a physical therapy clinic — accumulating over 60 hours a week to fund her way back to London.

Seven months later, she landed at the London Gatwick airport and moved into her new residence, filled with 9 other believers and missionaries.

Since January, Emory has worked for London City Mission, one of the oldest mission’s organizations in Europe. She partners with the Davis family and their missions team (affiliated with ReachGlobal) when she can. LCM focuses on serving the marginalized people groups of the city — the elderly, children and homeless — and has placed her in Vauxhall, a section in the Lambeth Borough right along the Thames.

Every day of the week is full. Mondays are filled with staff meetings and football (soccer) outreach, Tuesdays with primary school youth group, Wednesdays with the food bank, Thursdays with training, and Fridays with two Bible studies, a boy’s youth group and a toddlers play group.

In her “free time,” Emory participates in door-to-door ministry, visits the elderly to provide practical help around the house and one-on-one Bible study, and prepares for upcoming events. In September, she will add one more ministry to her schedule, a church plant called Hope Church Vauxhall.

“London is a very individualistic and cold culture, but it’s made my relationship with the Lord — especially in the sense of prayer — just take off,” she said.

London is named as one of the world’s most globally influential cities. But in this sprawling metropolis filled with over 8 million people, 55 percent of residents feel lonely, making London the loneliest city in the world.

Even so, finding alone time with the Lord has been hard. “Even if you wake up at 4 a.m., which I’ve done, to go by the river to have alone time, there is someone there on their morning run or walking their dog,” Emory said. “So, I’ve taken advantage of all the free museums. The National Gallery is the jam because people are generally quiet in museums.”

Immersed in that individualistic, cold culture, Emory has found a greater appreciation for the church body in London. She attends and serves at Globe Church, located at King’s College in Central London, a convenient place for twenty- and thirty-somethings to gather, as it’s only a short distance from many workplaces. “Globe has their service and then we all bring food and eat together,” she said. For most people, this time of fellowship is essential because it’s the only fellowship they will have the entire week — only seven percent of Londoner’s claim evangelical Christianity.

“TMU is so rare and I don’t think I valued it enough being there,” Emory said. “I was saved only six months before getting to TMU, so I was a blank page. I was soaking up everything between how to study the Word of God, hearing sermons six times a week and being surrounded by Christians my age and people with the same doctrine.”

Master’s “taught me what living to the glory of God looked like but being in London has helped me make it my own,” she said. “It’s helped me figure out why I believe what I believe.”

Please pray for Sydney Emory and Matt and Kimberly Davis and their three children (Tyler, Hallie and Alex), as well as all the Master’s alumni who serve in missions around the world, that they would stand firm for Christ and Scripture and that many would come to Christ through them.