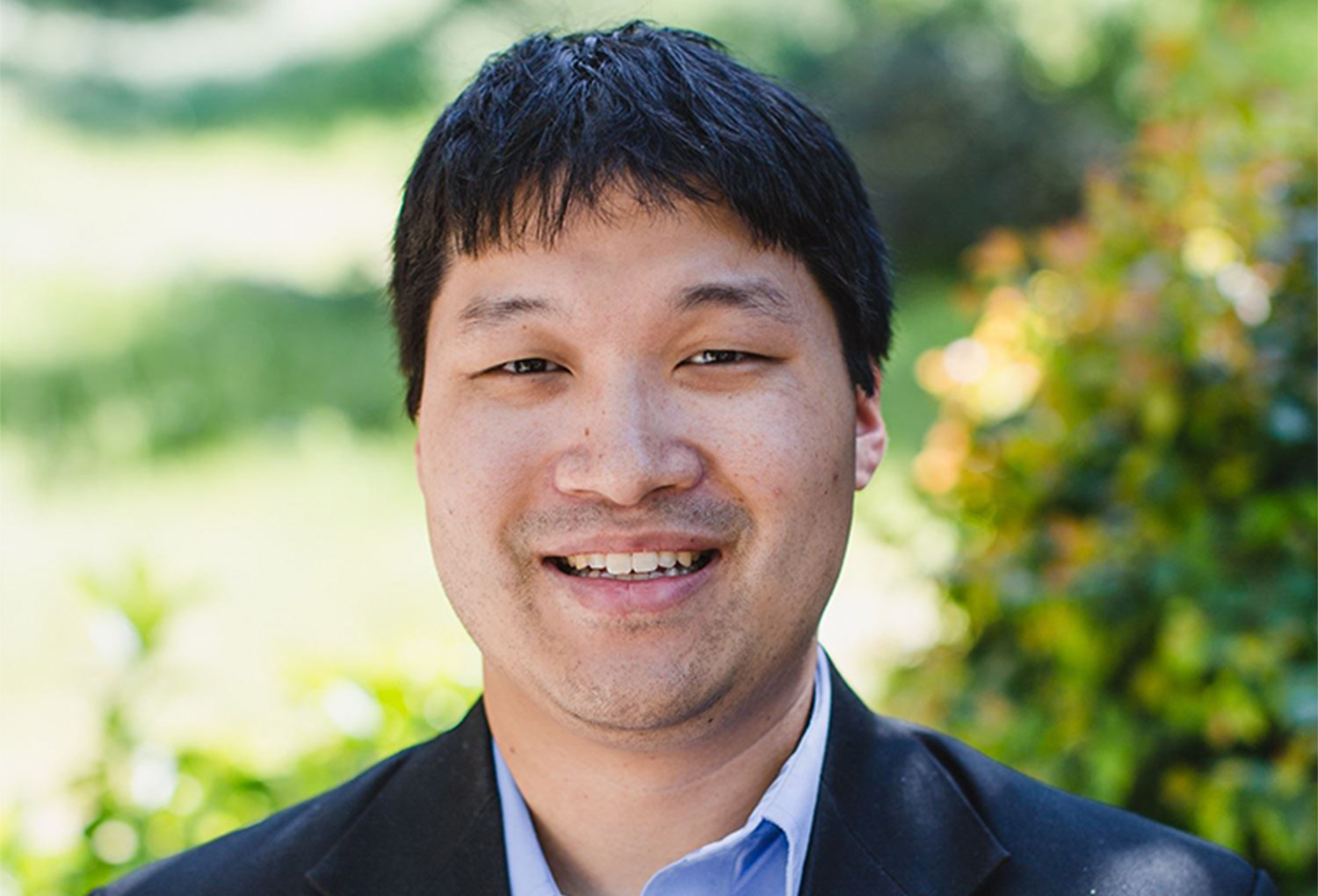 Dr. Abner Chou has been affirmed by the Board as full-time president effective May 6, 2022, and has served as interim president since 2021.

A graduate of The Master’s University & Seminary, Dr. Abner Chou’s service to TMUS began in 2004 when he was invited to teach a Greek class to undergraduate students. But long before he would set foot in the classroom as an instructor, the Lord was preparing him for a lifetime of commitment to academic excellence and biblical fidelity.

Prior to coming to TMU as a student, Dr. Chou believed that the Bible was shallow and boring. Upon studying it deeply, however, he realized that the Word of God is the most profound truth, and that the God of the Word is absolutely almighty, sovereign, transcendent and unsearchable. From then on, he has dedicated his life to ensuring that no one entrusted to his care would ever again view Scripture as dull, but rather behold what it truly is: the most compelling revelation of the one, true and most glorious God.

In 2017, in recognition of his commitment to academic and theological excellence in research, writing, teaching and leadership, Dr. Chou became the first and only fully funded research chair at The Master’s University, serving as the John F. MacArthur Endowed Fellow. In the legacy of Dr. MacArthur’s unwavering devotion to Jesus Christ and the inerrant Word of God, Dr. Chou’s primary charge in this position is to ensure the doctrinal integrity of The Master’s University through influence in research, writing and teaching.

Dr. Chou has taught a variety of classes in Bible and theology, some of which include Greek, Hebrew, Old Testament Survey, Biblical Theology, Hermeneutics, Exodus, 2 Samuel, Ezekiel, Job, Luke, Acts, Ephesians, 2 Timothy and Hebrews. He also established and led the five-year B.A./M.Div. program that allows students to graduate with a B.A. in Biblical Languages from TMU and an M.Div. from TMS.

He has also been crucial in establishing several donor funded scholarships including the Cornerstone Fund and Pastor-Teacher Scholarship.

Most recently, Dr. Chou has served as head translator for both the Old Testament and New Testament Legacy Standard Bible, which is anticipated to be the most accurate translation of the English Bible in existence.

Dr. Chou is also editing two books for publication (one concerning Greek Grammar and linguistics, the other on the Psalms); completing a co-authored Job commentary; and researching a book on David (tentative title: A Theology of David: Prophet, Poet, and King).

Dr. Chou is a widely sought-after plenary speaker and guest lecturer at national and regional conferences, universities and seminaries.

In general service to the community, Dr. Chou posts his Bible lectures online. To listen to his lectures and sermons, click here. To watch Dr. Chou at Shepherd’s Conference 2020, click here.

On a personal note, Dr. Chou enjoys reading, hiking, traveling, fountain pens and spending time with students and, of course, his family. The Lord has blessed Abner with an incredible wife and ministry partner, Johanna, and four children: Nehemiah, Naomi, Meital and Hannah.

Historically, The Master’s University and Seminary has enjoyed the tenure of faithful presidents. Each of them has ensured that this institution remains committed to Christ and Scripture.

The Master’s University and Seminary president embodies the following:

First and foremost, the president of TMUS is a stalwart for the doctrinal fidelity of the organization. He affirms the institution’s doctrinal statement without qualification, upholds it without reservation, and competently defends it. He models these theological convictions by being elder-qualified (cf. 1 Timothy 3; Titus 1) and is committed to the priority of the local church as evidenced by his active service in a local congregation.

Furthermore, the president has a passion for the educational mission of The Master’s University and Seminary. He thoroughly grasps the intensity of the institution’s commitment to the lordship of Christ in learning. At TMUS, Scripture is authoritative, not only over every discipline but also over how those disciplines are inculcated inside and outside the classroom. Faculty and staff do not simply distill truth but invest their very lives in shaping the hearts and minds of students. The goal of such instruction goes beyond an intellectual pursuit. It commits all thought, vocation, and life to the glory of God. Such an education is inextricably linked with the liberal arts. The president is a compelling champion for this Christ-centered education as he articulates, exemplifies, and cultivates it both on and off campus.

The president is prepared to face the present and upcoming challenges in Christian higher education, and knows how to formulate a decisive strategy to guide TMUS to continued faithfulness. He is a gifted administrator. He discerns the threats and opportunities of the current theological, political, and educational landscape. He understands the operations of the school in the areas of finance, enrollment, education, accreditation, and compliance. He gives direction in these areas. Within this responsibility, he represents the institution to the board of directors, acknowledge his accountability to them, and collaborates with them to chart the course for the campus. He also raises up an executive team that will assist in implementing this plan. Even more, his leadership motivates faculty, staff, and students to wholeheartedly participate in carrying out this agenda. The president is approachable and encourages openness in the decision-making process, yet makes timely and difficult decisions.

The president must equally exert leadership among external constituencies. He is the face of the institution to both the local community and the broader evangelical world. He is an articulate and winsome spokesman for the school. As such, he helps to maintain a positive relationship with alumni. He represents the institution to donors, builds trust with outside parties, and inspires investment in the ministry of the school. The president works with the development department to build and leverage partnerships that expand the institution’s opportunities.