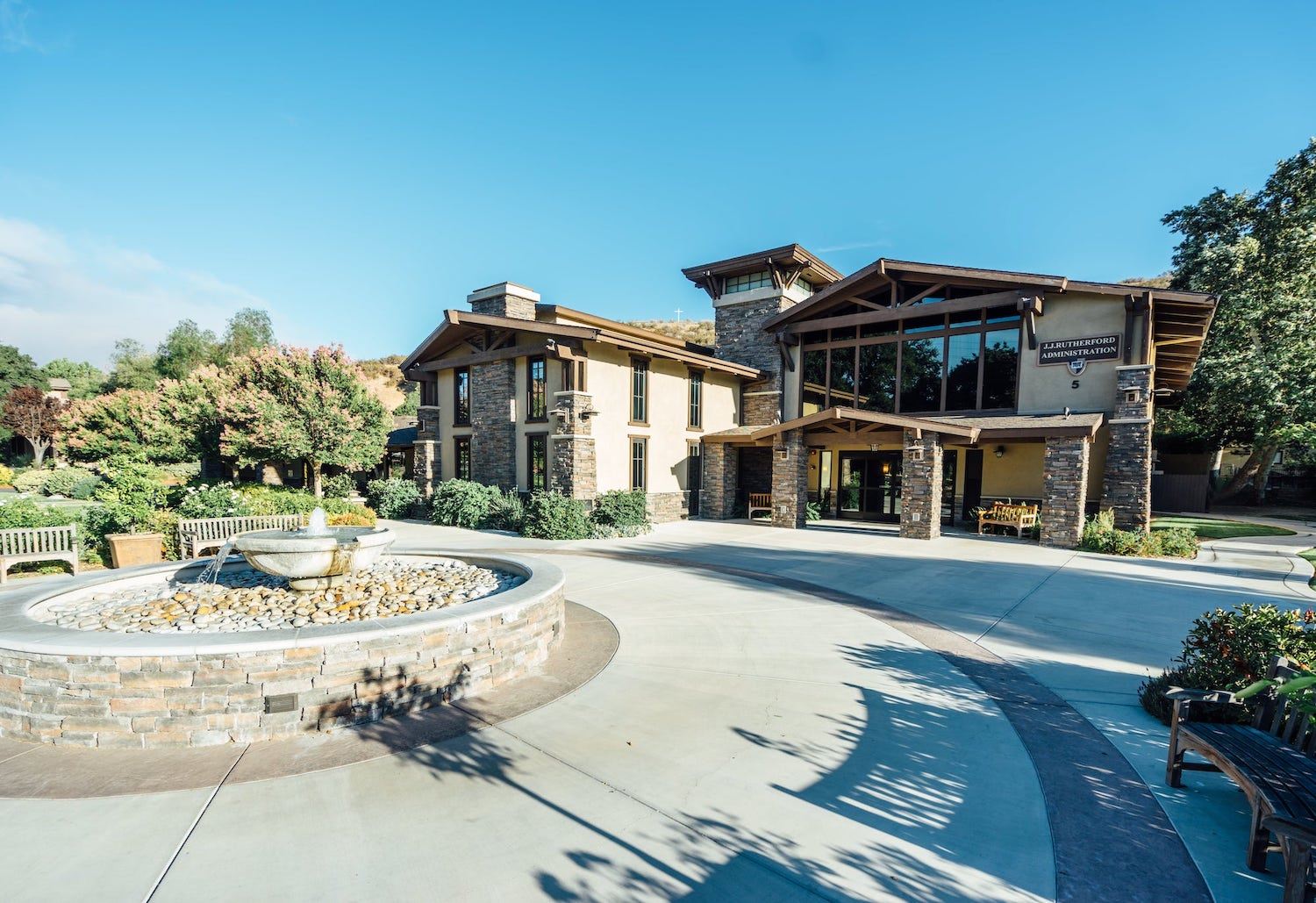 Sam Horn comes to The Master’s University and Seminary with decades of experience in higher education administration and a passion for training men and women for gospel ministry.

Growing up on a ten-acre farm in Southern Texas, Dr. Horn watched the gospel lived out in the lives of his parents. The Horn family attended a small, Spanish-speaking church on Sunday evenings. There Dr. Horn heard the gospel articulated clearly and, at the age of 13, he repented of his sins and trusted Christ as Savior.

Dr. Horn began his undergraduate studies at a branch campus of the University of Texas. He majored in chemistry and, after graduation, planned to work with his father in the lab of a local hospital. However, early in his studies, Dr. Horn realized that he needed an education grounded in the Word of God. So he transferred to a Christian liberal arts university in Greenville, South Carolina.

While at Bob Jones University, the direction of Dr. Horn’s life began to change. He fell in love with the local church and committed to a lifetime of preaching and pastoral ministry. But the Lord had a different plan. After graduation, he was offered a teaching fellowship in homiletics if he pursued a master’s degree in Bible. He accepted the fellowship and also pastored at a local church. After his master’s degree, Dr. Horn completed a PH.D in New Testament Interpretation and began working in academic administration. Thus began a life both in academia and the local church, living out his desire to serve the local church while applying his clear gifting in academic administration and the classroom.

While at Northland, Dr. Horn became a master’s man. In 2007, he completed his Doctor of Ministry degree at The Master’s Seminary. At Masters, Dr. Horn was shaped academically and molded spiritually by the influences of professors like William Barrick, Michael Grisanti, Steve Lawson, and Robert Thomas.

In 2011, he accepted the presidency of Central Baptist Theological Seminary and served that school faithfully until 2015, when Steve Pettit, president of Bob Jones University, asked Dr. Horn to become the Executive Vice President for Enrollment and Ministerial Advancement. There Dr. Horn was part of the administrative and academic team during the school’s successful procurement of regional accreditation. He helped revamp and strengthen the biblical counseling programs at the graduate and undergraduate levels. Under his leadership, enrollment thrived at both the undergraduate level and at the seminary. The university re-established relationships with alumni, donors, and churches around the country. And, most importantly to Dr. Horn, he sought to bring a culture of discipleship and a love for the local church to the campus.

When Dr. Horn was initially recruited for the presidency at The Master’s University and Seminary, he graciously turned down the offer. He was sobered by the weight of the stewardship. At TMUS, he saw a 35-year legacy of faithfulness that could not be changed. It must be guarded and protected. He prayed that if there was a better man to steward these schools, that the search committee would find him. After looking across the country, the search committee again asked Dr. Horn if he would interview for the job. They believed he was the right man to keep TMUS grounded in its doctrinal legacy and lead it into the future. So after more prayer, and wise counsel from his wife, Dr. Horn agreed to begin the interview process, which culminated on February 7th, 2020, when the TMUS Board of Directors unanimously elected Dr. Sam Horn the 9th president of The Master’s University and the second president of The Master’s Seminary.

Dr. Horn and his wife, Beth, have a son, Robert, and a daughter, Ashton.