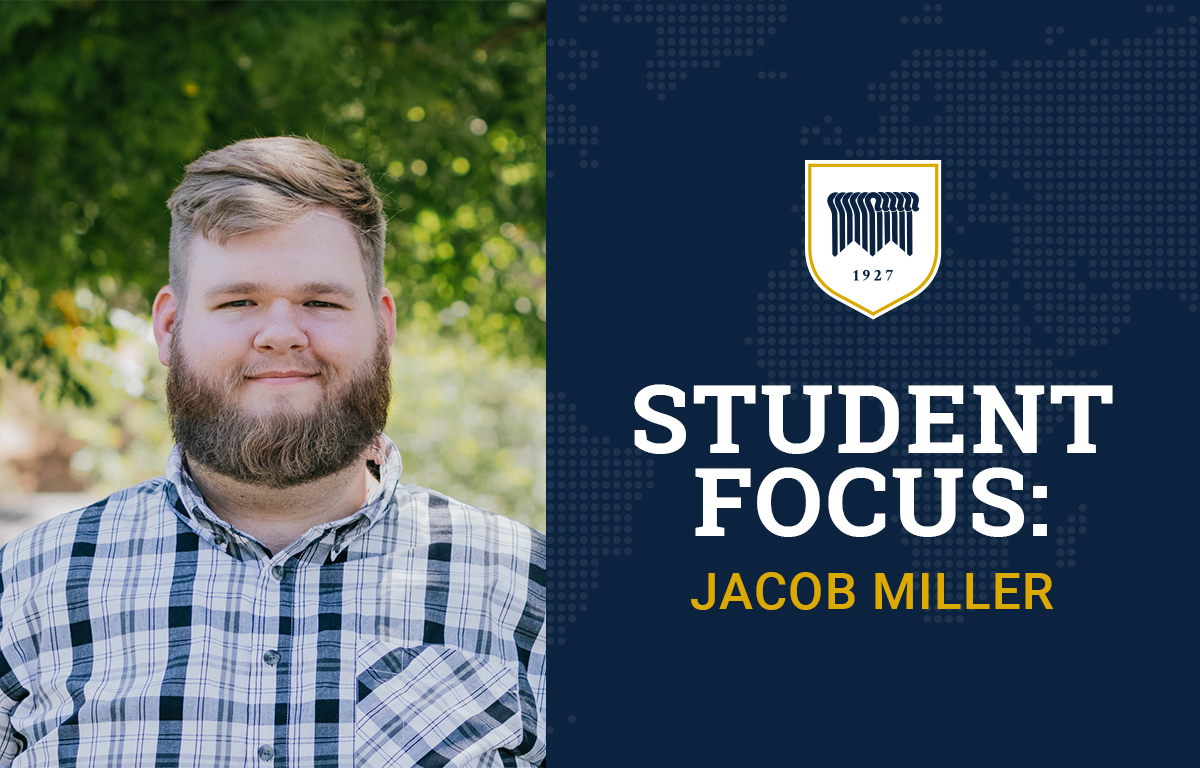 Jacob Miller can’t pinpoint the day or time when he came to saving faith in Jesus Christ.

What Miller can tell you — with great conviction — is what God has done in his life since then. In recent years, Miller has grown in his passion for Scripture and for personal holiness; he’s been thrust into the pulpit of his local church and he’s fallen in love with expository preaching. Most recently, he’s moved from his home state of Mississippi to Southern California to be trained as a biblical counselor at The Master’s University.

Miller, a second-year student, is praying about going on to seminary before returning to Mississippi to open a biblical counseling center.

“The South is a mission field to me,” he says.

Miller was all of 16 years old when he first sensed a calling to preach. After convincing his pastor that the desire was more than a whim, Miller received occasional opportunities on Wednesday nights and Sunday mornings.

Two years later, when Miller was a bit more seasoned, a different church hired him to lead its junior high ministry. That meant planning youth events and learning to be both patient and stern. “Look, y’all need to listen,” he’d say. The job also involved teaching twice per week, something that, in hindsight, Miller doesn’t believe he was prepared for. As an 18-year-old, he did his best to explain the text, but his sermons often drifted off-topic. He didn’t use notes. And when he looked outside of his church for inspiration, he felt annoyed. Some pastors, he found, quickly read through 20 verses before lecturing on a semi-related topic. There had to be a better way.

In 2020, a mentor introduced Miller to a bevy of preachers who shared two things in common — an expository style of preaching, in which a specific passage’s original meaning is explained and applied (often verse by verse), and a commitment to God’s sovereignty in salvation. These were men like Steven Lawson, R.C. Sproul and John MacArthur.

One particular MacArthur sermon grabbed Miller’s attention. It was on Ephesians 1:4-6.

“I’ve never heard a preacher so happy to preach, so excited about a passage, so clear on what it meant,” Miller says. “It blew my mind. I still think about one of his quotes. MacArthur said, ‘If people think that God is just some fisherman, bobbling his bait down in the water, hoping someone gets it, they don’t understand sovereignty.’”

Miller began to devour books and online sermons, and he poured himself into preparation for his own messages. He explained to church members that he’d be doing things a little differently; he’d do his best to walk them through passages, verse by verse — something he had more opportunities to do in 2020 after his senior pastor left and Miller stepped in to help fill the pulpit.

At the time, Miller was also leading worship.

“Trying to preach was wild because I was already out of breath from singing, because I love to get into it,” Miller says. “And then when I’m preaching, I’m getting into it, too. It was like working out.”

On one Sunday, after preaching through the story of Zaccheus, Miller was stopped at the door by an acquaintance. The man (a student at The Master’s Seminary) asked if Miller had heard of The Master’s University? No. What about the school’s chancellor, John MacArthur? Miller didn’t need to hear much more. Soon, he applied and received a significant scholarship that allowed him to enroll at TMU for fall 2020.

The experience has further cemented Miller’s desire to pursue ministry.

First, Miller loves the relationships he’s formed at TMU. He’s made friends who hold him accountable, who ask what he’s been learning in his personal study of Scripture and who encourage him to dig still deeper. “They don’t just do it because they’re at Master’s,” Miller says. “They genuinely want to talk about God because God is our love. He’s our life.”

Those kinds of conversations also take place in the classroom, where Miller relished his time in Theology of the Church and Family with Prof. Jason Beals, and Methods of Biblical Change and Intro to Biblical Counseling with Dr. Greg Gifford.

“The counseling that we look at here isn’t secular,” Miller says. “This is the Word. The Word is what’s counseling the person. I’m just the means that the Lord is using to give them the Word. The end goal of counseling is this: helping them turn away from the sin they’re dealing with, and also to get them plugged into a church and the accountability that comes with it.”

And that turns Miller’s mind back to Mississippi. “That’s just so needed back home,” he says.

To learn more about how you or someone you know can be equipped at TMU for a life of uncompromising commitment to Christ and Scripture, [click here](https://www.masters.edu/requestinfo).