Sweazy was completed in 1990 as part of an expansion project to accommodate the growing student population following Dr. John MacArthur’s arrival as President of the school in 1985. The hall is named after Carl M. Sweazy, a professor at the school during the 1940’s and 50’s. He was the school’s president from 1955-1959. He was instrumental in bringing several other prominent faculty members to the school including Milton Fish and Herbert Hotchkiss. These men together would bring the school through a strenuous time of financial pressure and external pressure to merge with another Baptist college.

The dorm is divided into four wings, two per floor of 10-12 rooms with a large central shower and restroom area on each wing. Laundry facilities are on the first floor. Each room is fully furnished for two students including beds, built-in shelving, drawers, closet space, desks, and an individual heater/air-conditioner unit. The wings are generally referred to as “Upper-East,” “Upper-West,” “Lower-East,” and “Lower-West.”

Three words to describe the dorm

Mancakes: a weekly event where the girls go visit the Slight patio for fresh pancakes and fellowship with their brother dorm.

Slight/Sweazy Beach Day: an event at the beginning of the Fall Semester with the intent to start the year off with brother-sister unity. Typically, they go to Carpentaria and enjoy the waves, volleyball, spike-ball, and hanging out together. Around the World in Sweazy Days: an event that highlights the international members of the dorm with native food, music, and activities.

Sweazy Camping trip: An event where the most adventurous (or those who wish to become more adventurous) venture out into the wilderness to soak in God’s beautiful creation and to enjoy fun times together.

Ritz Blitz: a Spring Semester, formal, brother-sister event. Slight and Sweazy dress up for an evening where they enjoy group games such as murder mysteries and game shows, fellowship, and hors-de ’oeuvres. 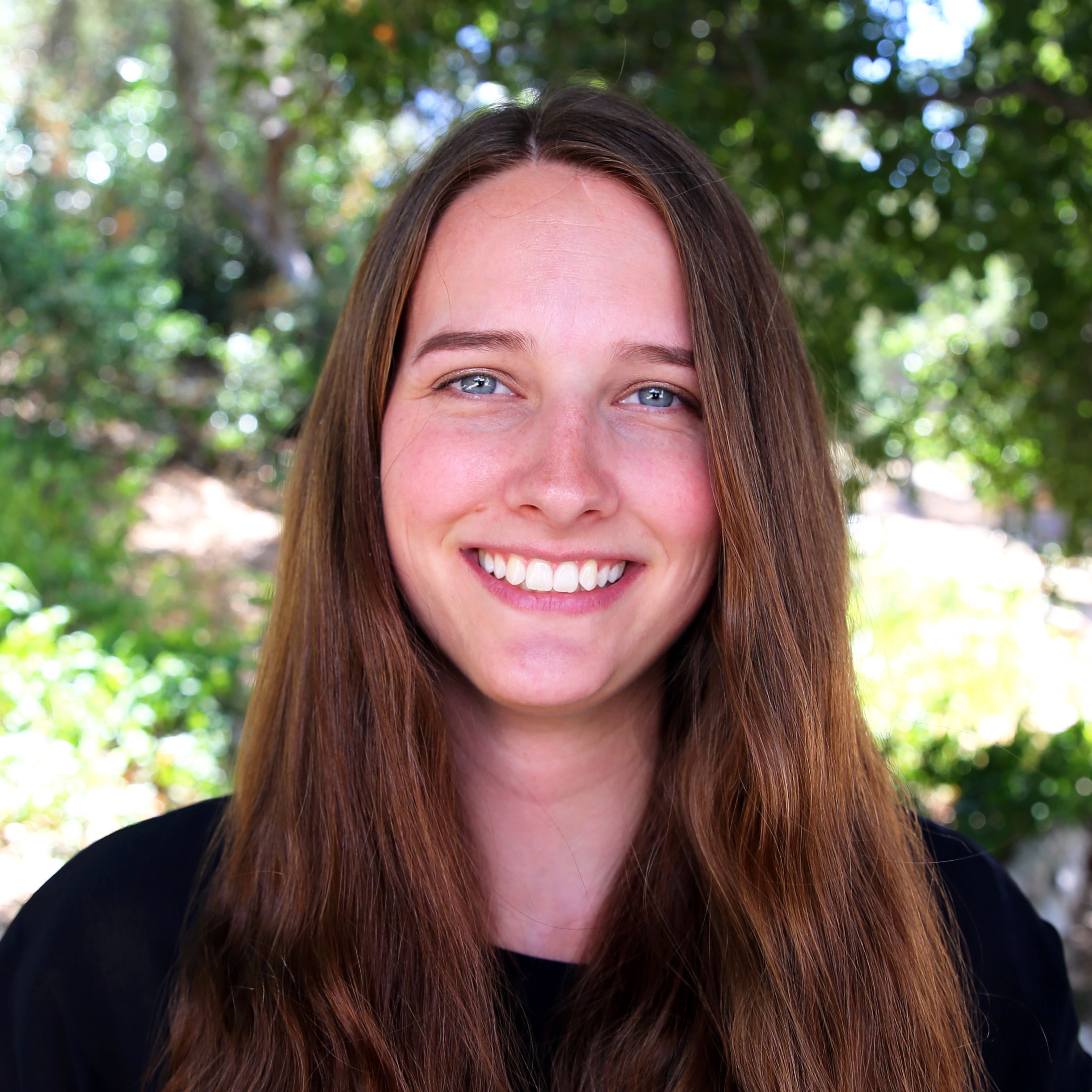 Kelsey grew up in the San Gabriel Valley. She studied fine art at a community college until she took a three month missions internship in northern Italy. Seeing the spiritual need there produced a desire in her to return as a full time missionary. She came to Master’s for her B.A. in Biblical Counseling with the hopes of using it to encourage missionaries and build up the young church in Italy. However, during her last semester as an undergrad student, the missions organization she planed to join disbanded and the opportunity to be a Resident Director presented itself. Since then she has enjoyed being involved in her local church and working to advance the kingdom here. During the summer of 2020, Kelsey met Brandon Davis who was one of the construction workers renovating the dorms. They got married on July 10, 2021. Brandon now works as an electrical apprentice.

Favorite Things: Kelsey loves everything to do with the outdoors, has a passion for apologetics and enjoys engaging with different beliefs, and loves to eat adventurously.

Favorite Bible Verse
If any of you lacks wisdom, let him ask God, who gives generously to all without reproach, and it will be given him. James 1:5
Request Info