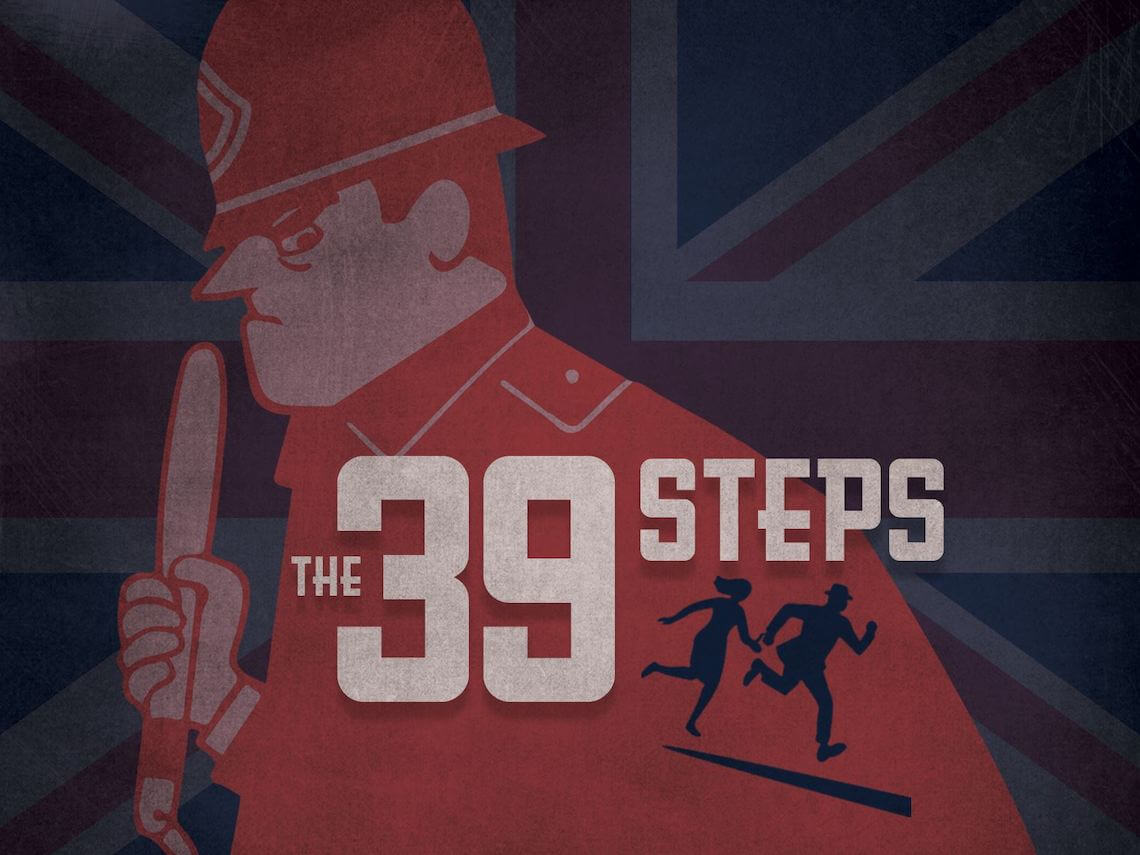 Mix a Hitchcock masterpiece with a thrilling spy novel, add a splash of comedy, and you have The 39 Steps — a fast-paced whodunit! This two-time Tony® and Drama Desk Award-winning treat is packed with nonstop laughs, suspense, and good old-fashioned romance! In The 39 Steps, Richard Hannay finds himself caught in national intrigue when a woman claiming to be a spy tells him about the mysterious “39 Steps.” Can he help her before she is caught by their enemies? Soon, a shadowy organization is hot on his trail, and Hannay becomes the focus of a countrywide manhunt with national security on the line! With more than 150 characters played by 4 or 5 flexible and brilliant actors/actresses, this show brought uproarious laughter and imaginative stagecraft together in an unforgettable semester of live theater!