If you want to maximize your career options, what should be your major in college? Contrary to popular belief, career options are extensive for a graduate with a degree in political studies. Many people think that a political studies graduate must either enter politics or go to law school. Indeed, about a third of our graduates pursue those paths. In fact, our program provides a uniquely valuable foundation for law school, because studies show that law students with undergraduate degrees in philosophy or political science are best prepared for success. Our Political Studies program at The Master’s University includes both political science and a healthy dose of political philosophy. Consequently, our graduates have been accepted into 16 of the top 30 law schools, including six of the top 10. While it is the best preparation for law school, the Political Studies major also equips students for a wide range of careers. As mentioned above, only about one-third of our graduates enter politics or law. 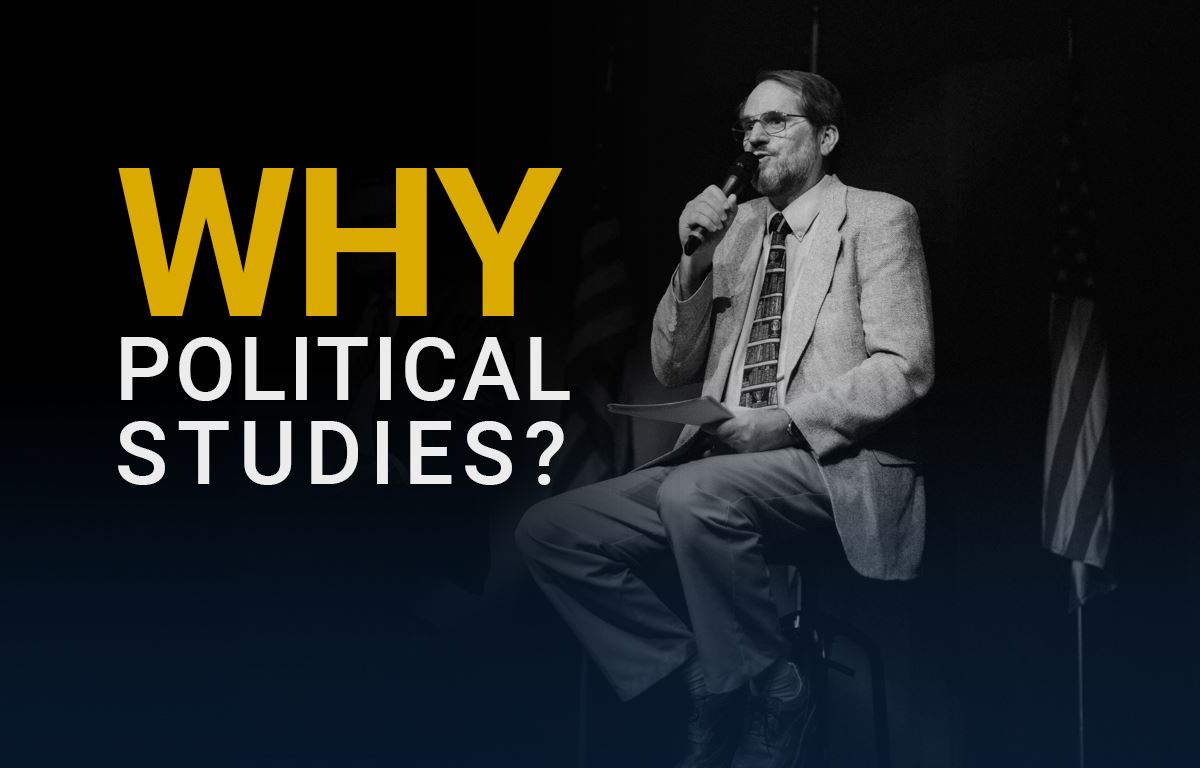 Our program focuses on broadly applicable skills: critical thinking, clear writing, oral communication, and a biblical worldview emphasis that produce exemplary ethics. Employers view these as highly desirable characteristics. Unlike a traditional political science program that claims to be value-free and centers on statistical work, our courses are value-oriented and center on what is good, what is right, what is just, and what is best. The factual information is the same, but we go beyond what is to what should be. In terms of reporting information, we focus on sentences rather than equations. Our students learn to evaluate and reject propaganda and flimsy, emotion-driven thinking in favor of clear thinking, sound logic, and effective oral and written communication of ideas.

According to a survey reported in the September 29, 2016 online edition of the Wall Street Journal, employers increasingly prefer to hire good writers who can be taught to do the business of the company rather than to hire business graduates in hopes of teaching them to write well. That survey showed that the average political studies graduate earned about the same as accounting and business management graduates after five years, but earned more than those business graduates after 10 years.

What kinds of jobs and careers have our TMU Political Studies graduates entered other than law or politics? The non-political examples are extensive:

Of course, many of our Political Studies graduates have been involved in local, state, and national politics: whether holding office, working directly for officeholders, or working for lobbying groups, advocacy groups, think tanks, or political action committees. One of our alumni was even a legislative assistant for a Canadian Member of Parliament and executive assistant to the Canadian Minister of State for Finance before deciding to become a missionary in Uganda. In the legal arena, one of our alumni is a superior court judge in Arizona, several are district attorneys, one is a public defender, and many others are lawyers in private law firms of various types.

Those desiring to go into politics or law, the Political Studies major at The Master’s University provides unique preparation. But the major also prepares graduates to pursue many other occupations and careers. Studies show that 60-80% (depending on the study) of college graduates do not work in the field in which they majored. Unless you want a highly specialized career such as doctor or engineer or architect, you should major in something that interests you, because employers want college graduates—not simply someone who attended college. By majoring in your interest, you are more likely to finish the degree. A student who is interested in the nuts and bolts or theories of politics or who wants to sharpen his or her thinking and writing skills should seriously consider majoring in Political Studies at The Master’s University. The door to the future will be wide open.

Dr. Gregg Frazer is the Dean of the School of Humanities and a Professor of History & Political Studies at The Master’s University. He is also the author of “The Religious Beliefs of America’s Founders: Reason, Revelation, and Revolution.”