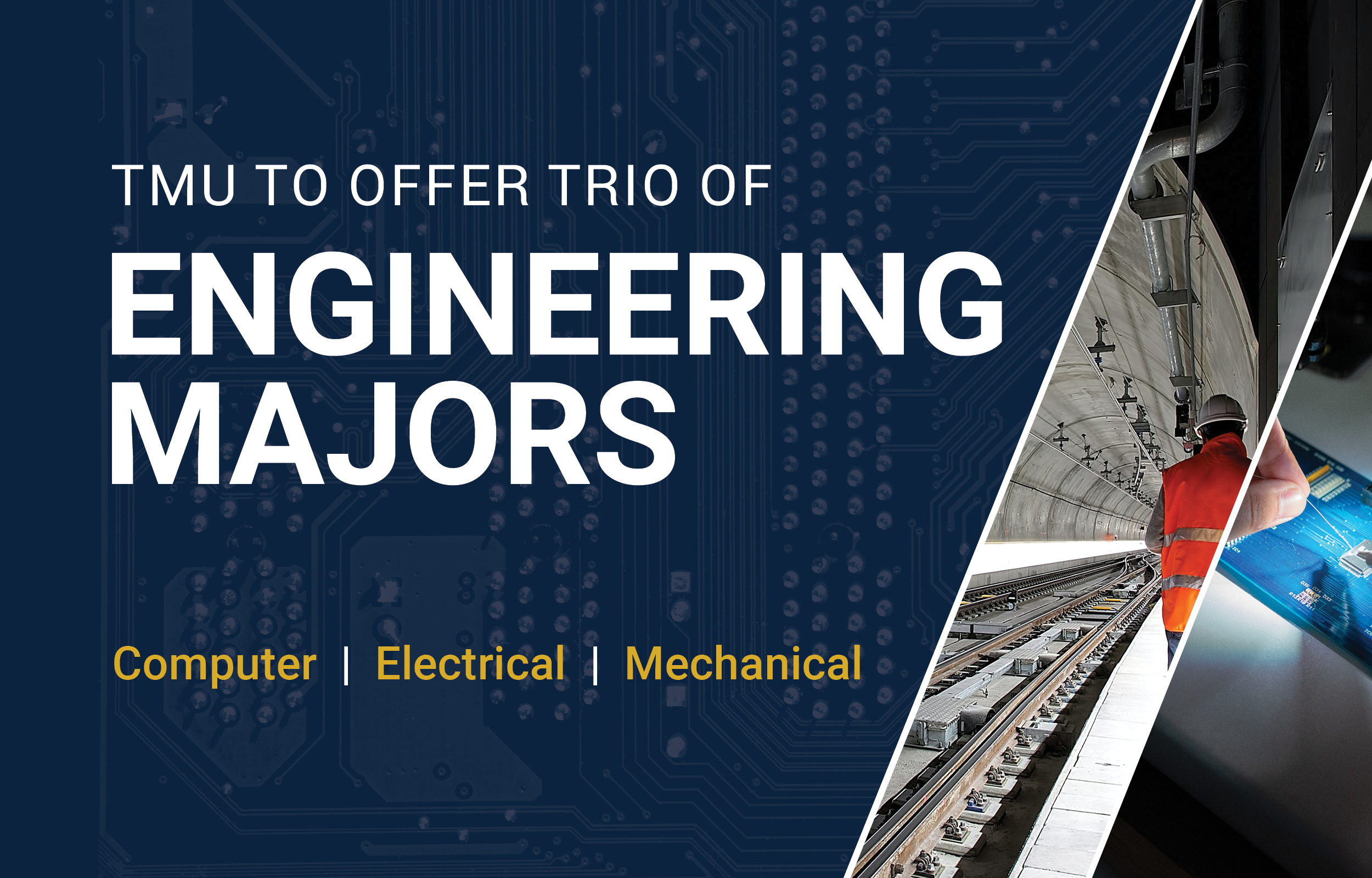 David Crater may not have anticipated a career in higher education, but he has certainly taken to the profession.

Crater worked on electronic warfare systems for the Navy and on satellites for the Air Force before an unexpected calling to take the reins of the Department of Engineering and Computer Science at The Master’s University. Recently, he stopped by Rutherford Hall to discuss the unveiling of three engineering majors at TMU, and like a seasoned professor, he requested a dry-erase marker before filling a whiteboard with lists and timelines that outline the programs’ direction.

Here are highlights of that conversation. Each of TMU’s engineering majors – electrical, computer and mechanical – have been approved by TMU’s faculty and are pending WSCUC approval.

Q: You have two bachelor’s degrees and four master’s degrees. But you also have engineering experience in the field with the Navy and Air Force and as a software engineer in defense and intelligence satellite systems. What aspects of those hands-on experiences do you hope to bring into the classroom?

A: We don’t want this to only be theory. We want the theory to be practical so these students see the real systems that are built using these things. We’re not just talking about academic tower kind of stuff. I’m not about that. I’m about theory that has hands and feet, that has real impact, that results in real systems, real businesses, real impacts to real people.

There’s even a Christian missions aspect to this as well. There are many ways that technology enables missions and enables Bible translation. For example, there are smaller and more efficient electrical systems that we can build to enable translators to carry their technology with them. There’s also warfare and military impacts of this. Bottom line, I want to put arms and legs on this stuff for the students and really give them a sense of, OK, we’re studying computer technology here, like how to build a computer chip. But there are multibillion-dollar businesses that build these things, and if you go work for one of them, you’re going to have a very nice job. So it behooves you to study this.

Q: What is the job market for students who graduate with an engineering degree?

A: Let’s put it this way, according to the American Society for Engineering Education, engineering enrollment is growing at about seven-and-a-half percent annually. It may not be the biggest area of enrollment growth, but it’s one of the biggest. That reflects the job market because the demand for educated engineering professionals is huge and growing. The world is getting more technological, not less. The more technology we have, the more engineers we need to design, maintain and improve that technology. So, the job market is great. It’s not the kind of thing where an engineering graduate is going to get rich immediately. But he or she will have a solid, lifelong career in a stable high-demand area.

Q: What is the significance of starting an engineering program in the greater Los Angeles area?

A: It’s huge. Really the only better place you could be is Silicon Valley. L.A. is certainly top five in the nation and top 10 in the world in terms of technology ecosystems. It’s one of the best places we could be as far as internships and postgraduate employment.

Q: In a general sense, what skills and knowledge do you want engineering graduates to leave TMU with?

A: Obviously we want a solid core in the fundamentals of each discipline. But we want it understood and studied and enjoyed from the standpoint of Christian faith and Christian theology. God gave us powers to engineer, to understand the world, to take raw materials out of the world and to produce meaningful machines out of them. This is something human beings have been doing since Adam and Eve — making tools, making engines, making whatever we can to make our lives better and more healthy and more enjoyable. So all of that within the context of our faith and the creation mandate, which is to be fruitful, multiply, fill the Earth and have dominion over it. The dominion aspect of that is really where engineering comes from. I see it as a fulfillment of the creation mandate, as one of the most direct fulfillments that we can do in terms of being obedient to our Creator in that regard. But we want to put hands and feet on that. We want practical and real fundamental skills that will enable graduates to pass professional engineering tests and state licensure tests and go to graduate school in engineering. We’ve developed our curriculum with all of those things in mind.

Q: Can you elaborate on some of the practical skills TMU engineering students will learn?

A: You need solid math. That means calculus-level math, linear algebra, differential equations and probability. All engineering students will have this same math background. The second is basic computing and programming. You’re not going to graduate as a TMU engineer if you don’t know how to program. Then you have your engineering core, which is different between the three disciplines. With electrical engineering, you’re talking about things like digital circuits, analog circuits and electromagnetics. For computer engineering, it would be things like digital circuits, computer hardware and the physics of computing. For mechanical engineering, it would be things like thermodynamics, heat transfer and the mechanics of materials like when you bend a bar what kind of forces can it endure. Different materials have different mechanical properties, what are those properties and how do you describe them mathematically.

Q: Why should a student study engineering at TMU as opposed to somewhere else?

A: Our faith distinctives are becoming increasingly rare, even in the Christian world. We have an orthodox doctrinal statement and a no-compromise type of position that some Christian places are abandoning. It’s impossible to put a price on that, in my mind. And we will integrate our faith distinctives with what we teach in the classroom. We’re going to really pay attention to fundamentals — basic traditional things every engineer has always had to know, and always will need to know — and we’re also going to be abreast of the latest developments in engineering and the latest technologies.

Q: What kind of technology will TMU engineering students have access to?

A: In the mechanical engineering major, for example, students will be using computer-aided design software that is called SolidWorks. My company used that in the mechanical portions of the satellite design process. This is what engineers are using. It’s the best out there. The lab stations that we’re going to put in our new lab are the latest and greatest stuff. In our electrical and computer lab, the same holds true. The software that we use to run both our digital and analog circuits labs will be the stuff that practicing engineers are using today and that is used in all of the leading engineering programs nationwide, places like Stanford, MIT and Harvard.

Q: Ten years from now, what do you want employers to be saying about the TMU engineering graduates they’ve hired?

A: That they were strong in engineering fundamentals, and that they didn’t leave their faith at home. That they viewed a call to the engineering field as a fulfillment of the creation mandate, using their God-given creative skills and manufacturing skills not only for the glory of God, but for the blessing of their fellow man.