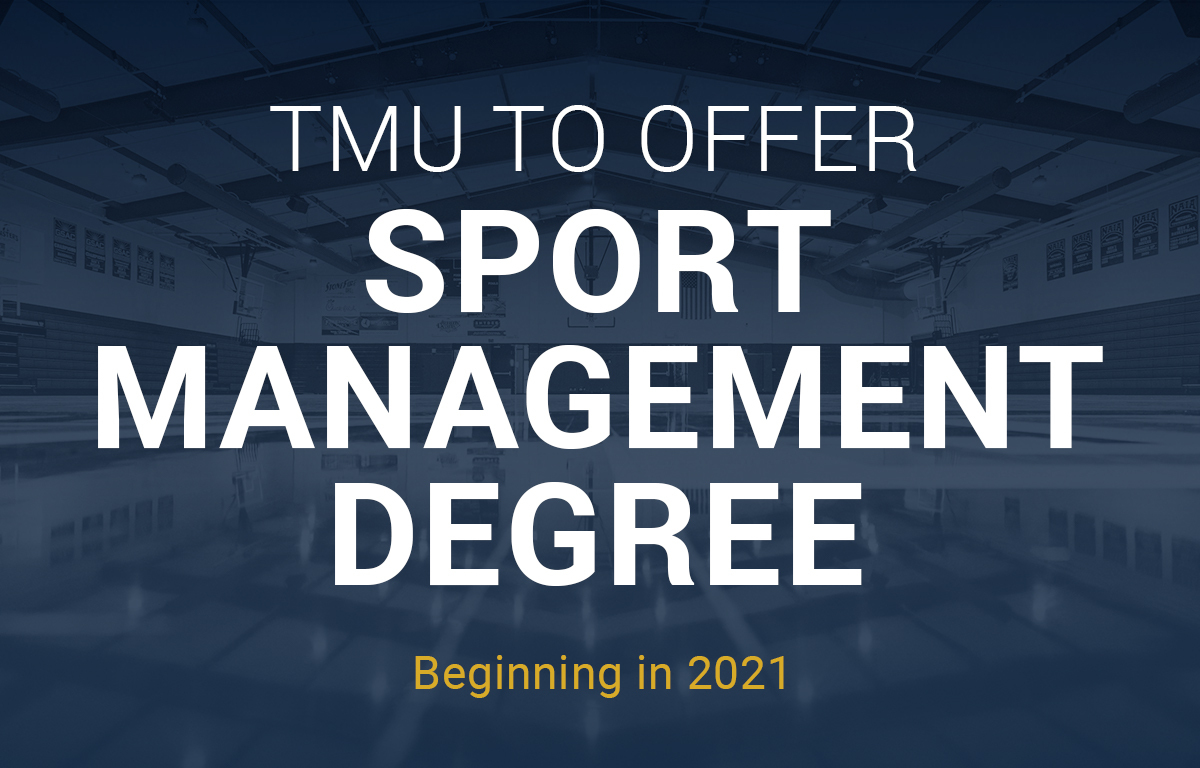 Dr. Wayne Rasmussen has worn his share of hats over the course of a long career in sport management.

On another occasion, he served as an administrator for the U.S. Men’s National Soccer Team, arranging travel, meals, practice facilities and various other logistics. “Anything related to the team,” he says.

And in 1996, Rasmussen helped guide the LA Galaxy’s debut season in Major League Soccer. He was the Galaxy’s director of operations and player development, with dozens of employees under his watch on game day.

As it happens, however, one of his all-time favorite assignments was that of coaching his daughter’s under-5 soccer team.

Rasmussen hopes to bring that wide array of experience and an impressive arsenal of industry contacts to his role as director of The Master’s University’s new sport management program. The major — designed to prepare students to serve in all levels of sports in the areas of administration and management — is set to begin in fall 2021.

In the meantime, Rasmussen sat down to answer a few questions about his experiences and what students who choose the major can expect.

Q: You started the sport management program at Columbia International University in South Carolina and ran it for five years. What organizations or companies did some of your students go on to work for?

A: We were really just getting started, so I had maybe 20 graduates by the end. Some went into running their own basketball training facility operation. I had one student go work with New York City FC, a Major League Soccer team. He did an internship with NYCFC, came back and worked with a minor league team right up the road from the university I was at. Then he got a full-time position with Nashville FC in MLS. He’s doing data analytics and scouting and working with the players. On a similar note, I had a student who went on to work with the Philadelphia 76ers in the NBA. She’s doing data analytics work with them, and she’s also helping them expand their scouting network with universities and colleges.

I have another former student who has a position upcoming with Real Salt Lake in MLS. We also had a guy earn a position in a university athletic department. Right now, he’s the equivalent of an assistant athletic director. He runs all of their game management operations. Another one of my guys earned a paid position with the Durham Bulls in Minor League Baseball. And that’s just off the top of my head. Some students went off into the business world, too.

Q: What were some other highlights from your time running the sport management program at Columbia International?

A: The very first year, I took a number of our students and we went from Seattle to San Diego. We made a number of stops and caught up with 16 profound personalities along the way. In each case we asked, ‘Tell us your story and how you got to where you got to, and what would you tell students coming up who are aspiring to get into sport management.’

We were guests of head coach Sigi Schmid at the Seattle Sounders for one of his team’s practices. We met with one of the top people at Nike, Joe Elsmore, and he gave us a tour of the Nike campus in Beaverton, Oregon. We met with a missionary who has been doing sports ministry for more than four decades now. We also went to a San Francisco Giants game, we visited Premiere Partnerships in Santa Monica, and we met with Blain Skinner, a longtime executive with the Los Angeles Lakers.

Another time, we did an East Coast trip, Washington to New York City. It was the same type of thing. We met with John Harbaugh and his coaching staff at the Baltimore Ravens. In New York, we met Mark Abbott, the president of Major League Soccer.

Q: Do you hope to connect TMU students with similar experiences?

A: Absolutely. I mean, we were able to do a lot from South Carolina. But this is an epicenter for sports here in Southern California. I would argue it’s the best region in America for sports. It’s so contained and the weather’s brilliant. Like in 2026, we have Canada-USA-Mexico hosting the men’s World Cup for soccer. The finals will be in Southern California, and I predict it will be in the Rose Bowl. And a lot of the people I worked with in the past and the people I took students to meet with, they’re running the thing. We’ll have great access.

Q: What is the job market like for students who graduate with a sport management degree?

A: Overall, the market is strong, and what I like is the distinctive of what the Lord’s doing here at The Master’s University: We can create a really special student who goes in and is willing to do entry-level work, and grind it out in the beginning. There are a lot of good opportunities in the market. The career opportunities really run the gamut. You can be someone who runs events. If you can sell, you’ll be hired immediately. If you’re willing to do ticket sales and study how it’s done and get it done right, you can launch your career from there.

You can work in college athletics, high school athletics. You can work in professional sports, Olympic sports. It’s a great opportunity to work for a city recreation system to bring in events. You could be the general manager of the Dodgers. You can end up as a scout or analytics person for a pro team. You can create your own training facilities. There’s a lot of demand for a lot of these things when there’s no pandemic. The market is very positive.

Q: Why is sport management a worthy pursuit? What kind of impact can someone make on the world in that arena?

A: A number of people within Christian circles have said to me, ‘You really have a vibrant mission field.’ And you could call it that. But I prefer to call it the area where I get to do relationships. And because I’m a sincere, genuine follower of Jesus Christ, I get many opportunities to share my faith, to point them to Jesus. Especially when I’ve worked up on the pro levels, in many cases those people are not darkening the door of a church. A lot of times they have games on Sunday. Now, there is a spiritual movement amongst the pro ranks, and I think it has everything to do with how shallow and hollow a lot of the folks up there feel spiritually. These are opportunities, and we need to have as many sincere followers of Jesus Christ in sports as we can because there’s a big need there.

Q: Technology plays such a large role in sports today, whether its analytics-driven decision-making in front offices, or connecting with fans via social media. How will the program prepare students in this area?

A: We will offer one particular course in data analytics. That will set the stage. And there are plenty of symposiums we could attend. While I was at Columbia International, I took some of my students to a data analytics conference in Dallas. Then there’s the World Congress of Sports. It’s a very prestigious event, and it’s traditionally held in Dana Point, California. The speakers are all people doing big things in sports, like one of the owners of the Golden State Warriors, Peter Guber. So, we will have very practical symposiums.

I also plan to create a whole series of interwoven guest-speaker situations. I have, by God’s grace, a very extensive network of contacts.

Q: For parents out there reading this, why should they enroll their child in the sport management program at TMU instead of somewhere else?

A: There are clearly other more established programs with great professors and folks like that, but I think the reason you pick TMU is because in God’s good grace and economy you get to join a program that’s going to be growing rapidly, that’s going to be guided by a director and faculty who are really, really good at what they do. They really love the Lord, and they really are going to love on your student and really guide and direct them. And in a pragmatic sense, I think it leads to a career. If your student works hard, and they pray their way through to what the Lord wants them to do, this is likely going to lead to a career, and that’s music to the ears of parents.

The B.S. in Sport Management is currently in development. This program is under construction and is proposed for Fall 2021, pending approvals. All classes, content, and dates are subject to change.