If there was any question whether David Crater, chair of The Master’s University’s Department of Engineering and Computer Science, is serious about exposing his students to high-level industry professionals, Crater swiftly put the question to rest. 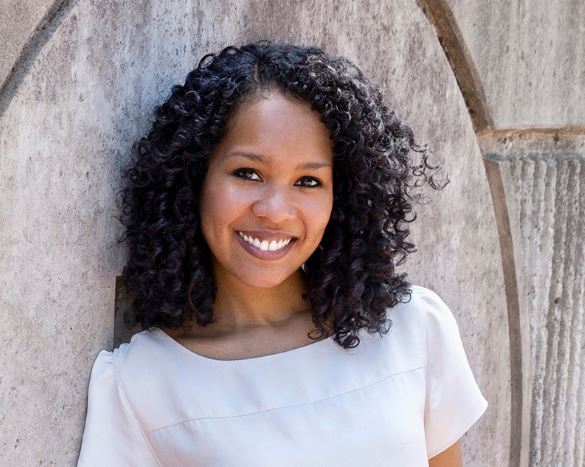 On Friday, TMU hosted mathematician Dr. Tai-Danae Bradley for a seminar on artificial intelligence, machine learning, and the future of technology.

Bradley — who works as a postdoc at X, the Moonshot Factory (formerly Google X) — recently earned a doctorate in mathematics from the City University of New York. She brought that perspective into an hour-long discussion at TMU on the latest developments in computer science, math, software engineering, and A.I.

Crater says seminars like Friday’s “are a great way for our students to think about some of the most cutting-edge frontiers of technology with someone who’s doing it at the most elite levels and from a Christian standpoint.”

He also saw Bradley’s visit as an opportunity to inspire.

“If someone comes in who’s working for Google, Amazon, or Facebook, those are obviously desirable careers for a lot of people,” he says. “And the fact that she’s done the academics that she’s done is also motivational for students who might have aspirations to go to grad school.”

That describes Jacob Hokanson, a senior computer science major at TMU who has applied to graduate programs, including at Georgia Tech, in the areas of cybersecurity and computer science.

“It was really cool to hear from someone who is at the top end of academics in a field like this and who’s involved with such a big company,” he said. “She’s also a Christian, so she was able to relate with us on that level.”

Bradley guest lectured in Hokanson’s senior seminar class earlier in the week, and he said it was encouraging to hear that the skills he’s learned in TMU’s computer science track — programming, fundamentals of computer languages, and computer and software architecture, among other things — can be applied to a wide array of industries. One area Bradley covered on Friday that was of particular interest to Hokanson was “image classification with machine learning.”

To learn more about TMU’s Department of Engineering and Computer Science, click here.