The Year in Photos 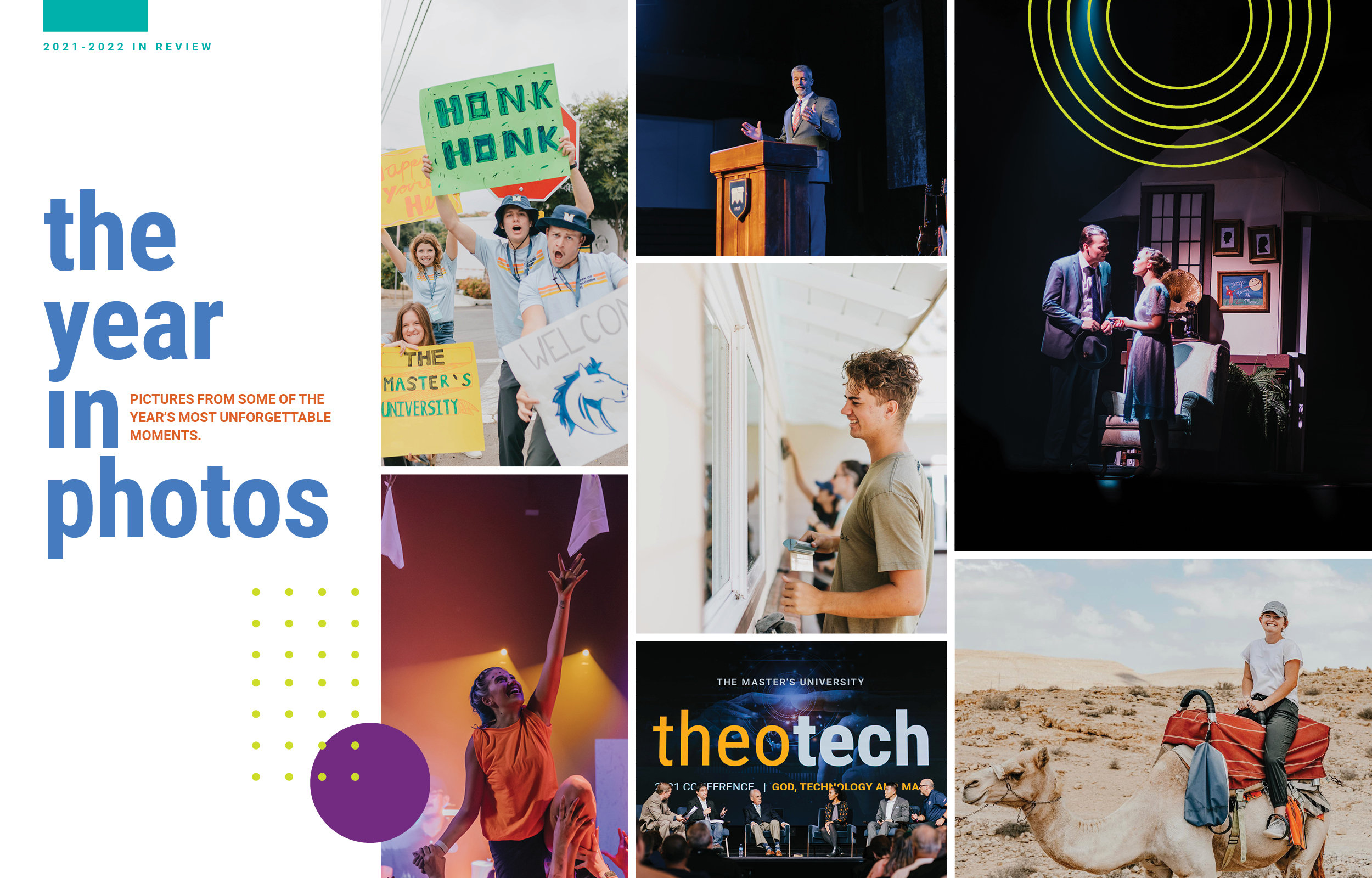 Editor’s Note: This story originally appeared in the June issue of The Mustang Connection magazine.

TMU welcomed a record 415 new students to campus in the fall. Photo by Reagan Noll

One of the highlights of the Week of Welcome every year is The Master’s Cup, a wildly entertaining relay race that pits dorms against each other. Photo by Ezra Moore

As always, chapel was a central focus of the 2021-22 academic year, bringing TMU’s student body together three times each week to worship Christ. This year’s list of speakers included Paul Washer. Photo by Trinity Peralta

On Engage Day in November, TMU students were able to serve our neighbors in Santa Clarita by completing home-improvement and yard-work projects. Photo by Casey Schlagel

This year’s calendar was packed with student activities, among which neon dodgeball was a highlight. Photo by Trinity Peralta 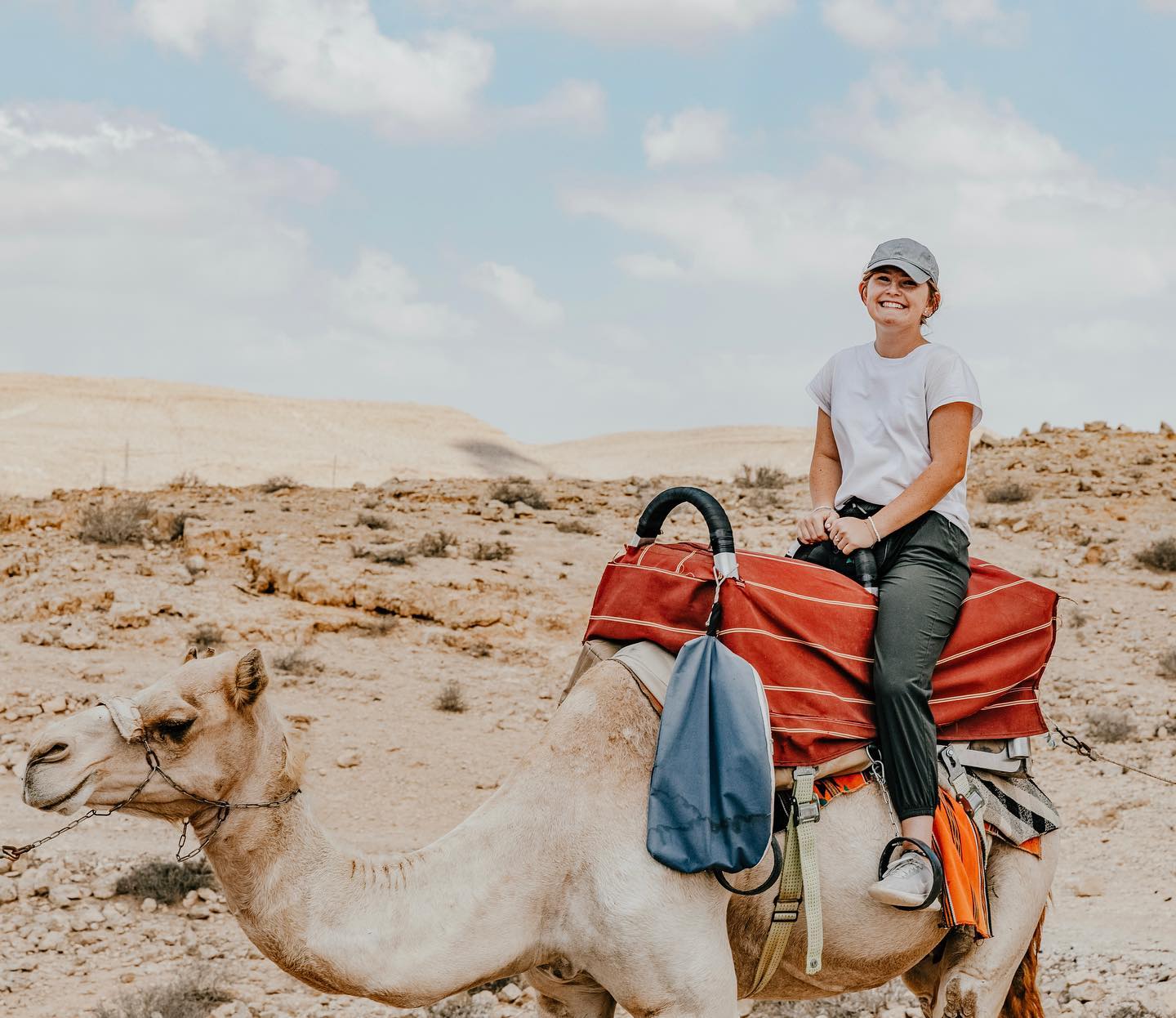 TMU students spent a semester in Israel — some in the fall, some in the spring — studying the Bible in the land where most of its crucial events took place.

TMU Theatre Arts performed “It’s a Wonderful Life” in the fall (pictured) and “Daddy Long Legs” in the spring. Photo by Katie Seitz

Fall Fest was a great time for our students to hang out with friends, and make new ones, over Western food and fun. Photo by Ezra Moore

In December, the School of Music put on its annual Come Christmas Sing! Concerts, which featured student soloists, music ensembles, the University Singers and Orchestra, and The Master’s Chorale. Photo by Katie Seitz

This year’s Truth and Life Conference theme was “Tactics,” based on Greg Koukl’s book “Tactics: A Game Plan for Discussing Your Christian Convictions.” Koukl and Drs. Abner Chou and John MacArthur helped equip our students with the tools to be wise, kind and strategic in their gospel witness. Photo by Trinity Peralta

In April, nine different performing acts battled it out inside TMU’s gymnasium for the chance to be crowned the winner of The Monty’s Talent Search. Photo by Trinity Peralta

Dorm life is a highlight of every semester at TMU. Photo by Trinity Peralta

During the School of Music’s spring orchestra concert, attendees enjoyed music performed by The Master’s University Orchestra, under the direction of Prof. Ben Mason. Photo by Annie Vladovska

It’s always a good time for our students to explore Southern California.Photo by Michael Rourke

Stephanie Soares was named NAIA Women’s Basketball Player of the Year for the second time in her career. Soares helped the Mustangs win a program-recond 32 games.

TMU held a red-carpet premiere for “The Shade” at the Laemmle theater in Newhall this spring. “The Shade” was a superhero TV pilot that TMU students worked on. That night, guests also watched a senior thesis film and student documentaries. Photo by Trinity Peralta

In April, TMU hosted its second Student Research Conference (SRC). TMU students wrote abstracts based on their research and submitted them to editors. If the abstracts were accepted, students then designed posters and presented them at the SRC. Photo by Trinity Peralta 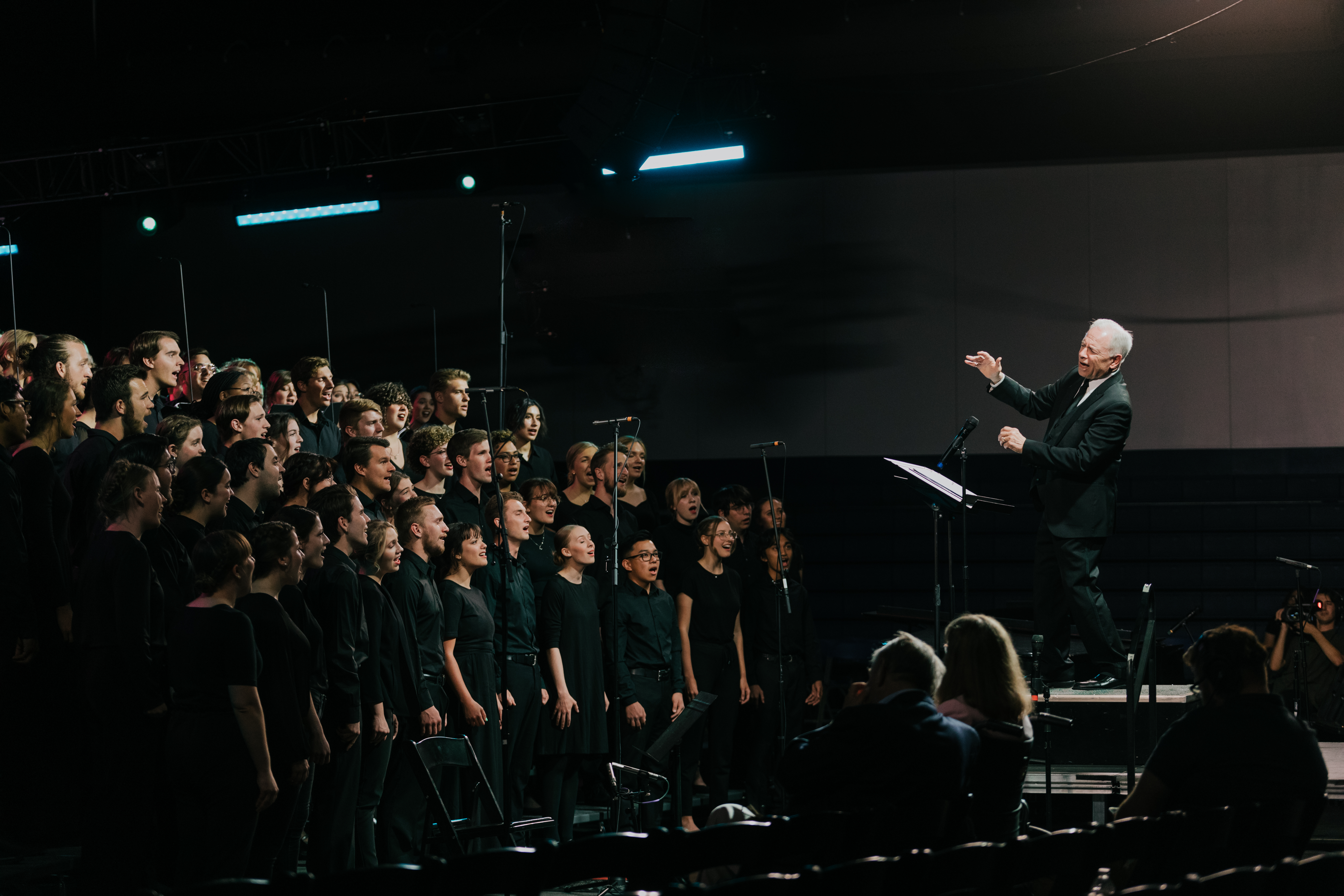 A Night of Worship Music with Dr. Plew on April 30 was a beautiful evening of singing to our Lord and a time of celebration of Dr. Paul Plew’s career, which spanned 43 years leading the music department at TMU. Photo by Annie Vladovska

To learn more about student life at TMU, click here.