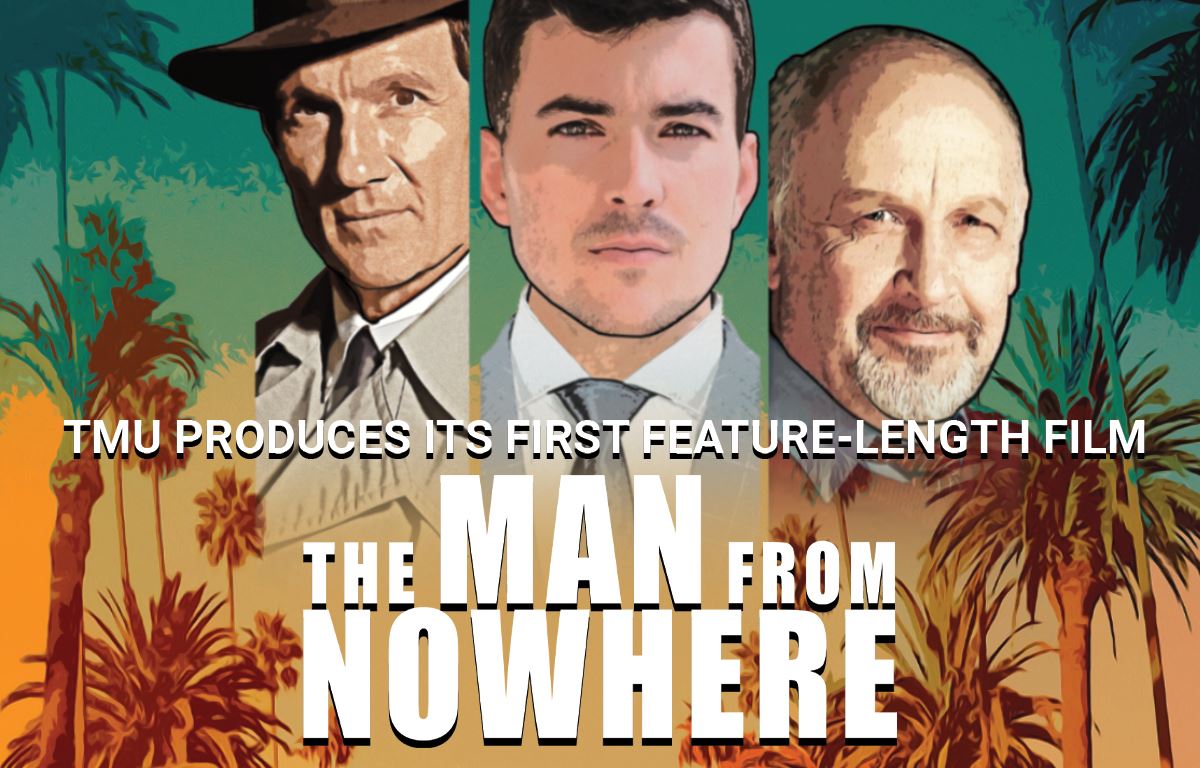 For the first time in the university’s history, TMU is making a full-length feature film.

While the Cinema and Digital Arts program has created many short films over the years, this project is the culmination of Prof. Matt Green’s vision for the department.

“We always knew that the goal was to do a full-length feature film,” Green said. “We’ve spent the last six years working with the students, doing short films alongside other professors, and building up trust with the university. We feel like now the time is right for us to go ahead and make the big step.”

But this isn’t just a big step for the program. Since it’s a faith-based film, they hope to tell a greater story with the project.

“I was really blessed to work alongside [John F. MacArthur Endowed fellow] Dr. Abner Chou to make sure that all the theological components were in line with what we as an institution stand for,” Green said. “We wanted it to be a creative narrative, so it didn’t feel like the gospel was shoehorned in. We wanted it to feel organic within the story.”

The script, titled “The Man from Nowhere,” follows a father and son as they navigate a strained relationship. The father, a famous author, becomes a Christian and decides to reconnect with his estranged child.

“It’s a prodigal son story,” Green said. “The father is dying of cancer, so he wants to redeem the time he has left with his son. He writes his latest novel as a way to try and connect with him.” That novel is a period piece, so the film will broaden its scope by adding those historical elements.

“It’s a contemporary story, but we have some period elements in the film, so we’re able to open up the picture with that,” Green said. “It’s a pretty exciting story. It’s a sweet story.”

The project is being backed by The Master’s University, as well as outside investors. Green plans to use these funds wisely.

“We want to make a quality product that not only speaks to audiences, but speaks in a way that we can sell it and it can be a wise investment,” Green said. “We don’t want this to be the first and last feature film that we do at Master’s. We want this to be something we do every year because it’s a huge opportunity for the students.”

By the time production began over winter break, approximately thirty students had signed up to work on the project.

Cinema and Digital Arts students weren’t the only ones invited to participate. The call also went out to Marketing Media students, Music students, and any other student who was interested in the experience.

“We’re giving them the opportunity . . . to work on a full-length feature film with a professional crew and name actors. There’s some power in that for when they go out into the workplace,” Green said. “We want to make sure that we continue to provide those opportunities for our students.”

While the film is a massive opportunity for students to work on a professional production, Dr. Abner Chou says the film also highlights TMU’s mission.

“Projects like these showcase what this institution is all about: subjecting every discipline and thought to the lordship of Christ . . . It is so encouraging to see people zealous to not only ensure that they are doing high quality work, but also producing that which deliberately is subjected to and honors the Master.”

Follow the production progress of “The Man from Nowhere” on social media. Marketing students Victor DeMayo, James Ingoldsby, Molly Laugherty, and Jill Nunez have created an Instagram account (@themanfromnowheremovie) dedicated to the film.