How Do You Train A Leader? 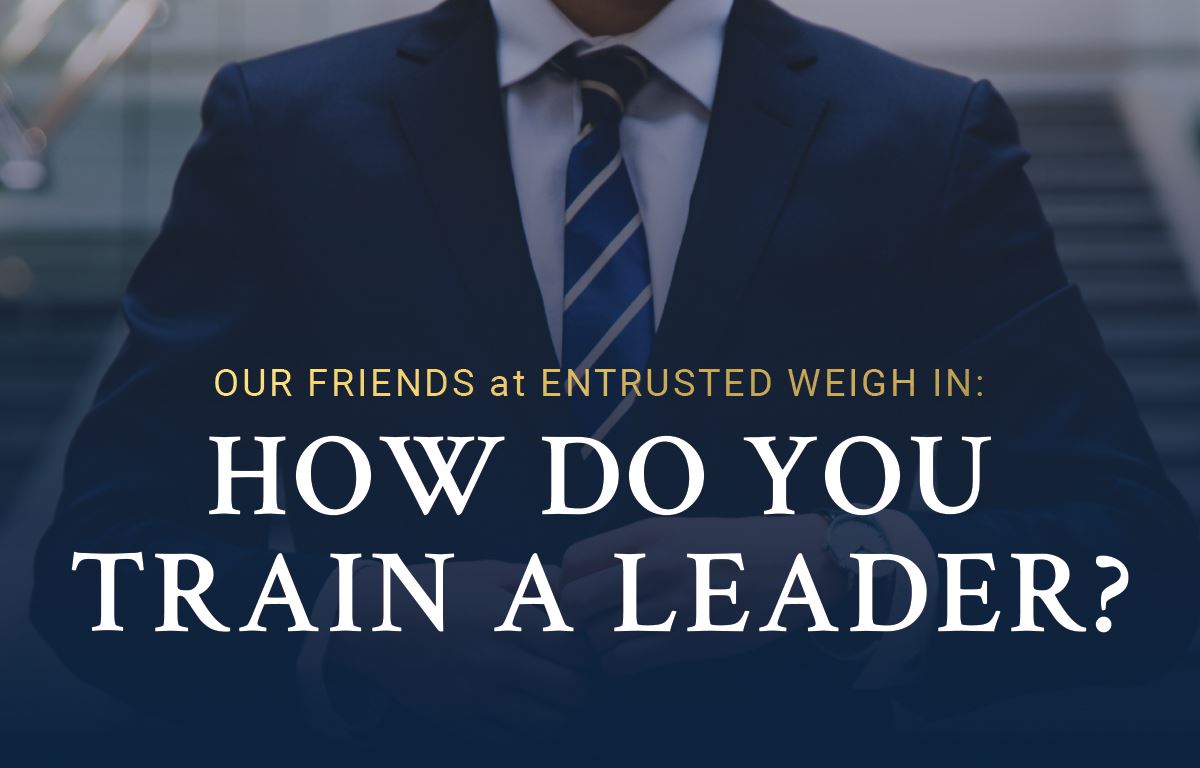 Entrusted is a company providing restoration services to damaged properties—and in their flood-prone home state of Florida, work isn’t hard to find. What’s harder to find, though, is the sort of person with the integrity and leadership potential that they want in their employees.

Unfortunately, good intentions are no use if there aren’t ethical people to hire. Dallas observes that “business ethics and morality . . . is hard to find through the interview process” when they go to most universities or job websites for candidates.

That’s why Entrusted is so grateful for their relationship with TMU. And the amazing thing is that this relationship began almost by accident.

Among these TMU alumni was Spencer Toth. When he started at the company, he was a fresh college graduate with a marketing degree. Now, six years later, he is Entrusted’s Director of Marketing and Customer Service.

“One thing I would say that’s made the company unique is its emphasis on leadership development,” says Spencer. “They are about developing leaders; that is what influences the day-to-day of the company.

“So what does that look like? Time spent. There’s a significant amount of time spent in my week where the owner of the company has said, ‘Hey, I could have you go out and make money for the company doing X, or I could have you invested and poured into . . . to develop you as a leader.’”

He continues, “We spend a lot of time on what it means to be a manager of people—because, at the end of the day, our human assets at our organization are what mean the most. And so, if you’re striving to be a manager, you need to be a servant. You need to really be someone who loves to serve, and someone who communicates, and someone who is willing to invest yourself into other people. And so we take a lot of time helping people understand that business is not about their own individual success, but seeing others reach their goals and seeing others grow and advance in their capabilities.”

From a worldly perspective, this approach to leadership is wasteful. Instead of simply hiring seasoned managers from other companies, Entrusted takes raw college graduates and then spends hours upon hours of company time to mold them into leaders. When it’s laid against the biblical pattern of discipleship, though, it makes perfect sense. And Dallas has enjoyed seeing the fruit of this character-driven focus.

“It’s been so much fun to see a TMU student come in, motivated by the glory of God, motivated by seeing Christ exalted in their lives through business, church life, and their families . . . When you get a TMU student that already has such a foundation from the chapels here, and the discipleship that happens here on campus—all those things—when they come in and they understand work life balance, when they understand that they need to be a godly husband or a godly wife, someone in the work world that is salt and light to the world and has a testimony.

“So, TMU students come in with such great raw materials and such a view of the Scriptures that should make them some of the best team members in our company.”

If you’d like to learn more about Entrusted, read their TMU Corporate Spotlight or visit their website.