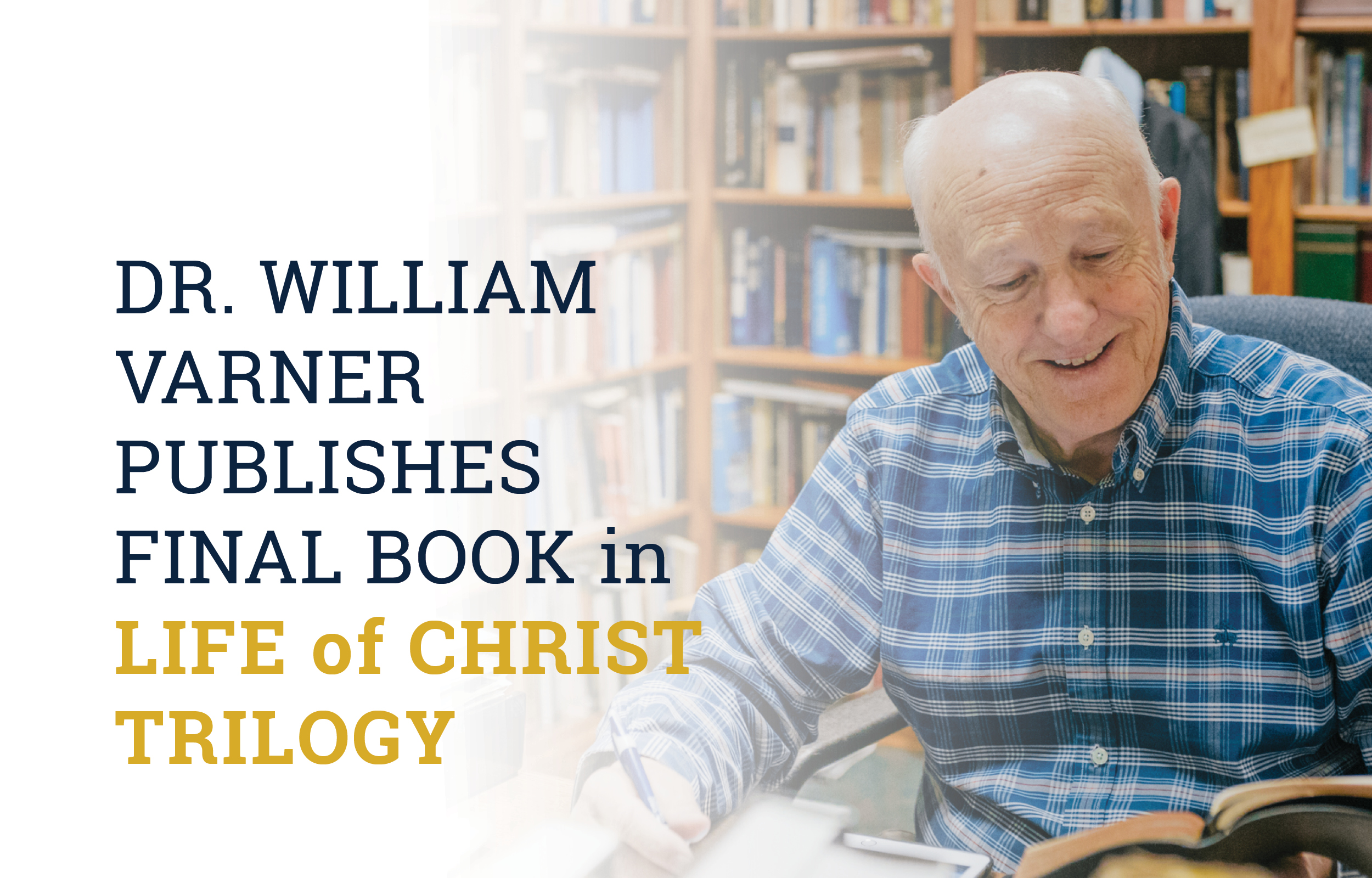 [You can find the book here]

Dr. William Varner has taught his Life of Christ class at The Master’s University for more than 20 years. And even before coming to TMU, Varner spent a considerable amount of time thinking about and teaching on the prophetic and cultural background of Jesus’ ministry.

Now, the entire scope of what he has been teaching for decades in his most famous class has been put to paper.

Varner’s latest book, “Messiah’s Ministry: Crises of the Christ,” was published in late October. This is the final entry in his messianic trilogy, which began with “Passionate About the Passion Week” and later expanded with “Anticipating the Advent.” This final entry bridges the gap between the two previous books, examining the events of Jesus’ life between His baptism and transfiguration. The trilogy, now complete and available here, covers Jesus’ first coming from beginning to end.

Throughout the series, as throughout his teaching career, Varner has had one objective: that Christians would continue to know and to love Christ more deeply.

Even with this goal, though, Varner did not originally set out to write a trilogy. The series began with a simple desire to “zero in on” the Passion Week, important details of which Varner believes are often overlooked.

“My focus was to try and understand the Passion Week against the background of Psalm 22 and Isaiah 53 — those great texts about the suffering of the Messiah,” Varner says.

But after the first book was released in early 2020, Varner’s publisher said to him, “OK, you’ve written a book on the end of the Lord’s earthly ministry; why don’t you write one about the beginning?” This suggestion turned into “Anticipating the Advent,” which was published later that same year.

“And then I thought I was done,” Varner says. “But my biblical studies dean, Dr. Tom Halstead, said, ‘Now you’ve written about the end and the beginning — how about the middle?’”

And so Varner wrote “Messiah’s Ministry: Crises of the Christ.” It’s fitting that the first words on the book’s endorsement page are from Halstead:

“This volume on the ministry of Jesus is a fitting climax to Dr. Varner’s trilogy on Jesus the Messiah. Having written masterful works on His advent as well as His death and resurrection, Varner now writes an informative work on His life while on Earth. What makes this book even more valuable are the chapters on the history and culture of the Jewish people prior to Christ’s advent. He discusses Josephus, the men of Qumran, Moses, and Melchizedek for instance, giving us a more well-rounded understanding of the Jewish world Jesus encountered during His life.”

Serious-minded disciples — or in Varner’s words, “thinking laypeople” — are who the book is written for.

“I’ve got about 15 books that I’ve published, and over half of them are academic,” Varner says. “So my wife every now and then says, ‘Honey, occasionally write a book for the rest of us.’ And I would say that this trilogy is for ‘the rest of us.’

“That doesn’t mean it’s just some warmhearted devotional — though I do think we should read devotionally, and so I include a prayer at the end of every chapter. But I think it’s got some meat to it. This is for the layman who wants to see the connections between the Old and the New testaments, but doesn’t want to get bogged down with a ton of Hebrew and Greek.”

The end goal of the book is to bless believers by helping them fill in certain blanks in their understanding of Jesus’ ministry by looking at them in light of their messianic background. And ultimately, the purpose of this understanding is to fuel greater love for the Savior.

“What I want readers to do is fall deeper and deeper in love with Jesus,” Varner says. “There’s no better goal than that.”

As Varner points out, even Paul himself, after more than 25 years in the faith, identified this as his goal in life in Philippians 3:10: “That I may know Him and the power of His resurrection and the fellowship of His sufferings” (LSB). After all those years, Paul was still seeking to know Jesus.

The same has been true in Varner’s life. And he hopes the same is true for his readers.

“It all comes back to Jesus and knowing Him,” Varner says.

To learn more about biblical studies at The Master’s University, visit the program’s homepage.