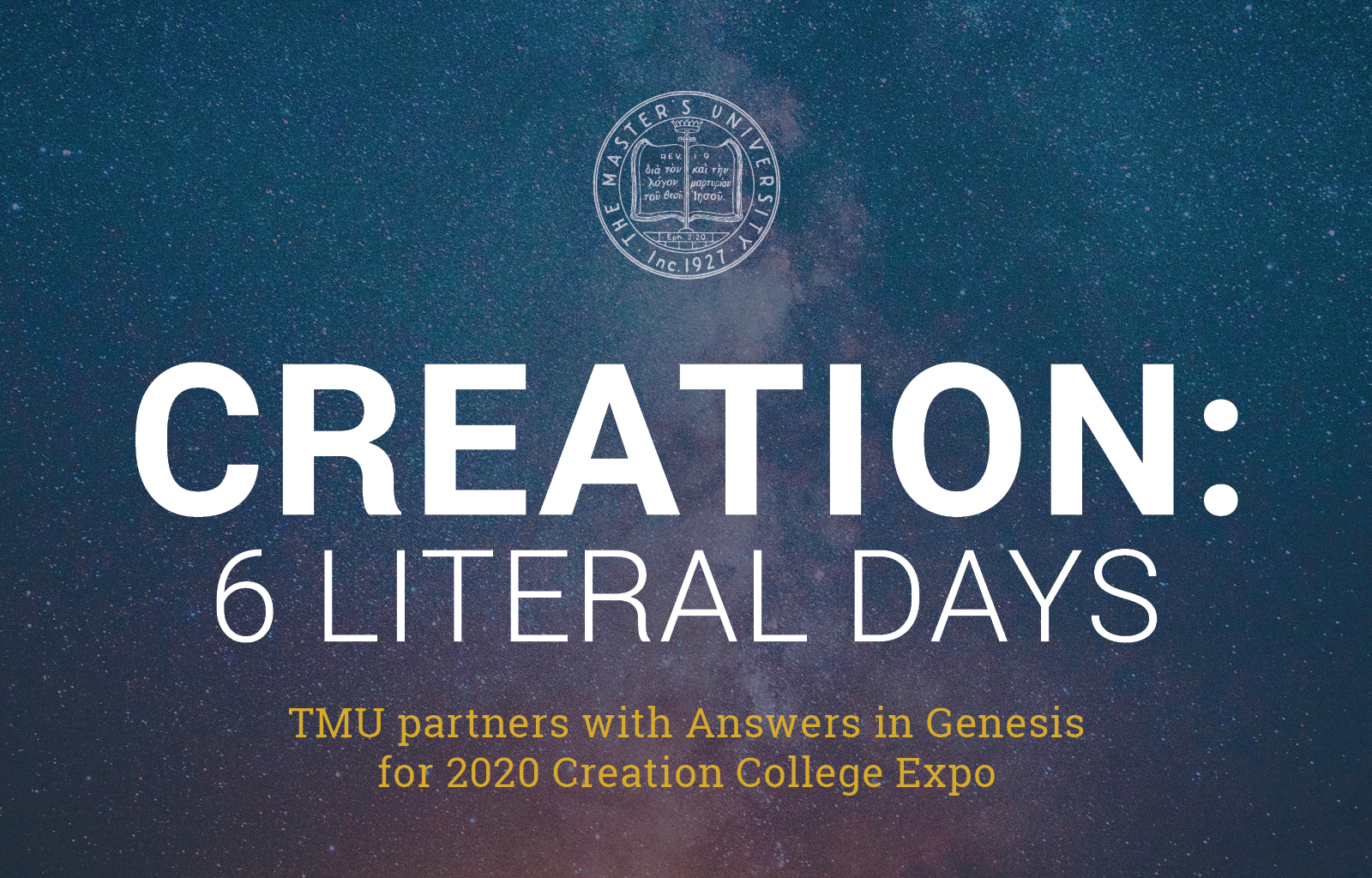 This week, The Master’s University is sending a paleontologist to Kentucky to talk to prospective students about the absolutely vital nature of holding to a literal, six-day creation.

Dr. Matthew McLain — a TMU professor of biology and geology, and a bonafide “dinosaur hunter” — will represent Master’s at the annual Creation College Expo in Williamstown, Kentucky.

The expo — hosted by Answers in Genesis, an apologetics ministry that deals mainly with questions pertaining to the Bible’s first book — aims to highlight colleges and universities across the country that hold to a biblical understanding of the world’s origin.

It is not the first time Master’s and Answers in Genesis have partnered for the event. Dr. Joe Francis, chair of TMU’s biological and physical sciences department, says the relationship is a natural one because the two institutions share a foundational philosophy.

“And that is that the Bible is the starting point for education,” said Francis, who regularly contributes articles to the Answers in Genesis website and magazine.

Both TMU and Answers in Genesis hold to the sufficiency, inerrancy, and authority of Scripture, including an uncompromising commitment to the biblical account of creation.

What’s more, every Master’s professor embraces a literal, grammatical-historical interpretation of Scripture, which affirms the belief that the opening chapters of Genesis present creation in six literal days.

This isn’t always the case in Christian universities across the country. For some, scientific “evidence” is used to interpret Scripture — instead of the other way around.

That can lead professors to accept evolution or to designate Genesis as an allegory. Others perform the interpretive gymnastics necessary for an old earth, forcing billions of years into the Bible’s creation account.

Francis called it “amazing” to work at an institution where every professor interprets science through faith, teaching a literal six-day creation and a historical space-time fall.

“It goes back to the idea of what we mean by a university — united,” he said. “That’s always meant a united search for truth. Without a biblical foundation, the world says through science we can’t know that reality exists. We can’t know the beginning for sure because science says that an observer has to be there. Well, our belief is we know there was an observer there, and He has spoken to us.”

Francis said the unity among TMU’s professors allows them to do science without debating whether it exists, which allows them to move ahead with projects without getting stuck on philosophy.

“So what’s really awesome and refreshing is, we don’t have to have an internal debate about whether God exists, or reality exists, we can start like Isaac Newton did with the idea that there is design in nature and we can look for it. And that ultimately should lead to scientific discovery.”

The 2020 Creation College Expo, a free program for seventh-to-12th graders, will run Thursday through Saturday. And Francis believes McClain, who teaches classes like biology of dinosaurs and essentials of geology at Master’s, will be an attractive selling point for TMU.

“He’s a dinosaur hunter, and he’s a serious paleontologist who’s been published,” Francis said. “He went to the Geological Society of America six or seven years ago and showed a discovery he made of a Tyrannosaurus bone with teeth marks on it. It’s very rare to find an actual dinosaur bone with true teeth marks. You have to go through a lot of science to show that the scrapings are actually teeth marks. He did that, and CNN showed up to talk to him.”

This time around, the questions will come from students looking for a biblically grounded science education.

Dr. Matthew McLain teaches in the Paleontology emphasis, where he takes students to study God’s creation in breathtaking locations like Death Valley and the Grand Canyon, and in the new Geoscience major.