The issue of global climate change has been an international and national discussion for several centuries, with intensified concern over global warming these last few decades. Recently, an international effort to stem carbon dioxide emissions called the Paris Climate Agreement has been adopted by many countries. The initiative will start in 2020 and will cost countries billions of dollars annually to implement. Scientific measurements have reportedly shown that the increase in carbon dioxide (CO2) gases in the atmosphere caused by both natural and man-made phenomena has corresponded with an increase in the temperature of the earth. 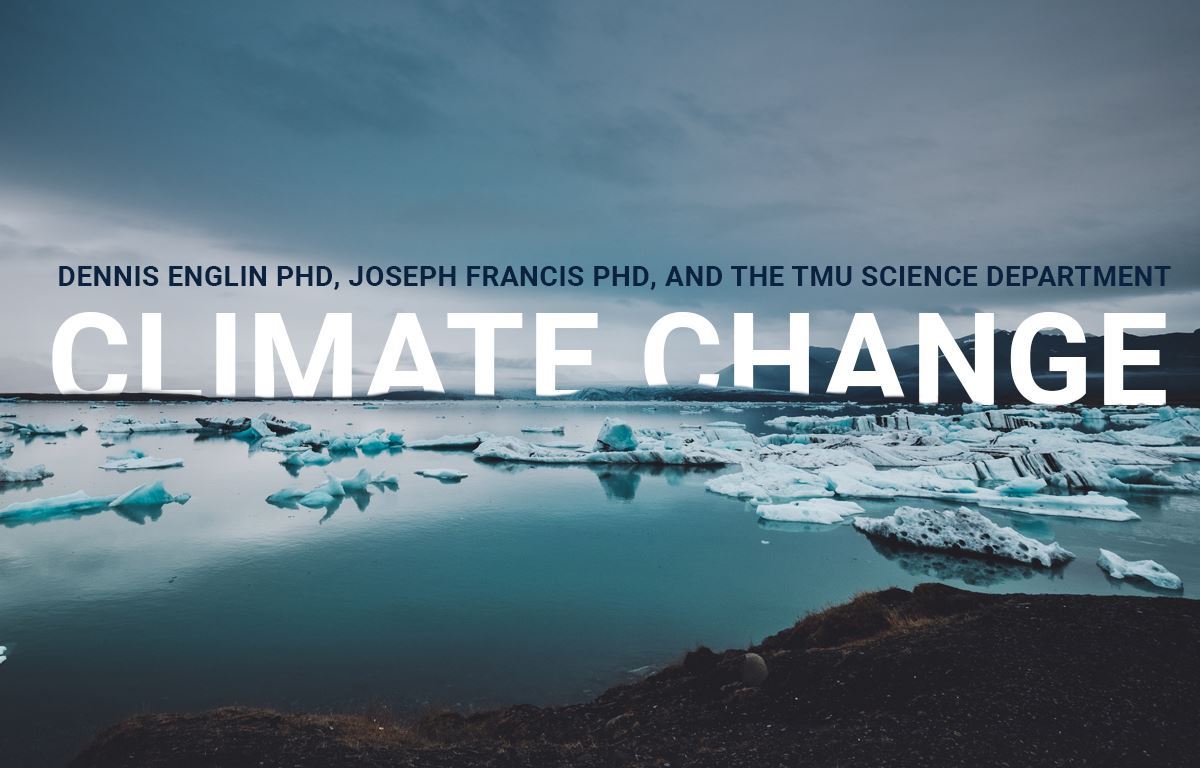 What should be the Christian’s response to this issue?

Since global climate change is not a new phenomenon and has happened in the past, it is important for Christians to consider earth’s history from a biblical perspective.

There is biblical and scientific evidence that suggests there was an ice age in the recent past and the earth has been warming ever since. For instance, there were massive ice sheets covering most of the North American continent and we have evidence that glaciers carved out large valleys. The usual discussions of global warming do not take these observations into account because the conventional belief in science is that the earth is very old. For instance, the melting of glaciers in Montana’s Glacier National Park is thought to be caused by current global warming, but a biblical view of earth history suggests that this is due to the aftereffects of the ice age that resulted from Noah’s Flood. Many scoff at this explanation because in their paradigm the Earth is extremely old and there never was a worldwide flood as described in Genesis (see footnote 1).

What about the effects on the global climate of burning fossil fuels and the corresponding release of CO2? When a planet has gases in its outer atmosphere that allow ultraviolet (UV) radiation from the sun to reach the earth, the surface of the planet gives off heat in the form of infrared radiation. The gases that allowed the UV radiation to pass through also reflect most of the infrared heat back to the planet, increasing the heat of the planet. This is called the Greenhouse Effect because this is how a greenhouse for growing plants operates. A prime example of a planet exhibiting this phenomenon is Venus. Venus has an atmosphere about 100x greater than that of Earth, and CO2 (cited as the most likely culprit) makes up about 90% of its atmosphere. In contrast to Venus, our atmosphere is much thinner and CO2 is very rare (about 0.04%). The greenhouse effect brought on by burning CO2-producing fossil fuels is far less significant than the causes of warming that instigated the recent melting back of the continental ice sheets.

One climate scientist with a Ph.D. in atmospheric science is Dr. Steven Gollmer. Dr. Gollmer is a creationist who has documented that global temperatures have gone through major cycles of cooling and heating over the last two centuries (see footnote 2). In fact, at the end of the 1800s during a cooling cycle there was concern about an ice age that could wipe out much of life on earth. Dr. Gollmer has noticed a trend in the data suggesting that in each case the temperatures level off and a new equilibrium or balance is reached (see graph). 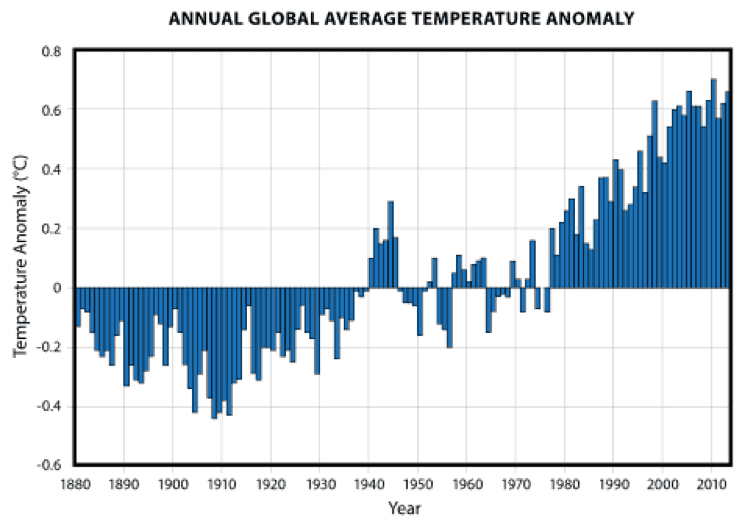 Thus it appears that in God’s creative wisdom He has made an earth that is resilient to major changes in temperature or changes in atmospheric gas composition.

Many may scoff at these ideas and truths from Scripture because there is a general idea that science and faith cannot coexist. While it is true that in some areas the Bible and current science do not agree, there is actually more agreement than disagreement when large scientific concepts are considered. Consider the following areas where the Bible and science agree about global phenomena, showing also that the Bible is instructive in areas of science.

Biblical Christianity provides hope for a world in despair over global change.

Not only does the Bible offer an explanation for the current warming trend on the earth, but it also provides a solution to the destructive nature of man through its offer of man’s reconciliation to God through Christ. The Bible also provides hope in several ways for a world in despair over global change.

What an amazing promise that we can see and witness every few months… The alarmist view of global climate change infers that extreme temperatures could diminish or eliminate the seasons observed and enjoyed over much of the globe.

However, God promises that this will not happen short of Christ’s return. Therefore, believers have little to fear about global climate change. On the other hand, as practicing believers we are to love our neighbor and care about their health and well-being by being good stewards of the “garden” environment all around us. What an opportunity we have to love our neighbor by caring for their environment, but more importantly caring about their heart condition by bearing the hope of the gospel of Jesus Christ to a world locked in fear about global change.

*Figure 1 (above) Has Global Temperature Leveled Off?

This diagram plots how much each year’s global temperature differs from the average between 1901 and 2000 (called the “anomaly”). Global temperatures have trended upward over the past couple centuries, with brief cooling during the years 1880–1910 and 1945–1965. Temperatures appear to plateau again in 1998.

1. Creationists believe that massive storms and volcanoes were part of the flood. The earth cooled after the flood because the ash in the air decreased sunlight, and clouds formed from the tremendous amount of evaporation created precipitation conditions for snow and ice to accumulate.