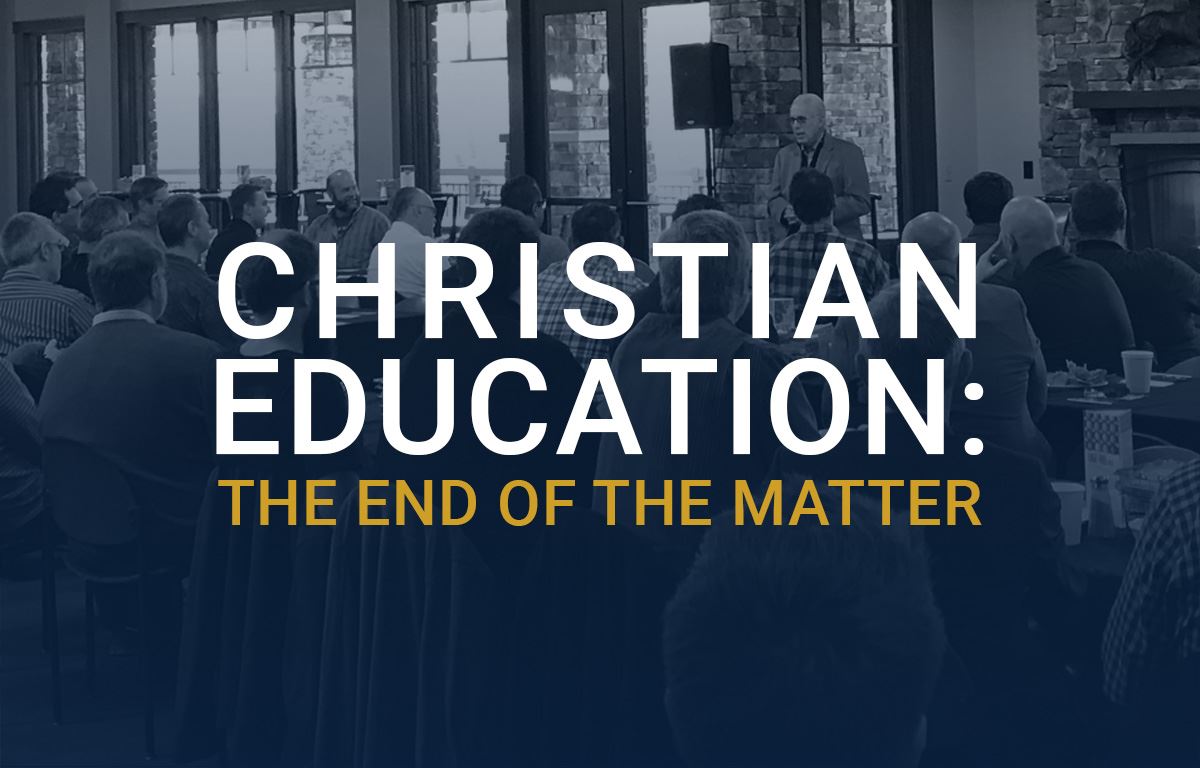 It was a simple conversation that brought tears to his eyes. “Dad,” his son said over the phone, “I have certain ideas as to what I’d like to do, but I don’t know if that’s what I’m going to end up doing. But now, I know what the big thing is, what the essential thing is.”

Pastor John Brown had been catching up with his freshman son about his first semester at The Master’s University and his future after graduation. Their conversation captured everything he’d prayed his son would attain: a deep knowledge and ownership of that “essential thing.”

Most 18-to-22-year-olds are dogged by several fundamental questions: “Who am I? How do I fit in? Am I loveable and loving? How am I competent?” according to the State Adolescent Health Resource Center. They are also constantly developing a more complex understanding of moral behavior, wrote the resource center in a document, and “question and assess beliefs from childhood and restructure these beliefs into a personal ideology.” These transitions are the crucible every adolescent goes through to reach adulthood. This period of time is the exact stage when young adults leave home and brave the world, whether through travel, jobs and internships or, most commonly, higher education.

At a time when young men and women are defining themselves, the people and influences with which they choose to surround themselves are crucial.

As the recent annual Shepherds’ Conference concluded, Dr. John MacArthur met with a group of visiting pastors over breakfast on campus at The Master’s University to discuss this critical window of time in a student’s life, Christian education and other topics ranging from personal to theological.

“We have three things we (TMU) focus on: developing wisdom, establishing convictions, producing leaders,” MacArthur stated. “If you haven’t been educated in the Word of God, you haven’t been educated at the most critical level. Leadership is influence and it shows up in a lot of ways, and we want to create people who have influence in this world.”

When Pastor Brown talked to his son over the phone, he discovered that this is exactly what had happened. “I see a developing, rooted commitment to Christ and a joyous discovery of what Christian discipleship entails,” Brown said. “Just the other night I told my son: ‘You aren’t just our little boy anymore. You are now a young man who is following Christ on his own.’”

This isn’t an isolated story of one father and son. There are countless testimonies about the work being done in the lives of students at university.

David Hegg, pastor of Grace Baptist Church in the Santa Clarita Valley, said his three children greatly benefitted from the grounding that TMU gave them.

Dr. Jeff Crotts, head pastor of Anchorage Grace Church in Alaska, said, “As a dad watching your daughter respond to the community here, it’s unbelievable. There is no doubt in my mind that a Christian education is worth investing in. When I pay my tuition check every month, I’m investing in my daughter’s sanctification.”

Radio host David Wheaton has a 5-year-old daughter and, already, he and his wife are discussing education. “So far, there is no place that we know of like Master’s,” he said. “It starts at the top with Dr. MacArthur and the doctrine and worldview, as well as the faculty, all of which permeate the whole university.”

His brother Mark, a medical doctor, added, “I haven’t heard of any college that combines top notch academic training with unparalleled Christian training and teaching. I took note of the fact that the placement of students pursuing medical schools around the country is 95 percent.”

“It’s a rigorous knowledge, turned to wisdom under the Word of God,” MacArthur said. Unlike secular and many “Christian” institutions, The Master’s University does not dismantle student’s convictions that have been cultivated by parents and pastors. Instead, we build on those convictions and establish them in their hearts for a lifetime of usefulness for Christ.

The focus of every course, chapel service and activity at TMU is, what the wisest man to walk the earth called, the end of the matter. “The end of the matter; all has been heard. Fear God and keep his commandments, for this is the whole duty of man,” Solomon wrote (Ecc. 12:13), and “Remember…the Creator in the days of your youth” (Ecc. 12:1).

Pastor Brown’s son finished the conversation over the phone, “Dad, I am no longer living for me.” This is the goal of a faithful church, this is the goal of The Master’s University, and together they instill convictions that prepare young men and women for a lifetime of influence.

Why Study Bible at The Master's University?