Husband, father, foster parent, software engineer — these are just a few of the titles that alumnus Matt Hogstrom has gained over the years. A Burbank, Calif. native and graduate of The Master’s University Degree Completion Program (formerly the Center for Professional Studies) in 1996 with a degree in Organizational Leadership, Hogstrom now works as a chief architect and distinguished engineer for IBM’s z Systems and Cloud Services. It’s a career that in the last 18 years has taken him to every continent except Antarctica and enabled him to develop or contribute to more than 20 software patents.

When he is not traveling the world to speak with customers or earning recognitions like IBM’s prestigious Corporate Award, Hogstrom can be found at home in North Carolina, where he and his wife Belinda care for their five adopted sons and daughters and an ever-changing number of foster children. More than 70 children, many with special needs, have come through the Hogstroms’ home during their marriage. 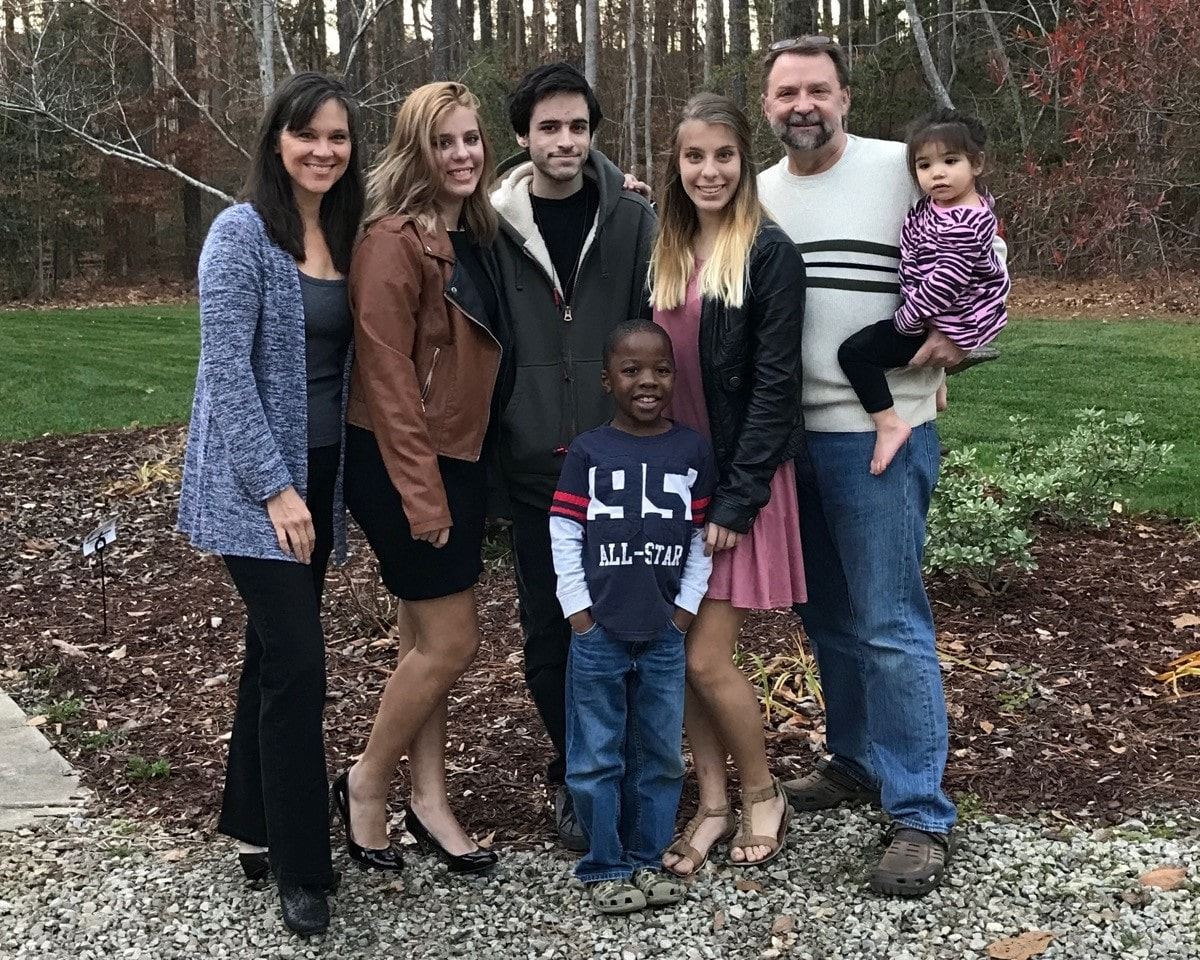 It all began back in the late 1980s, when Hogstrom, then unsaved, was a mainframe systems engineer for Newhall Land and Farming in Santa Clarita, Calif. Hogstrom had grown up in a nominally Lutheran family and assumed he was a relatively good person.

“…whatever I didn’t know, God would explain to me when I got to heaven,” he thought.

Through the faithful witness of a coworker who happened to attend Grace Community Church, Hogstrom came to know the Lord. So, when he determined to go back to school in his early 30s and finish his bachelor’s degree, “I decided that it would be best if I aligned my vocational education with a good underlying spiritual grounding that was consistent with my beliefs, as opposed to just a secular school,” he said.

While a student, Hogstrom appreciated the consistent biblical context of the curriculum and the practical expertise that each of his professors brought to class — men like Bob Turner and Doug Bookman, who spent years in business and ministry before beginning to teach.

“It wasn’t purely academic …” he said. “Theory is interesting; application is critical from my perspective. That’s what solidifies it for me.”

But as Hogstrom finished his degree and continued to pursue professional excellence at companies like Kaiser Permanente and Rite Aid Pharmacy, his personal life took an unexpected turn. Not long after he and Belinda got married in 1993, they discovered they were unable to have children. It was devastating news, but Hogstrom also emphasized God’s sovereignty and graciousness in guiding them to build a different kind of family. They adopted their first son in 1996.

After serving as foster parents in California for three years, the Hogstroms moved to Pennsylvania so he could pursue a job in Rite Aid’s IT department. While in Pennsylvania they had their first experience fostering medically fragile children: twin girls who had been born 12 weeks premature and spent the first few months of their lives in a neonatal intensive care unit.

When Hogstrom accepted a position at IBM in North Carolina, God’s sovereignty was again evident. The twins’ adoption became final on the day the moving truck arrived.

Since becoming licensed as foster parents in North Carolina, the Hogstroms have cared for numerous children with serious medical conditions, everything from liver failure to breathing problems to brain damage.

Their second adopted son was one of them. The Hogstroms offered to provide him with a permanent home so that he would become eligible for a liver transplant.

“He was with us for three years before we finally had the privilege of adopting him, too,” Hogstrom said, later adding, “…it’s interesting how God kind of uniquely prepared us over time. It wasn’t like we hit the ground running. In fact, we were kind of going in a different direction, but God very gently guided us into a path that I don’t think we otherwise would have chosen, but nevertheless it’s ended up being super positive.”

In 2017, they welcomed their youngest daughter, another foster child, into their family.

Throughout the last 25 years, the Hogstroms clearly see how God has turned their home into a mission field, constantly bringing members of the community through their front door — both the children in need of a loving family and many social services employees.

“Through no fault of their own, there’s these little kids that are having all these issues. Who’s going to care for them?” Hogstrom said. “…we’re kind of uniquely in a position to be able to take care of them and show God’s love. … I’ve got social workers, therapists and fire inspectors and police and all kinds of people that are now visiting our home on a regular basis because of the kids, and so they have an opportunity to see the gospel in action… In this particular case, our mission field is our home, and our home is being inundated by people who we otherwise would never have invited in.”

It’s the kind of lasting contribution to the Kingdom of God that we pray all of our alumni will make. To learn more about the work that God is doing through the Hogstrom family, visit Belinda Hogstrom’s blog at www.psalm1139mama.blogspot.com.