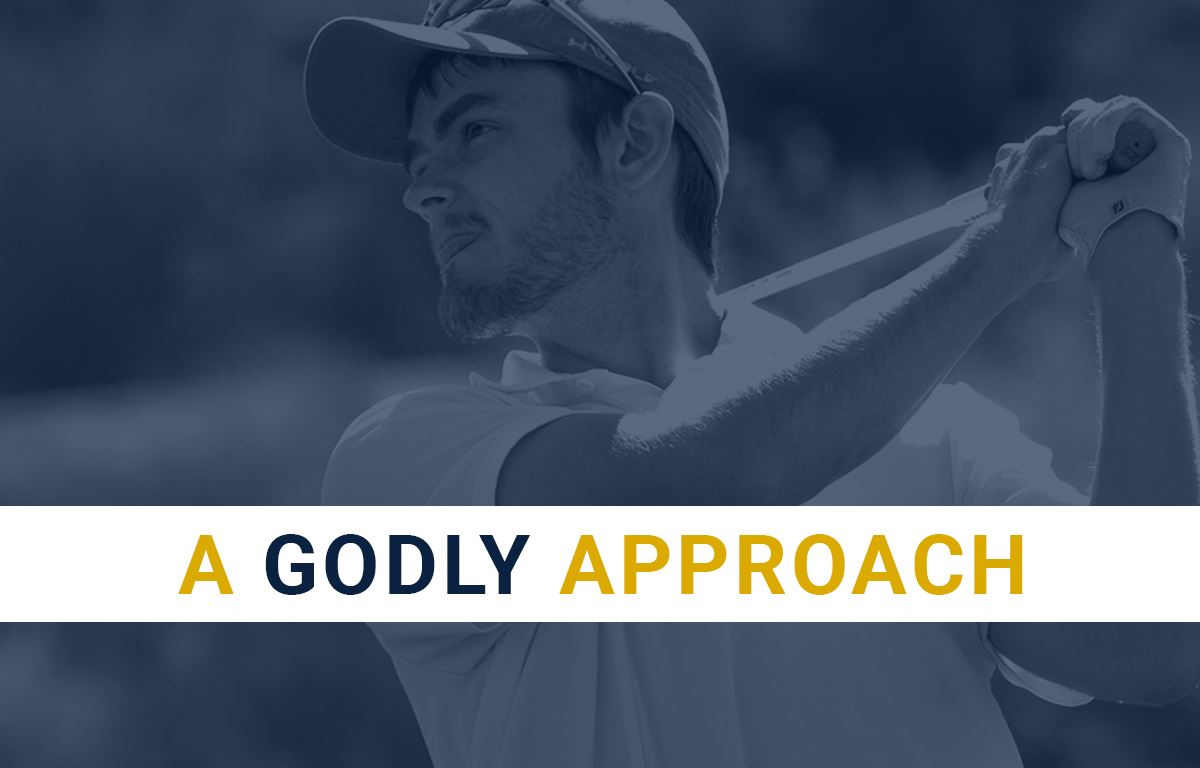 Samuel Eisenhuth had a problem.

The Mustang golfer had come to Master’s both to sink putts for par and birdie and to parse Greek sentences so he could one day preach from a pulpit.

But, as he readied for his sophomore year, he came to believe TMU’s extension program in Israel would benefit the latter goal, a plan with one complication: He’d have to forgo half of golf season.

In reality, Eisenhuth — who decided on Israel and graduated earlier this month with a 4.0 in biblical exposition — never had to choose between the two.

“He has led our team in every way possible,” Semelsberger said after Eisenhuth was named to the NAIA Ping All-Region team last week, more than four years after they spoke for the first time.

Back then, they discussed connecting in Palm Springs at a golf tournament that Eisenhuth’s high school was set to play in.

Eisenhuth — then a junior from tiny Embarrass, Minnesota (he says he’s actually very proud of his hometown) — made the trip and shot a career-best round. Afterward, coach and recruit discussed life, golf and God for the better part of an hour.

“Before coming, he told me, ‘Coach, I either want to be a pro golfer or a pastor,’” Semelsberger says. “And I said, ‘I think Master’s is going to be a good place for you.’”

It’d be hard to argue otherwise. Eisenhuth flourished under TMU’s faculty, finding his eyes opened to God’s glory by Dr. Todd Bolen’s class on the book of Isaiah and his understanding of the Bible imbued with meaning through the influence of Dr. Abner Chou.

“He blows your mind again and again,” Eisenhuth says of Chou.

On the golf course, Eisenhuth turned a mental corner sometime between his sophomore and junior years. He realized he wasn’t worshiping God with his play. His worth, he says, too often added up only to his score.

“That’s honestly what you’re defined by in the eyes of other people,” Eisenhuth says. So, he set out to focus on two things: One, he reconsidered his definition of success. If he played free of fear and full of confidence, if he maintained a joyful attitude, he would call it good.

“I’m a guy who takes things really seriously,” Eisenhuth says. “Relaxing on the golf course, having fun with it, if I do those things well, that’s a success, and it honors the Lord.”

Eisenhuth, a team captain, then tried to model his newfound mindset for his teammates.

Eisenhuth admits he wasn’t perfect. “The guys can attest to that,” he says. But Semelsberger saw the senior’s impact even in seemingly small things like reading. Every spare moment on the road, it seemed, Eisenhuth had a book in hand, whether for personal growth or for class.

“Having a guy that models reading is a huge example,” Semelsberger says.

As for golf, Eisenhuth’s mental shift unlocked a memorable senior season, when he posted the Mustangs’ lowest score in seven of the team’s eight tournaments. He earned the medalist honor at the Firestorm Invitational in Phoenix in November, which leads to another, far simpler reason for his success in 2017-18: He was at Master’s for the entire year.

After spending the fall of his sophomore year in Israel (where “they called him ‘Gramps.’ He’s always been like 20 going on 40,” says Semelsberger”), Eisenhuth married his childhood sweetheart, Leslyn, over the summer.

Leslyn — whom Eisenhuth met in a homeschool rendition of the Nativity scene in sixth grade (she was Mary, he was a shepherd and admittedly jealous of Joseph) — still had classes to finish at Stephen F. Austin State University in Texas at the time. Eisenhuth remained with his wife for the fall semester.

“It was bittersweet — bitter in the sense that it was hard being away. I definitely felt like I got behind a little bit, golf wise,” Eisenhuth says. “But at the same time, it was really sweet. It was the first month that we were married.”

Eisenhuth similarly described learning earlier this month that he would not be moving on to the NAIA Men’s Golf Championship as an individual, despite his recent all-region honor. He finished tied for 19th overall at the event in 2017.

“It was really, really hard. Obviously I had a bunch of different emotions when I received the news,” he says. “But at the same time, I think God, in His kindness and mercy, has helped me accept that and move on and enjoy these last couple weeks in California.”

Samuel and Leslyn were set to leave this week for Jupiter, Florida, where he plans to attend The Expositors Seminary. The couple will use the next year to settle into a new home and prepare for the birth of their baby in December before Sam hits the books again. The closing of one of life’s chapters invites a final question about a word Eisenhuth spent four years redefining.

He came to Master’s to golf and to be equipped to preach. Success?

“I can honestly say looking back now that both those things have been fulfilled,” he says, “and then some.”