Hosted at The Master’s University, join for an incredible experience in celebrating the Savior’s birth. Starting November 30th with the Christmas Tree Lighting, come enjoy a beautifully decorated campus, themed vendor stalls and shops on December 3rd and 4th, specialty coffees and drinks at Trophy Coffee throughout, and the unmissable Come Christmas Sing! Concert. Family, friends, and neighbors are all invited. 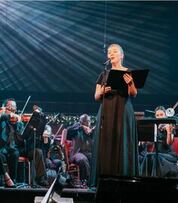 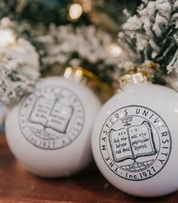 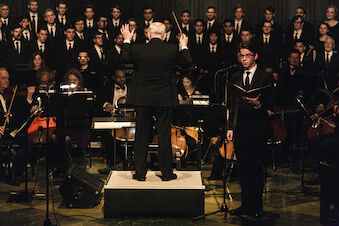 The Child of Prophecy

The Christmas story in the Bible begins several hundred years before that night in Bethlehem. One Old Testament prophecy after another promised a coming Savior—the Messiah, the Anointed One—who would redeem the people of God. The centerpiece of all the Christmas prophecies, Isaiah 9:6, was written nearly six hundred years before Jesus’ birth. Isaiah promised it would be a miraculous event, unlike any the world had ever known, and the details Isaiah gave were fulfilled precisely by Jesus.

For a child will be born to us, a son will be given to us; and the government will rest on His shoulders; and His name will be called Wonderful Counselor, Mighty God, Eternal Father, Prince of Peace.

Isaiah 9:6 is the most familiar of all the Old Testament prophecies about the birth of Christ. Handel included it as one of the great choruses of his Messiah oratorio. Chances are you either sing it or hear it several times every Christmas season.

Consider the rich truths in this one short verse and the attributes given to this extraordinary child. To the Jewish nation, Isaiah’s prophecy was news of a coming King. To the unsuspecting world, the prophecy promised a Savior, God incarnate, whose coming would dramatically and forever alter human history.

“A child will be born to us” is a statement about His humanity. He began life like any other human—as an infant. Isaiah doesn’t say more about this here, but we know from the New Testament that Christ experienced every temptation common to humanity, but He never sinned (Hebrews 4:15). As a man, He felt everything we feel, hurt like we hurt, wept like we weep, and in His death He even felt the weight of sin as He took ours upon Himself.

“A son will be given to us” speaks of the Savior’s preexistent deity. By saying “given,” not “born,” Isaiah suggests that Jesus existed before His birth. He was already God, the second Person of the Trinity, before He was given to us to be our Savior (Philippians 2:6-7). He came as the Son of God—God in a human body—to conquer sin and death forever. He is the perfect Son of God, the promise of the ages, the Holy One of Israel, the desire of nations, the light in darkness, the only hope for our lost world.

“The government will rest on His shoulders” looks beyond that first Christmas to a time still in the prophetic future when Christ shall reign over a literal, earthly, geopolitical kingdom that encompasses all the kingdoms and governments of the world (Zechariah 14:9; Daniel 2:44). In that day, the government of the whole world will rest on His shoulders, and He will reign as sovereign over a worldwide kingdom of righteousness and peace. In the meantime, His government operates in secret. His kingdom and sovereign rule are manifest within those who trust Him as their Lord (Luke 17:20-21).

Messiah’s kingdom has the answer to the world’s confusion. During His incarnation, Christ demonstrated His wisdom as a counselor. When people came to Him, He always knew what to say, when to reach out to a seeking heart, and when to rebuke an impetuous soul. The testimony of those who heard Him was, “Never has a man spoken the way this man speaks” (John 7:46). Christ is the source of all truth (John 14:6), and it is to Him that we must turn to make sense of life’s confusion. Jesus is the Counselor who knows everything. He knows all about you; He knows the needs of your heart; He knows how to answer those needs. And He always gives wise counsel to those who will hear and obey Him.

The King is the Mighty God and His kingdom is free from all chaos. “God is not a God of confusion but of peace” (1 Corinthians 14:33), which means chaos is antithetical to who He is. Christ the King loves to step into a life of chaos and not only provide wonderful counsel, but also display His divine power by bringing order. He not only tells His subjects what to do as a wonderful Counselor, but He can energize them to do it—because He is the Mighty God. In Jesus we have a sovereign Master who can forgive sin, defeat Satan, liberate us from the power of evil, redeem us, answer our prayers, restore our broken souls, and reign over rebuilt lives, bringing order to chaos.

We tend to cringe at the word “government,” picturing an administrative labyrinth. But our Messiah’s kingdom is not like that. He requires no bureaucracy; He shoulders His government by Himself. He can do it because He is the eternal Father, or as the phrase in Isaiah 9:6 is literally translated, “the Father of Eternity.” Christ is Creator of heaven and earth. According to God the Father’s own testimony, the Son—Jesus—was the Person of the Godhead who created time out of eternity and fashioned the universe from nothing (Hebrews 1:10-12). Nothing is too difficult for the Creator and Sustainer of everything. Infinity and all its intricacies are nothing to Him who is the Alpha and Omega, the First and Last, the Beginning and the End—the Father of Eternity. He declares the end from the beginning (Isaiah 46:10). He is in complete and sovereign control, He sees the end of everything, and He guarantees that all things will work together for the ultimate good of all His kingdom’s subjects (Romans 8:28).

In Messiah’s kingdom there are no conflicts because He is the Prince of Peace. He offers “peace from God” (Romans 1:7) to all who receive His grace. He makes “peace with God” (Romans 5:1) for those who surrender to Him in faith. And He brings the “peace of God” (Philippians 4:7) to those who walk with Him. As we hear so often at Christmas, the beginning of His earthly life was heralded by angels who pronounced peace on earth (Luke 2:14). There never really has been peace on earth in the sense we think of it. Wars and rumors of wars have characterized the entire two millennia since that first Christmas, as well as all the time before it. The announcement of peace on earth was a two-pronged proclamation. First, it declared the arrival of the only One who ultimately can bring lasting peace on earth (which He will do when He returns to bring about the establishment of His earthly kingdom).

But more importantly, it was a proclamation that God’s peace is available to men and women. Read the words of Luke 2:14 carefully and note this emphasis: “Glory to God in the highest, and on earth peace among men with whom He is pleased.” God is pleased with the people who yield their lives to Him. “The Lord takes pleasure in those who fear Him, in those who hope in His mercy” (Psalm 147:11 NKJV). When the angels proclaimed peace on earth, they were speaking primarily of a very personal, individual application of God’s peace that grows out of a firsthand knowledge of the Prince of Peace.

The prophetic message of Christmas is the good news of God’s answer to all the confusion, chaos, complexities, and conflicts of life. It is the gift of the newborn infant who is also the Father of all eternity. He is an innocent child, yet He is a wise Counselor and mighty King. He is God with us. Immanuel.

This Christmas, consider the wonderful promise of Christ, and how He has fulfilled these rich prophecies in your life through His saving, sanctifying, and sustaining work.

Excellence in music is our passion because glorifying God with our best offering is what drives us. The ensembles at The Master’s University have performed across the country and the world, taking the stage in prestigious venues and appearing alongside industry professionals. Come Christmas Sing!, led by Dr Paul Plew, is performed by The University Singers and the University Orchestra.

Learn about the School of Music